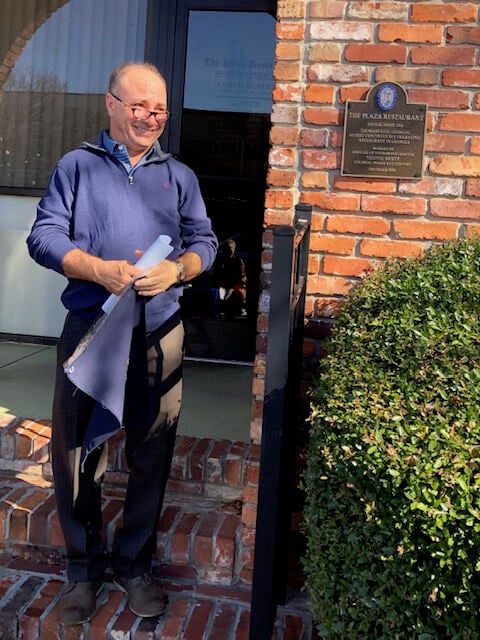 The Plaza owner Michael Regina smiles after the marker is unveiled. 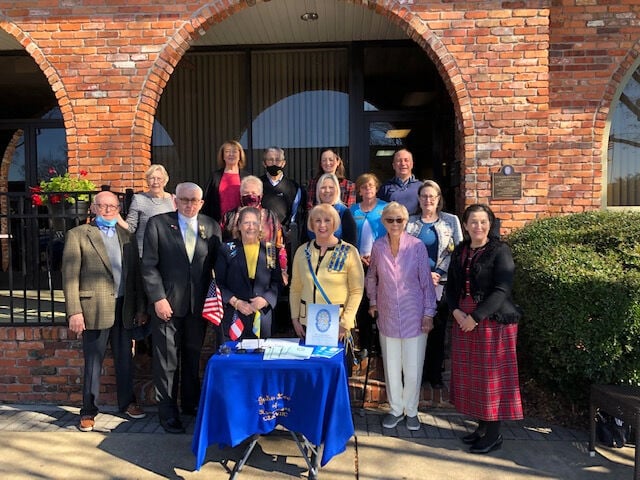 Shown above are 17th Century Dames and guests at the unveiling of The Plaza historical marker. 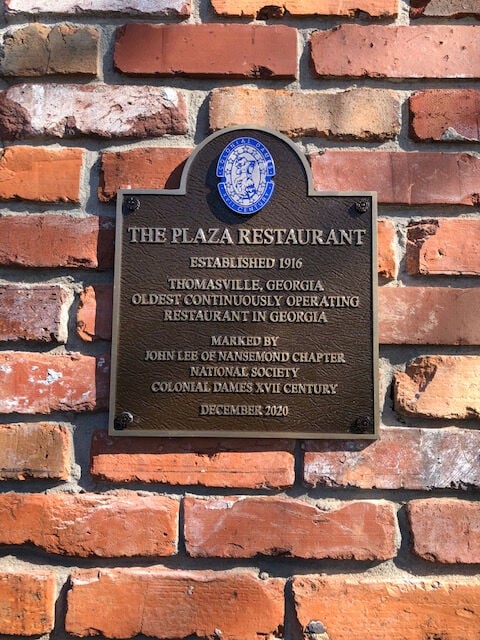 The marker at The Plaza restaurant is displayed.

The Plaza owner Michael Regina smiles after the marker is unveiled.

Shown above are 17th Century Dames and guests at the unveiling of The Plaza historical marker.

The marker at The Plaza restaurant is displayed.

The John Lee of Nansemond Chapter, National Society Colonial Dames Seventeenth Century placed a bronze plaque on the Broad Street side of The Plaza restaurant. The historical marking ceremony was in commemoration of the 104th anniversary of the establishment of The Plaza. It is the oldest continuously-operating restaurant in Georgia.

Special guests at the marking were Georgia State President, CDXVIIC, Sherryll Taylor Miles of Whitesburg, Brenda Bush, state finance chair of Albany, and two former owners of The Plaza, George Mathes and Andrew Poulos, who were the longest owners during the 104 history of the restaurant.

Current owner of The Plaza, Michael Regina, presented the history of The Plaza. When asked what the secret to the long life of The Plaza is, he said. “Simply giving good food for a good value and serving the people what they want in a pleasing and courteous atmosphere.”

The Chapter President and Marking Chairman Jinanne B. Parrish commented that the National Society Colonial Dames Seventeenth Century was founded the same year as The Plaza.  She gave the following tribute: “The City of Thomasville is well blessed to have such a fine facility of this magnitude.  Just like our Big Oak, Victorian Christmas, the Rose Festival and the old bricks on the streets, The Plaza is so much a part of the lives of the citizens of Thomasville.  May The Plaza continue as a tradition on South Broad Street and be of service to this community for another 100-plus years.”