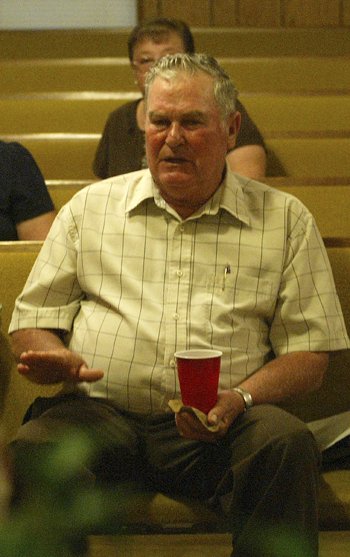 Bobby Stanaland sits on the front row while listening to the musicians. Occasionally, he sings with them. 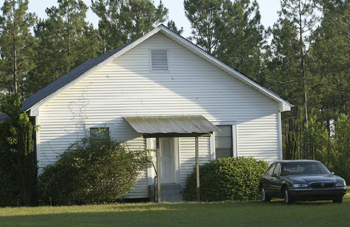 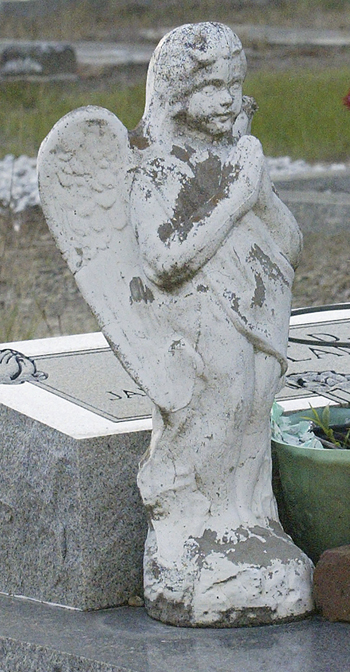 This angel statue rests atop one of the newer graves at 128-year-old Providence Church.

Bobby Stanaland sits on the front row while listening to the musicians. Occasionally, he sings with them.

This angel statue rests atop one of the newer graves at 128-year-old Providence Church.

Even at the ripe, old age of 128, she remains very much alive. Her heart beats particularly strongly on the third Saturday of every month when a group of local men and women jolt her with the sound of gospel music.

A decade has passed since Providence Church, a tin-roofed structure on Widow White Road in northern Thomas County, hosted regular religious services. It has been a musical hot spot for the last couple of years, however.

“It’s better for it to be used for something,” said Bobby Stanaland, the church’s 68-year-old owner.

Stanaland’s ancestors were key figures in the formation and development of the facility formerly known as the Church of Providence. It started shortly after Mitchell County’s Jerry Hurst donated a couple of acres to a group of God-fearing men on March 8, 1883.

“It was a thriving place when I was coming up,” Stanaland said. “It would be filled for once-a-month services, and there would be 200-300 people for (Flint River Primitive Baptist) association meetings. They’d have to put benches under the pine trees for all the people.”

Stanaland did not want to see the church fall into a state of disrepair, so he decided to make it available to his musically inclined friends. It is also used for his family’s annual reunion.

“We look forward to (the concerts),” he said. “We don’t get to see some of the people but once a month. It’s almost like a monthly family reunion.”

Stanaland and his children are spending today preparing for their real family reunion. The Stanaland clan has gathered at the church on Memorial Day weekend for about 30 years.