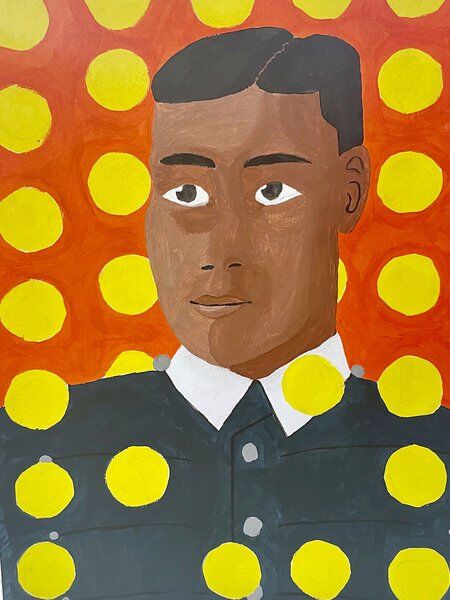 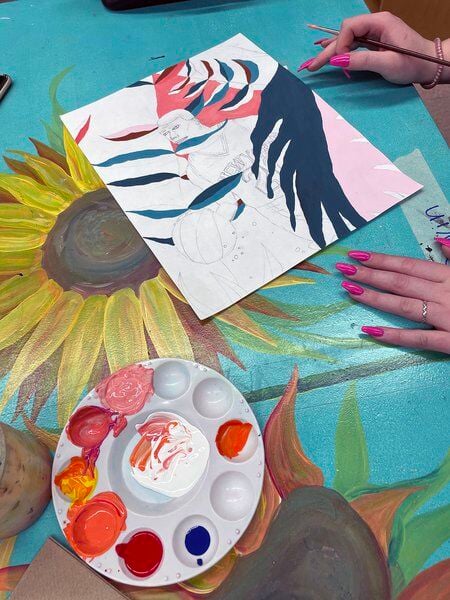 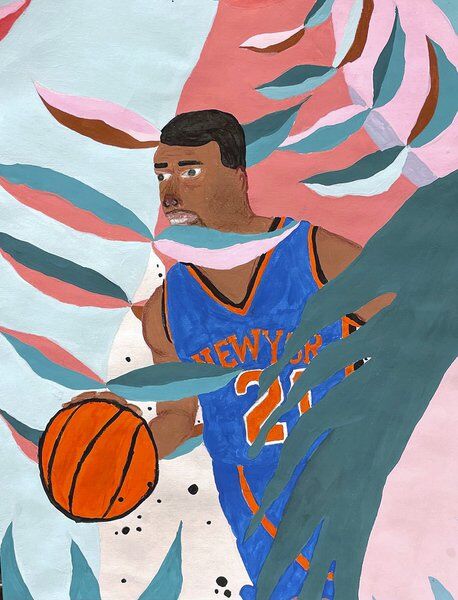 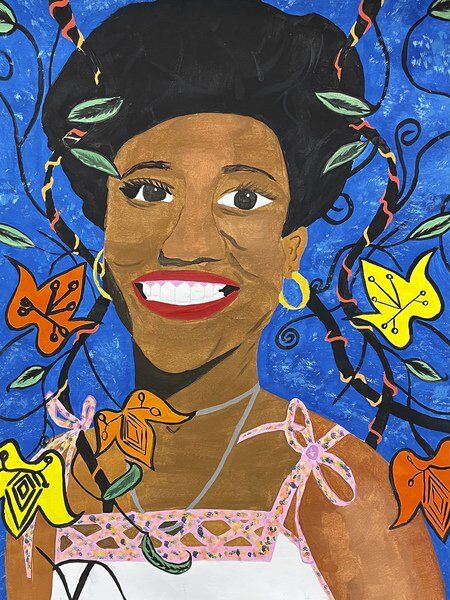 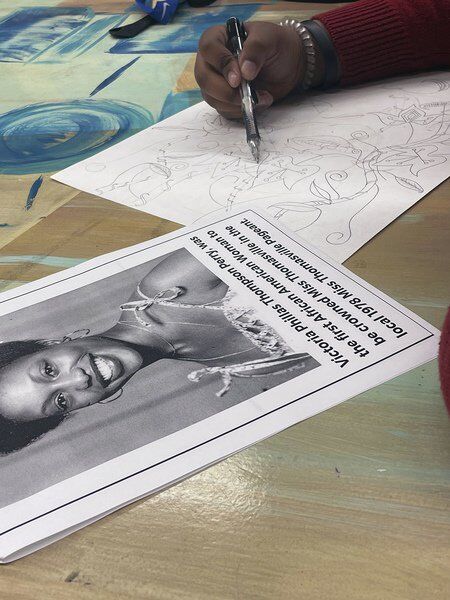 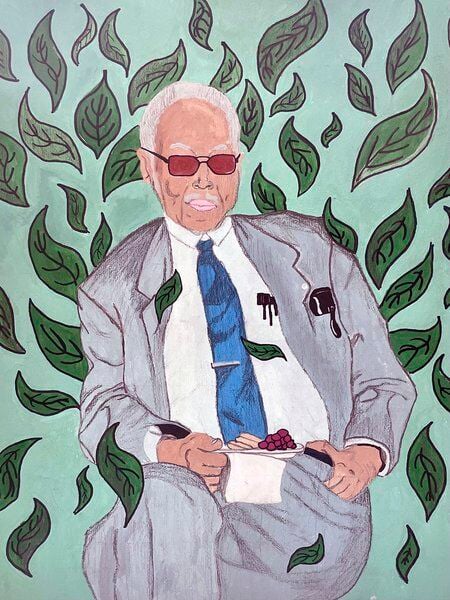 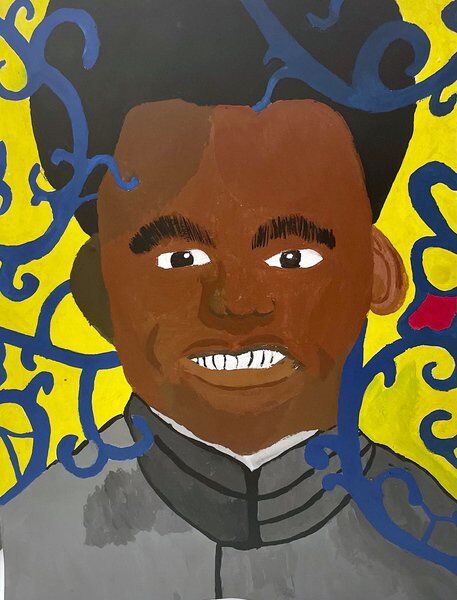 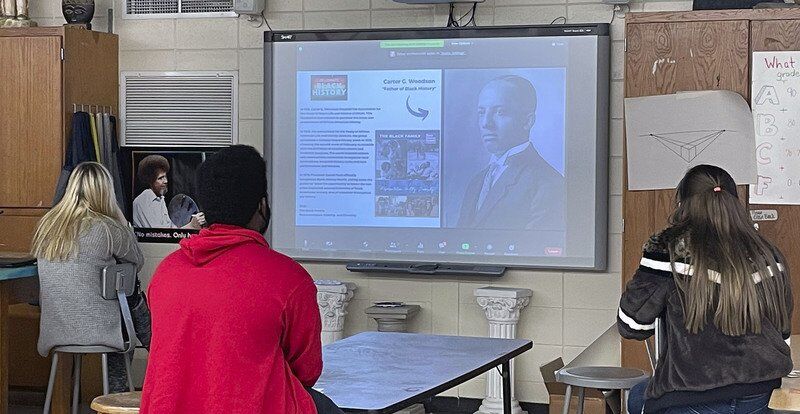 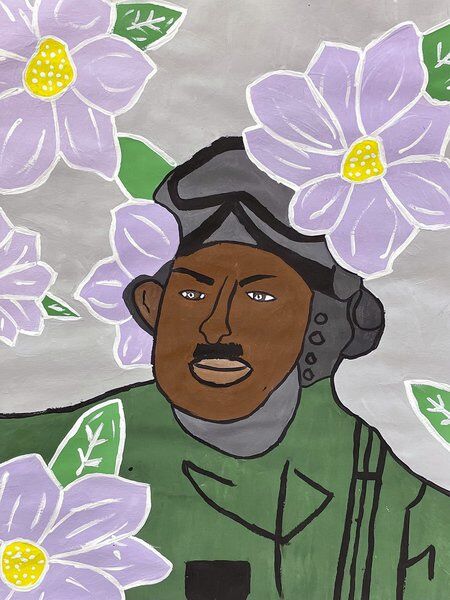 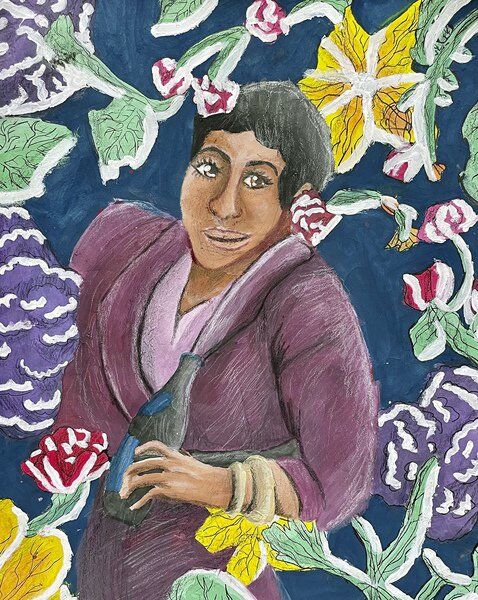 THOMASVILLE – February was Black History Month. To celebrate, students in Thomas County Central High School Visual Composition III and IV classes had an opportunity to learn about its importance through local figures.

“Hearing this, I wanted to educate myself and my students on these figures that have played a vital role in our history,” she said.

Pittman, who grew up in Thomasville, chose to partner with the museum because it displays and houses information on local African American heroes and figures who made a difference here and elsewhere.

“I wanted my students to know that you can make a difference or better your community, and the examples shown at the museum do just that,” she said.

The teacher planned the project before the school year began. When the time came to present the assignment, Pittman pitched artist Kehinde Wiley and the style upon which students would create their pieces.

“Kehinde Wiley is an inspiring African American artist,” Pittman said. “He has been painting since a very young age. His goal as an artist is to create artworks that refer to past renaissance artworks that display white figures in noble and in positions of power, and juxtapose that imagery upon African American figures in that same painting style.”

Afterward, they zoomed with the museum, which shared information on more than 20 local noteworthy African Americans, and students picked the individual that most inspired them.

“I picked him because his hair reminded me of mine, and he is still alive,” Hollis said.

“I really enjoyed this project because I got to learn about Mr. Charlie, who came out of the small town I live in and made it big,” she said.

Then, students got to work.

“The museum prepared packets for each figure that included the information from the presentation and photo options for the students to choose from,” Pittman said. “Next, students started drawing pattern backgrounds that overlapped and went behind the drawing of their chosen figure. After, the students began to paint their paintings. Students not only learned about local African American history and an African American artist, but art elements and principles such as value, pattern, and space.”

Senior David Vasquez, 18, enjoyed the experience and discovered the need for more paintings of African Americans.

“It is important to celebrate Black History Month to commemorate the many endeavors and successes that Black people have overcome and achieved through history,” he said. “It (this project) was made to recognize some of the many Black people in our community who had accomplished many things.”

Vasquez chose Dr. Louis P. Clark for his science connection because he wanted to major in chemistry. However, the project helped him discover his potential to major in art too.

“This project was pretty cool to do because it was my first time painting a portrait of someone,” he said. “I like how we got to choose the background and paint someone in a royal manner (like Wiley).”

Pittman hopes her students take away from this lesson the desire to expand their net wider when examining history and potential creative subjects.

“I want students to gain respect for the African American influence upon the world we live in today,” she said. “I also want my students to see diversity in the artists I feature in my classroom. Art is for anyone, of any race, to express themselves, their emotions, and thoughts.”

Junior Adrian Ellis, 17, found the assignment enlightening and said it is important to look back at Blacks’ accomplishments.

“I think this project was a great idea to showcase historical figures from Thomasville,” Ellis said. “The special part of this Black History Month project was learning about the important heroes in our community. It has shown me that Thomasville has many.”

“I got to understand how many people struggle but work very hard to reach their dream with nothing stopping them,” she said. “It is important to celebrate Black History Month so we can understand how many amazing role models are here for younger people of different races.”

The Jack Hadley Black History Museum will highlight the students’ work throughout March.