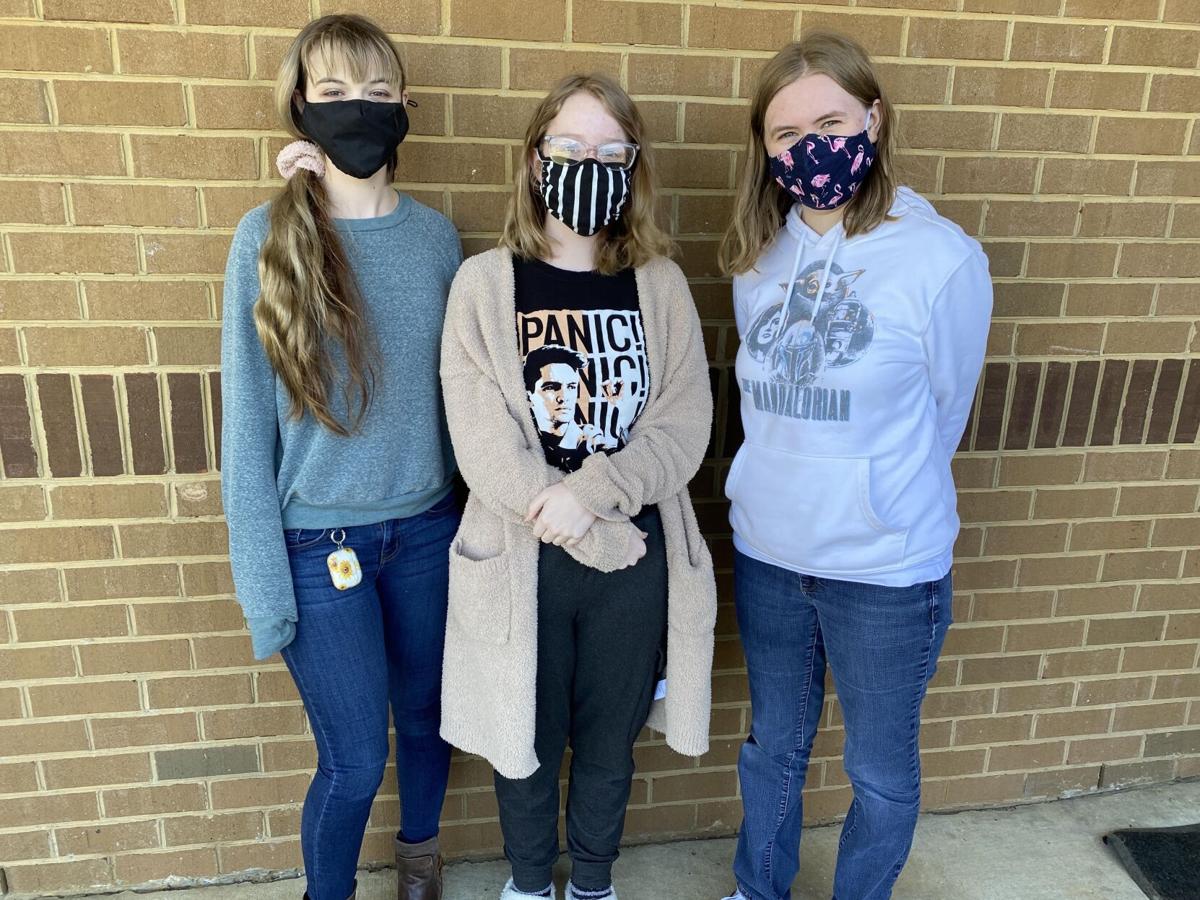 Sydney Jackson, Darlynn Brooks, and Katie Marcum placed fourth for their production of a music video for SkillsUSA. 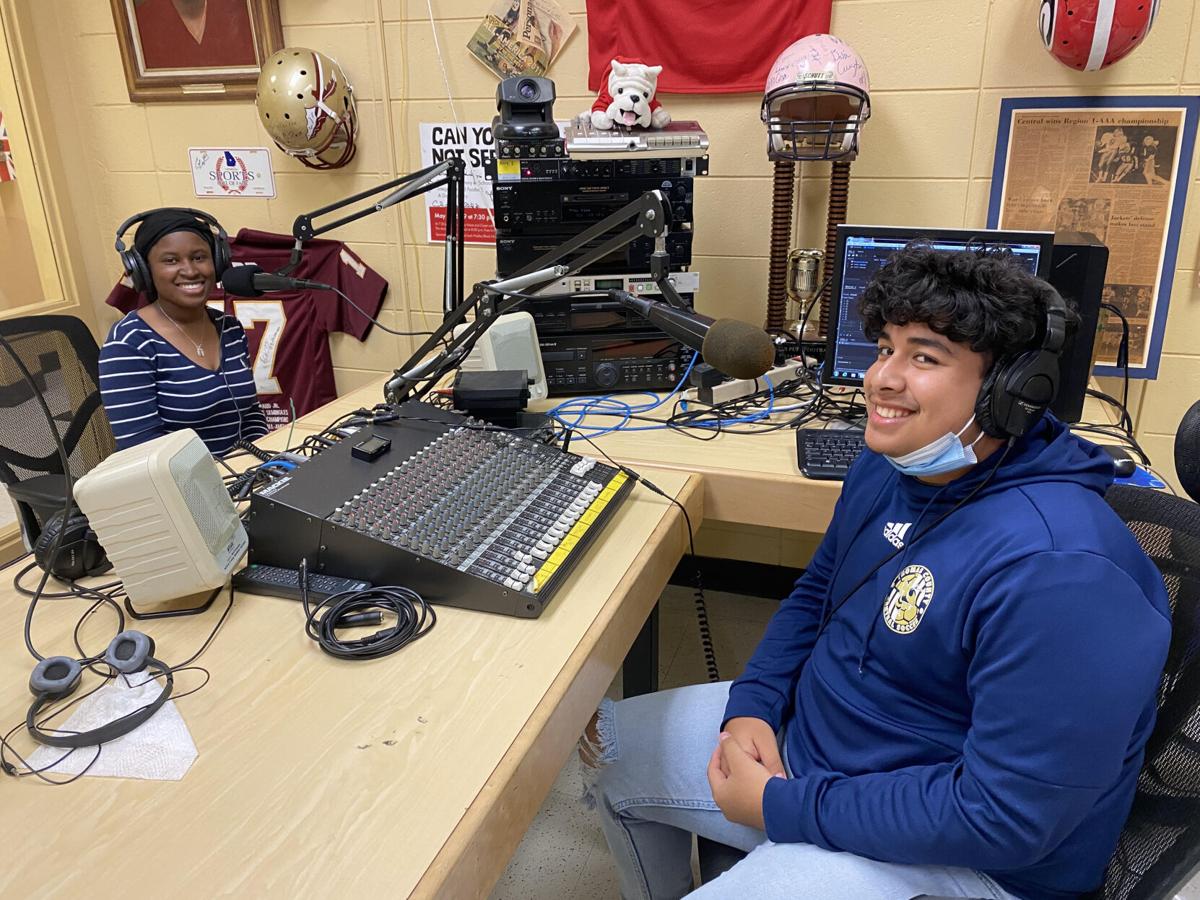 The duo of Mya Cooney and Alfonso Perdomo placed second in the state in audio/radio production for their production of a podcast regarding Vanderbilt athlete Sarah Fuller. 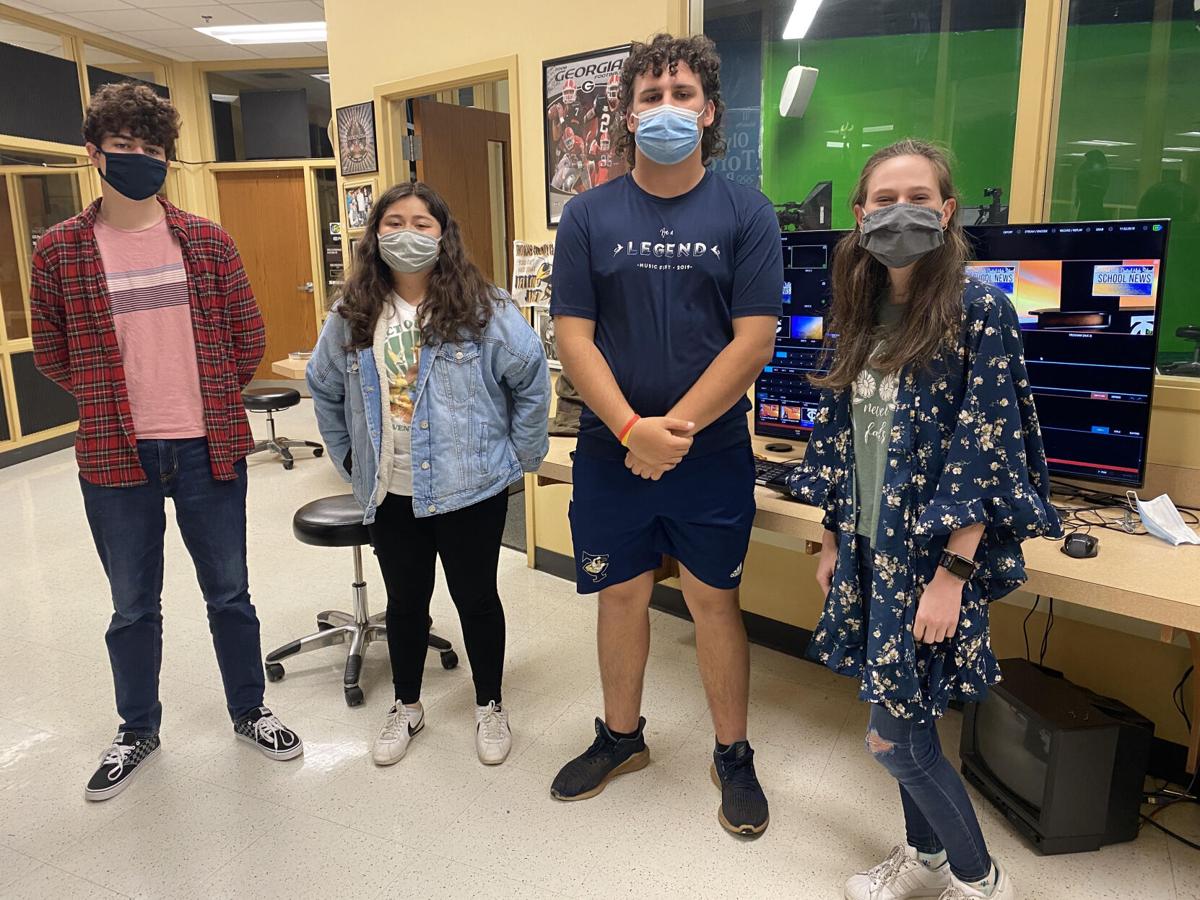 Sydney Jackson, Darlynn Brooks, and Katie Marcum placed fourth for their production of a music video for SkillsUSA.

The duo of Mya Cooney and Alfonso Perdomo placed second in the state in audio/radio production for their production of a podcast regarding Vanderbilt athlete Sarah Fuller.

The department won a gold medal in the broadcast news competition. The team of Drew Parker, Kael Anderson, Emma Smith, and Yadira Perdomo won first place for their submission of the school’s daily news show, Jacket Nation News. Parker and Anderson comprised the technical crew running the equipment for the show, while Smith and Perdomo were the on-air talent news anchors for the production.

“To win first place overall in Georgia came as a bit of a shock to me!,“ Smith stated of the win. “I can only speak for myself, but I was participating mainly because I enjoy anchoring so much in our class. I am so proud of our department and the effort every member put in.”

“I was so pumped finding out we won,” Perdomo said. “It was just a surreal experience overall, and knowing that we ALL placed so well makes me feel very proud to be part of the TCCHS Broadcasting Department!”

A silver medal was awarded to the team of Mya Cooney and Alfonso Perdomo in the audio/radio production category for their production of a podcast about the impact of Vanderbilt athlete’s Sarah Fuller on the world of sports. Fuller was the first woman to participate in a Division 1 college football game last year.

“After hearing the news I was excited because our hard work from making a good production paid off,” added Cooney. “The TCCHS Broadcasting department is amazing with how teachers prepare us for every aspect of media. The success of the department can be seen in our achievements today!”

The department also received special recognition for the music video production team of Darlynn Brooks, Katie Marcum, and Sydney Jackson, who created a video to illustrate the importance of teamwork.

“I’m so excited for all of us in our department who placed, and I’m happy we were recognized, “Jackson said. “We devoted a lot of time to our projects, and I want to say thank you to Thomas County Central High School’s AVTF department for giving me the opportunity to do this. I had so much fun!”

SkillsUSA is a partnership of students, teachers and industry working together to ensure America has a skilled workforce, providing educational programs, events and competitions that support career and technical education in the nation’s classrooms.

The Thomas County Central AVTF department is led by teachers Randy Young and Kristy Maxwell, and has won numerous state and national honors.