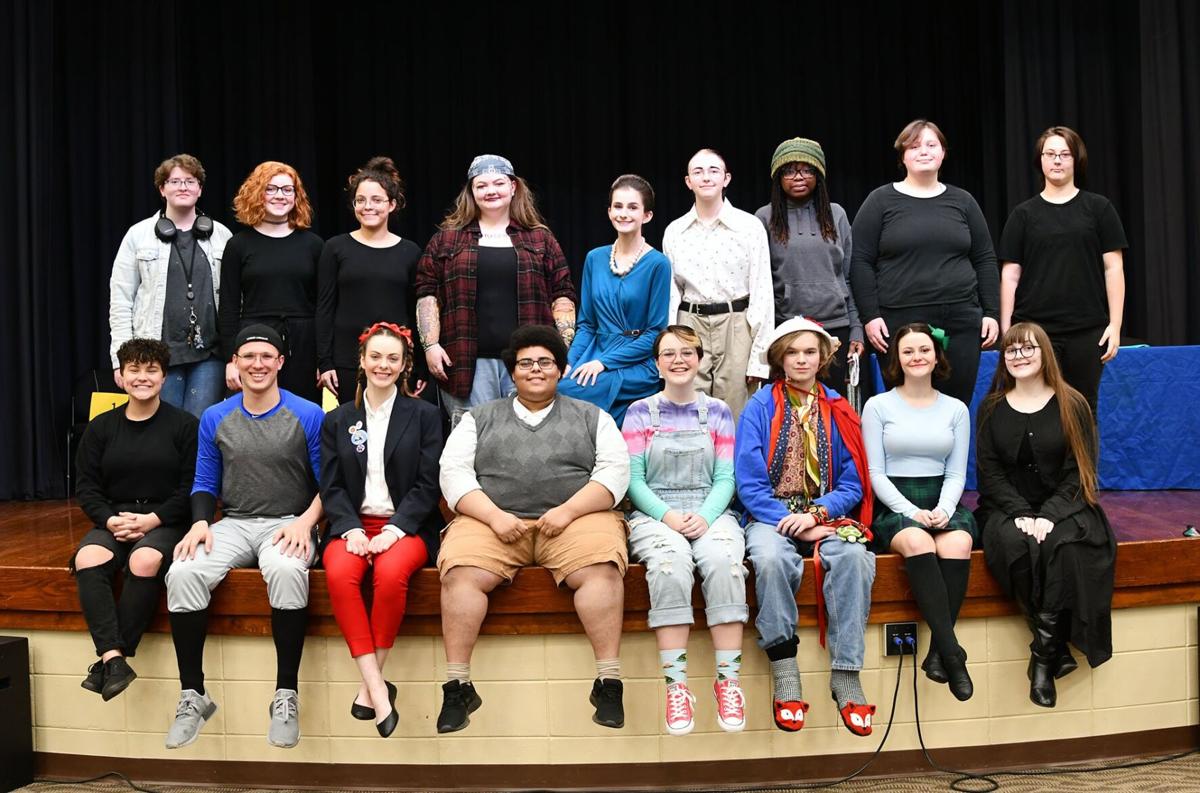 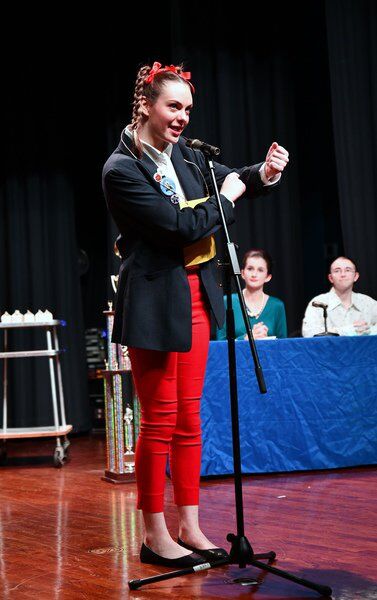 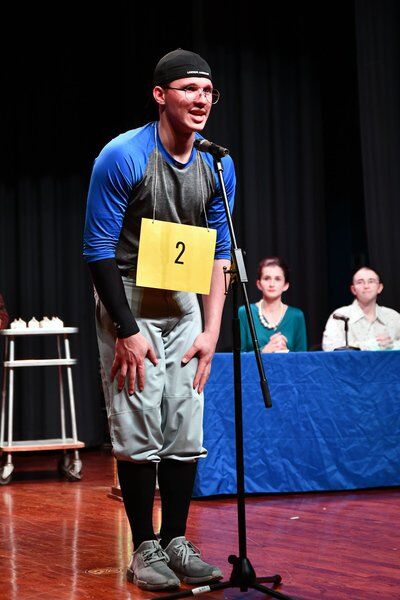 “We have been tirelessly working our tails off for years to get to where we are now,” she said. “We were unable to watch the other shows due to COVID restrictions, but I think that each student had a clear grasp on who their characters were, and even if there was a mess up, they covered in their characters and stayed true to the story.”

The stage crew also rose to the challenge, McMullen continues.

“The stage crew sets up the show and breaks it down, so they are the first and last thing the audience sees for this production,” she said. “They ensure a smooth set up and leave a lasting impression. We run their set up and break down over and over until they get each to 10 seconds or less. It sounds crazy, but they rise to the challenge.”

“I am incredibly excited that we won the competition and are advancing to state,” she said. “I am also incredibly proud of everyone involved. We’ve had several mishaps and setbacks, but we all worked really hard and were able to do the best we could. I’ve never had a big acting role before this one, and it’s been a great experience.”

Additionally, three students earned notable acting accolades: Ransom Lee Young earned Best Lead Actor in Region 1-4A while castmates Kira Benton, Jordan Jones, and Esra received All Star Cast placements, a designation bestowed by the judges upon whom they feel are the best actors from each cast. However, it is not required that each cast receive honorees.

Freshman Ransom Lee Young, 15, said winning the best actor prize is one of the greatest honors of his life to date.

“When it was announced I had won it, me and my fellow actors all screamed in delight,” he said. “I feel so honored to have gotten it, and I deem it a reflection of the entire cast really, as we all did an exceptional job at portraying our characters.”

Young brought to life Leaf Coneybear, whom he describes as a kooky, absent-minded boy with a unique life outlook.

“He is extremely bubbly and energetic, always finding interest in every little thing,” Young said. “He differs from his fellow competitors in terms of intelligence and also execution of his work. With his crazy clothing (which he makes himself) and his frizzy, non-moving hair, he gives a sense of wild innocence to the show. And in his adventure in the spelling bee, he realizes that he is more than just a not-so-smart kid.”

Immersing himself into the role of Leaf was a fun and enjoyable experience, Young continues.

“When I stepped onto the stage and began my performance, a trance came over me every time,” Young said. “When I would play Leaf, I would try and move about every part of my body, with modesty, of course. I wanted him to come across almost clown-like, but in a sweet, more child-like way.... I always was averting my focus to something to look at, and then something else would grab my attention. Energy was key, as it always was. Leaf is always doing something- whether playing with his hair or the random scarf around his wrist. I was always making myself be in character. In all honesty, it was hard to get out of his character after post-production.”

Senior Kira Benton, 18, played Logianne Schwartzandgrubenierre, also known as Schwartzy, a character she describes as a nerdy little girl with a lisp.

“When they announced me as All Star Cast, I started crying because I was so happy, and I was extremely proud of myself,” she said. “I think the reason my performance stood out was because of the fact I worked so hard on trying to make Schwartzy stand out from the rest of the group.”

Esra, 16, portrayed Doug Panch, the vice principal and word pronouncer who is rather creepily in love with the bee’s host and does not like children.

“I did not expect to receive this at all, as I’ve never had an acting role this big, but I am very excited about it,” Esra said. “The judges seemed to like my performance, as they laughed at a good many of my lines, which was cool.”

The chosen production is “The 25th Annual Putnam County Spelling Bee.” McMullen calls it funny and said she knew it would be the best fit for her students this year because its type of comedy suited their range and camaraderie.

“One Act focuses heavily on ensemble, and this particular play lends itself to both ensembles and standout characters,” she said.

“I would describe it as six different elementary school kids trying to win a spelling bee for their reasons regarding their parent(s),” she said.

Young calls it one of the most entertaining shows he’s seen or acted in yet. Also, it holds an important message.

“It follows a group of very different children attending a regional spelling bee, competing to win first prize,” he said. “As the show continues, each kid discovers more about themselves and others, and that winning is not all that matters. My favorite part is the difference between characters and how each of them has their interesting quirks that make the whole thing fun.”

This annual acting competition showcases the best young thespians in a showdown between region and state drama programs. Usually, the event occurs in the fall; however, hoping that pandemic restrictions would loosen by then, it got pushed to early 2021.

“During the competition, students have 55 minutes to set up their set, act out their play, and break down their set,” she said. “If you go over the time limit, you have points deducted.”

Cast members say they feel like the experience of working on One Act made them a family.

“I most enjoy how close we all get,” Benton said. “We become family over time. And I think another thing that I enjoy is that we are all different...all doing something we love. We are a very diverse group of teenagers (who) enjoy the art we create together.”

“I have gained many friends through the program that I most likely wouldn’t have met without it,” she said.