Pictured is sixth-grade Thomas County Middle School student, Jacen Haro, being surprised by his mother, Andrea Smith, who came home early from Korea for his birthday. 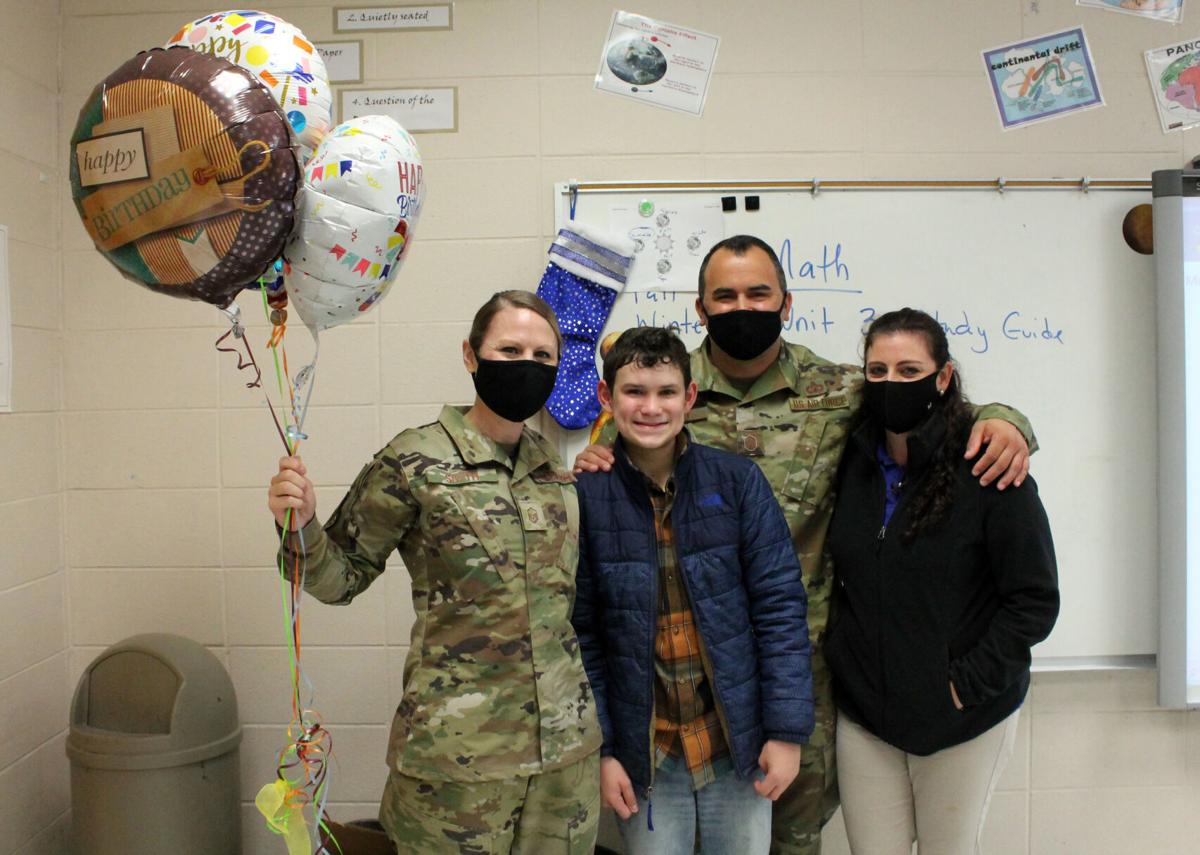 Pictured is sixth-grade Thomas County Middle School student, Jacen Haro, being surprised by his mother, Andrea Smith, who came home early from Korea for his birthday.

The holidays, and especially Christmas, can be really tough for military families who are deployed. While technology like Facetime and Zoom have made communication easier and allow for video calling, there is nothing like being together for the holidays.

For sixth-grade Thomas County Middle School student, Jacen Haro, he not only gets to have his mom home for Christmas, but also for his birthday.

Jacen’s father, Steven Haro, asked his son what he wanted for his birthday, and his only response was to have his mother home. Steven Haro and step-mother Laura, surprised Jacen at school with balloons to celebrate his birthday. After coming into the classroom, he told Jacen that he had one more surprise. When Jacen’s mother came into the room, he was speechless.

Jacen’s mother, Andrea Smith, has been deployed to Korea for the past year so the surprise to have her home was the best Christmas and birthday gift ever. Jacen’s father, Steven, is also in the military, but is stationed stateside at Moody Air Force Base.

Jacen plans to spend the Christmas holidays with his mother in Gatlinburg, Tennessee. His mother, Andrea, will return to Korea in January to finish her short tour and will then return to Moody Air Force Base in August.