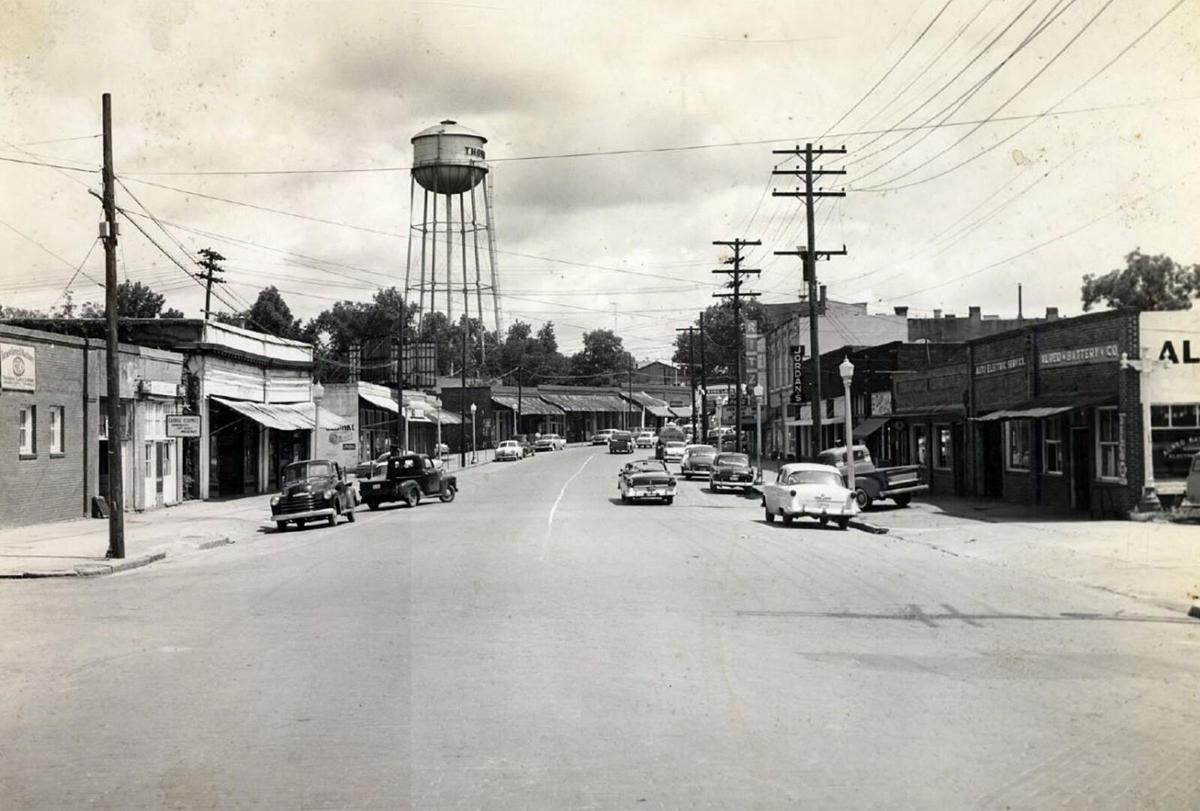 Shown is the 300 block of West Jackson Street, known as The Bottom, looking north. A showing of a documentary of The Bottom and a discussion will be held Friday evening at The Ritz Amphitheater. 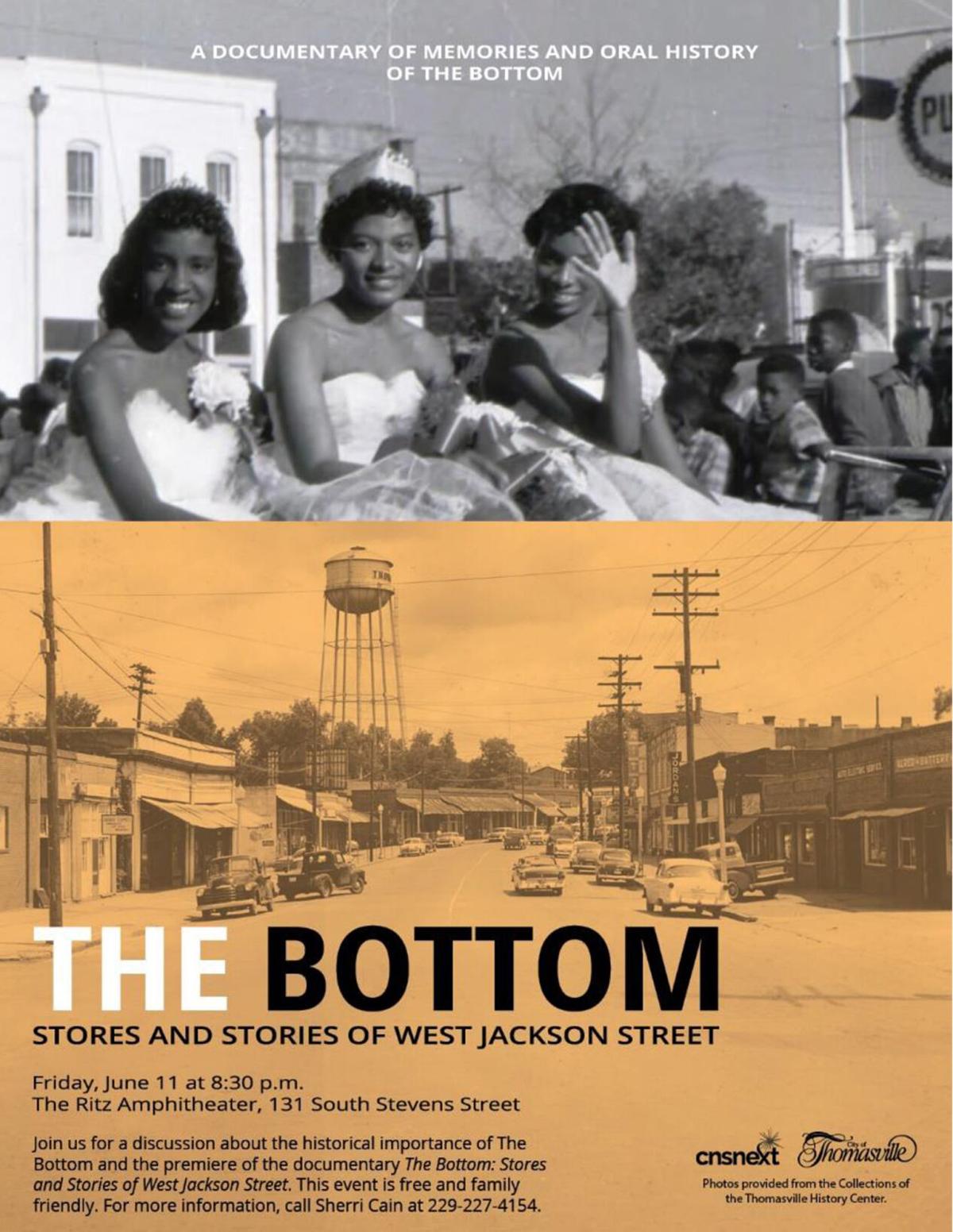 Shown is the 300 block of West Jackson Street, known as The Bottom, looking north. A showing of a documentary of The Bottom and a discussion will be held Friday evening at The Ritz Amphitheater.

THOMASVILLE — From the early 1900s through the 1970s, the 200 and 300 blocks of West Jackson Street, known locally as The Bottom, were the heart of Thomasville’s African American community.

On Friday, June 11, as part of the continuing effort to honor this historic district, the City of Thomasville will premiere “The Bottom: Stores and Stories of West Jackson Street,” a documentary that provides history, memories, and reflection of the district through the eyes and hearts of members of the Thomasville community.

According to the documentary’s producer Austin Reams, programming and ad sales manager for CNSNext, viewers will hear memories and experiences from community members whose lives were impacted by the district.

“What makes this tribute special is the voices of our community members,” said Reams. “A variety of citizens, such as Carolyn Henry, Jack Hadley, Elizabeth Elzy, Nate Tyler, and others share their memories of times they spent in The Bottom. From watching movies at the Ritz Theater to eating at the Tasty Shop, their memories reflect on a time when The Bottom held a real sense of community for local African American residents.”

At its peak, West Jackson Street was a mix of African American, Greek American, and Jewish-owned businesses that all came together to form a caring community.

“The conversations we had with those interviewed painted the picture of the close-knit community that made The Bottom a special place,” Reams said. “African American citizens felt as if they not only had families at home but that many other adults looked out for them in The Bottom. It was these life experiences that formed the vision we had for this documentary.”

The Creative District Vision Plan was developed in 2014 through an extensive public engagement process. From this initial plan, three important projects were developed including The Ritz Amphitheater and Park, the Community Trail trailhead, and the West Jackson Streetscape Project.

“One of the most important elements requested in the design of the streetscape was to highlight the history of the district,” said Christy Owens, Main Street and Events manager.

“The first phase of commemorating the history of the district came in 2018 when the Thomasville City Council voted to officially name this business district as The Bottom and the amphitheater and park after The Ritz Theater, which was the entertainment venue for African Americans for many years,” said Owens. “We are honored to continue to pay tribute to this historic district while fulfilling the public’s desire of highlighting the cultural significance of The Bottom.”

“Sidewalk plaques to honor the notable businesses of the area have been installed in the 300 block of West Jackson Street, and plans for a commemorative wall and storyboards at the amphitheater are in the works. Honoring the historical significance of The Bottom was an important part of the West Jackson Streetscape project,” added Owens.

“We need the help of our community in order to complete phase two of the streetscape project,” said Cain. “While working with the Thomasville History Center and the Jack Hadley Black History Museum, we realized that we need more photos and oral history of the area. We have created a page on our website, Thomasville.org, where citizens can submit their memories and any photos they may have of The Bottom. In particular, we need photos of the Ritz Theater.”

The free premiere of the documentary and a panel discussion will be held on Friday, June 11 at 8:30 p.m. at The Ritz Amphitheater located at 131 South Stevens St. The community is encouraged to attend with their friends and family. It will also air on CNSNext Channel 6 and will be available for viewing on Thomasville.org, the City’s Facebook page, and the CNSNext Facebook page.

Graveside services for Amanda Walker Hall will be held Friday June 25, 2021 at 6PM in Laurel Hill Cemetery. Amanda passed away on July 25, 2020 in Roswell. She was the daughter of the late Margaret and Donnie Walker. Amanda was a graduate of Thomasville High School. She is survived by her da…