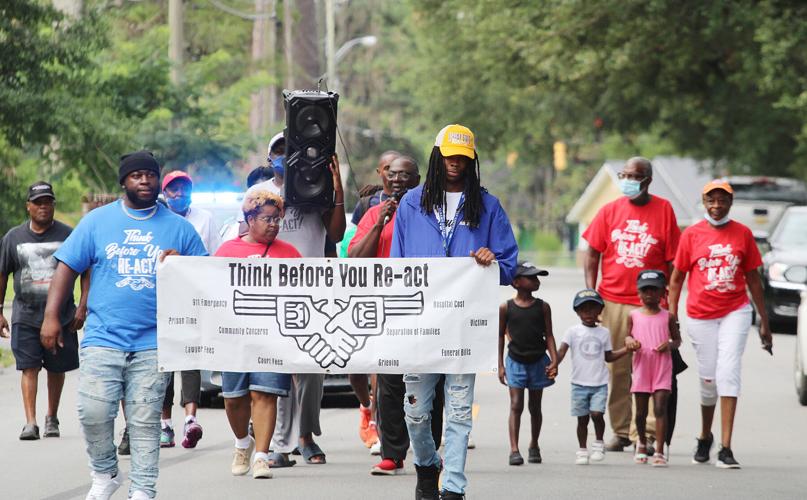 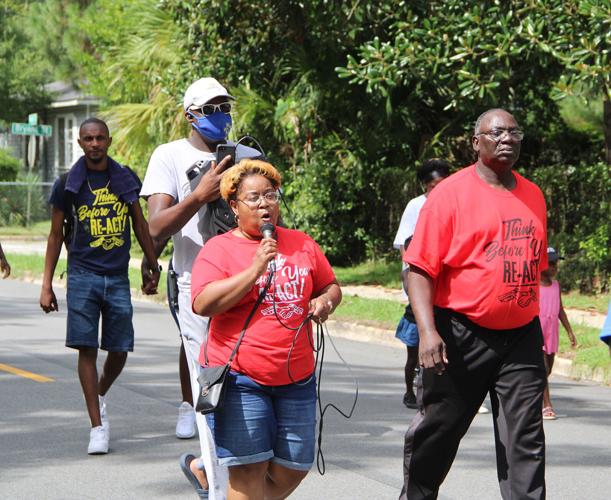 Saturday’s march also stopped at locations where gun violence had taken place and prayers were offered there for the victimes and for an end to the use of firearms to settle disputes. 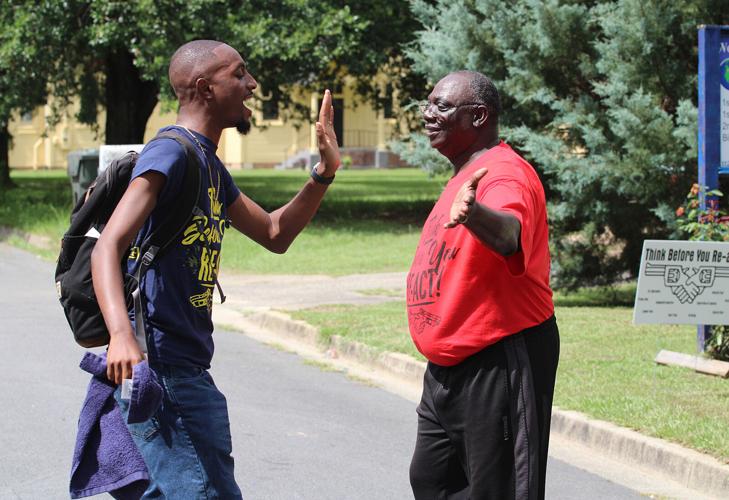 Saturday’s march also stopped at locations where gun violence had taken place and prayers were offered there for the victimes and for an end to the use of firearms to settle disputes.

THOMASVILLE — Through the streets of Thomasville’s southside, Rev. Terry Scott and his marchers brought their message loud and clear — stop the gun violence.

Scott, who is also a Thomasville City Council member, led the march on behalf of his organization “Think Before You React,” which aims to curb guns as a means to solving disputes.

“Enough is enough,” Scott said. “We’ve got to make the difference in this street and in this city, by being that one voice that will take a stand against gun violence.”

Antwun Roberts and Xavier Vickerson, both victims of gun violence, also spoke on how being involved with guns affected their lives.

Roberts is now a biology student at Albany State University. He plans to attend medical school to become an orthopedic surgeon.

But he acknowledges that wasn’t path several years ago.

“My life didn’t start out that way,” Roberts said.

Roberts said he has been shot four times and spent two years in county jail, for trying to get retaliation for being shot.

“I’ve got two years left at Albany State, and those two years I spent in jail, I could have graduated by now,” Roberts said.

He now carries a 4.0 grade point average, but his mother died not long after he was released from jail. She never got to see what how he’s turned his life around.

His message to those taking part in the march was succinct.

“Keep your kids out of the streets,” he said.

“It could have been worse,” he said. “It came from me not thinking before I act. I got kids and every night I spent in jail, those were nights I was missing my kids.”

Many of his fellow inmates received life sentences. Vickerson said he was facing a possible 15 years to life sentence.

“They get life, they ain’t coming home,” he said. “God gave me a second chance, and I am going to run with it.”

Vickerson is in school and will graduate in December, and he plans on attending Albany State after that.

“We need to stop the violence,” he said. “I don’t want to be around a gun. I’m going to help every young brother with what they need to know.”

Those men survived their encounters with gun violence. Scott recalled how he was called to action but what he saw one day.

On his way to Bible study, he came by the aftermath of a shooting at a Wright Street intersection. A young man had suffered a fatal head wound.

“I went over there to assist him,” Scott said, “but there was nothing I could do. I saw a lost brother, father, nephew, so I realized then I need to start doing something.

That prompted Scott to start Think Before You React.

“We’ve got to make the difference in this street and in this city, by being that one voice that will take a stand against gun violence,” he said.

Scott spent two tours of duty in Iraq and never once had to fire his weapon. But in the vicinity of his own Worldwide Ministries of Christ church on Lester Street, there have been five homicides, he said.

“But I come back to stateside and I see drive-by shootings, in my own neighborhood,” he said. “I thought about the young man I saw in the street, lifeless. Nothing I could do; nothing I could say. We won’t tolerate the 9 millimeters, the AK-47s, the automatic weapons.”

The march stopped at locations where there have been victims of gun violence, and marchers prayed for the victims.