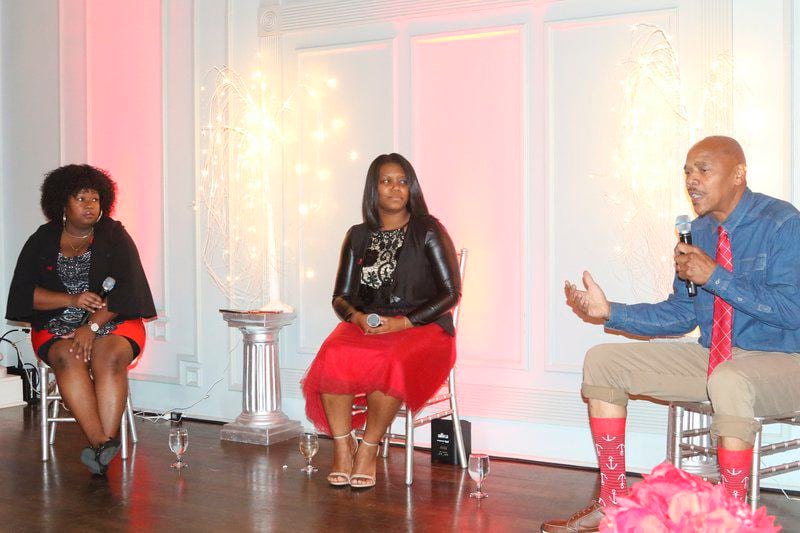 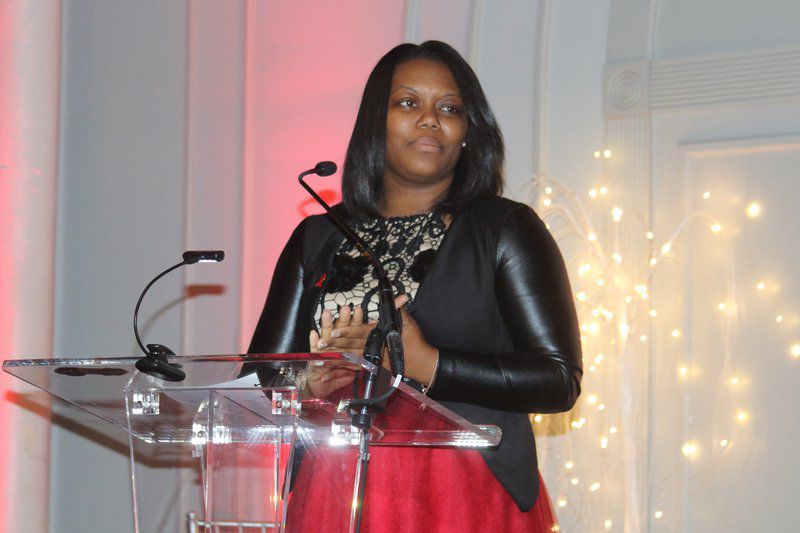 Amanda M. Usher | The Valdosta Daily TimesMasonia Traylor, a community advocate, promotes HIV/AIDS awareness during a speech she gave at a recent health forum and luncheon sponsored by the Department of Public Health South Health District at The Patterson. 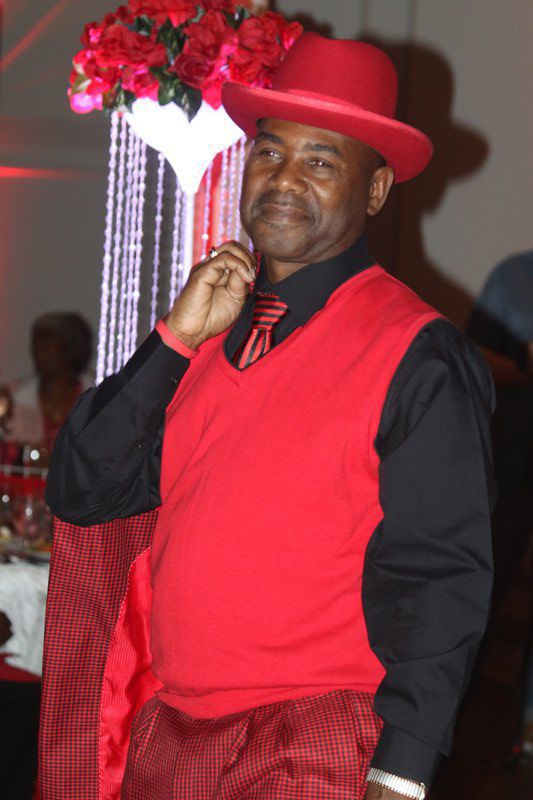 Amanda M. Usher | The Valdosta Daily TimesMasonia Traylor, a community advocate, promotes HIV/AIDS awareness during a speech she gave at a recent health forum and luncheon sponsored by the Department of Public Health South Health District at The Patterson.

VALDOSTA – Masonia Traylor recently shared the story of a 23-year-old woman, one whose life changed when diagnosed with HIV.

The narrative of this woman continues with the discovery of her pregnancy just two weeks after her diagnosis.

This story, Traylor’s story, was told to a crowd at a health forum and luncheon recently sponsored by the Department of Public Health South Health District at The Patterson.

The gathering was part of South Health District’s week-long observance of World AIDS Day, which was recognized globally Dec. 1.

“That young lady was me,” Traylor said in a speech. “I was working in that pharmacy as a technician. I was pregnant with that baby. I did, at the time, already have a 7-year-old child, a son.”

In front of staff and community members, she depicted her experience of developing “self-inflicted shame” and being faced with judgment after learning she had HIV.

She shared details of how she told her son about her HIV diagnosis.

The child she carried, a daughter, was born HIV-negative, she said during her speech.

Since then, Traylor has embarked on a mission to become a community advocate.

Her advocacy journey continued as she educated and informed participants about prevention methods, support, medications and treatments.

“What will it take to slow down the epidemic here in Valdosta? … One of the things that I’ve learned from speaking for eight years out of the nine years I’ve been living with HIV is that it will take the will, the ongoing will and momentum,” she said. “What it took for me to be here today, choosing to be here today. That is a will. The will that has to continue moving forward.”

She said it was after reading Traylor’s story she knew it had to be told.

“We want to make sure that we have people like Masonia who’ve been impacted by HIV and someone who had kind of an unconventional story,” Daniels said.

"I love how she was able to break it down and tell each and every one of us that we have some degree of risk for HIV.”

Daniels said she believes miscommunication and misunderstanding of HIV is circulating in the region.

Traylor sat on the panel along with Tiffany Newsome, advocate and founder of Blossoming in Red, and Percy Chastang Jr., youth development coordinator with the Office of Adolescent and School Health for South Health District.

One person asked about ways to support a friend who has developed HIV through a rape.

Traylor advised meeting that person with compassion and love.

Chastang echoed her by advocating for encouragement, counseling and healing.

Another person asked about the stigma of HIV; Newsome responded the effect is negative.

“When someone says that they’re infectious or they’re sick, and they kind of display all the bad things about HIV, it makes the person who has HIV feel kind of depressed sometimes,” she said, “and it’s hard to feel good about yourself when, sometimes, you feel as if others look at you in a nasty way.”

Newsome said when she disclosed her status with HIV in 2018, people assumed she was promiscuous.

“It is at an all-time high with stigma here in Valdosta, Ga., and surrounding counties but it does affect how other people feel when you think negatively of them,” she said.

Speaking to the theme, Rock the Ribbon, red-ribbon pins were given to each attendee and all guests were asked to wear theirs.

Other activities during the week, in observance of World AIDS Day, South Health District held a proclamation and candlelight vigil.

The Georgia Department of Public Health reports a total of 2,698 people who were diagnosed with HIV in Georgia in a 2017 HIV Surveillance Summary. Of this total, 2,089 were male and 587 were female. Twenty-two identified as transgender. The age group 20-29 had the highest number of cases with 1,049, DPH reports.