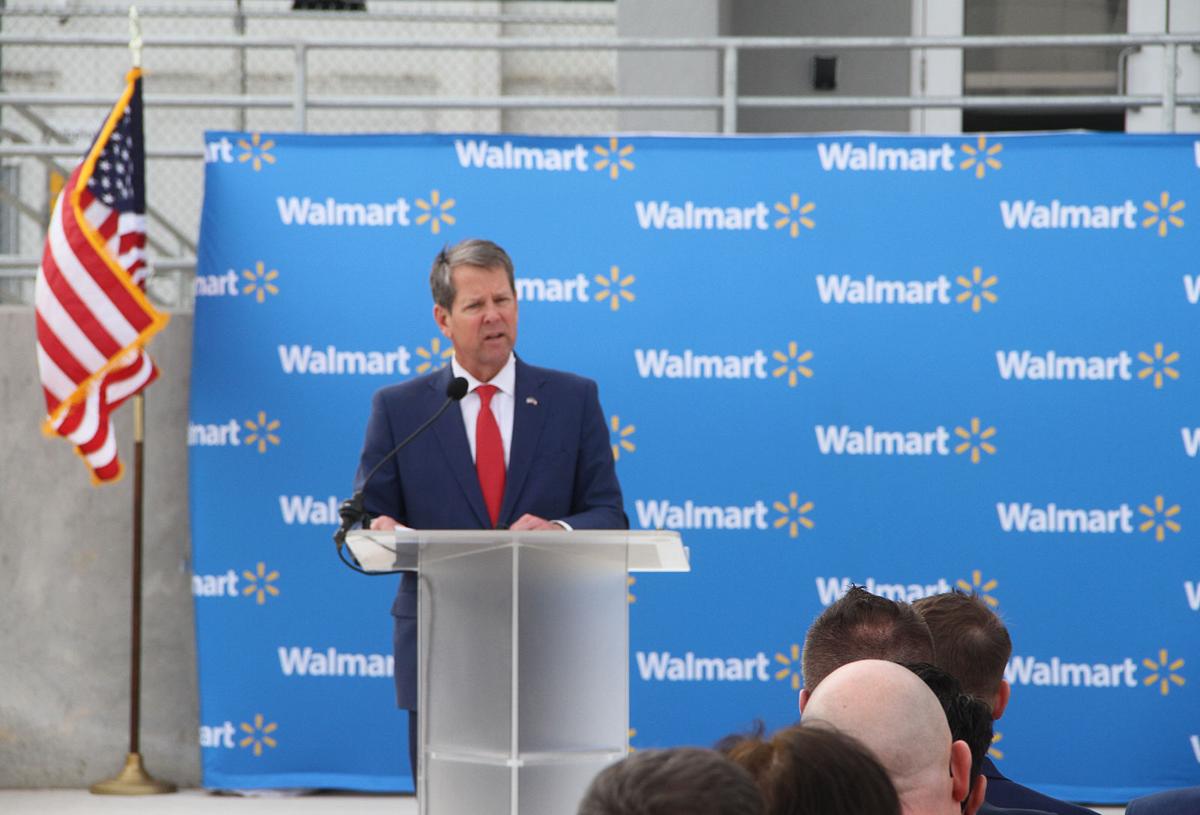 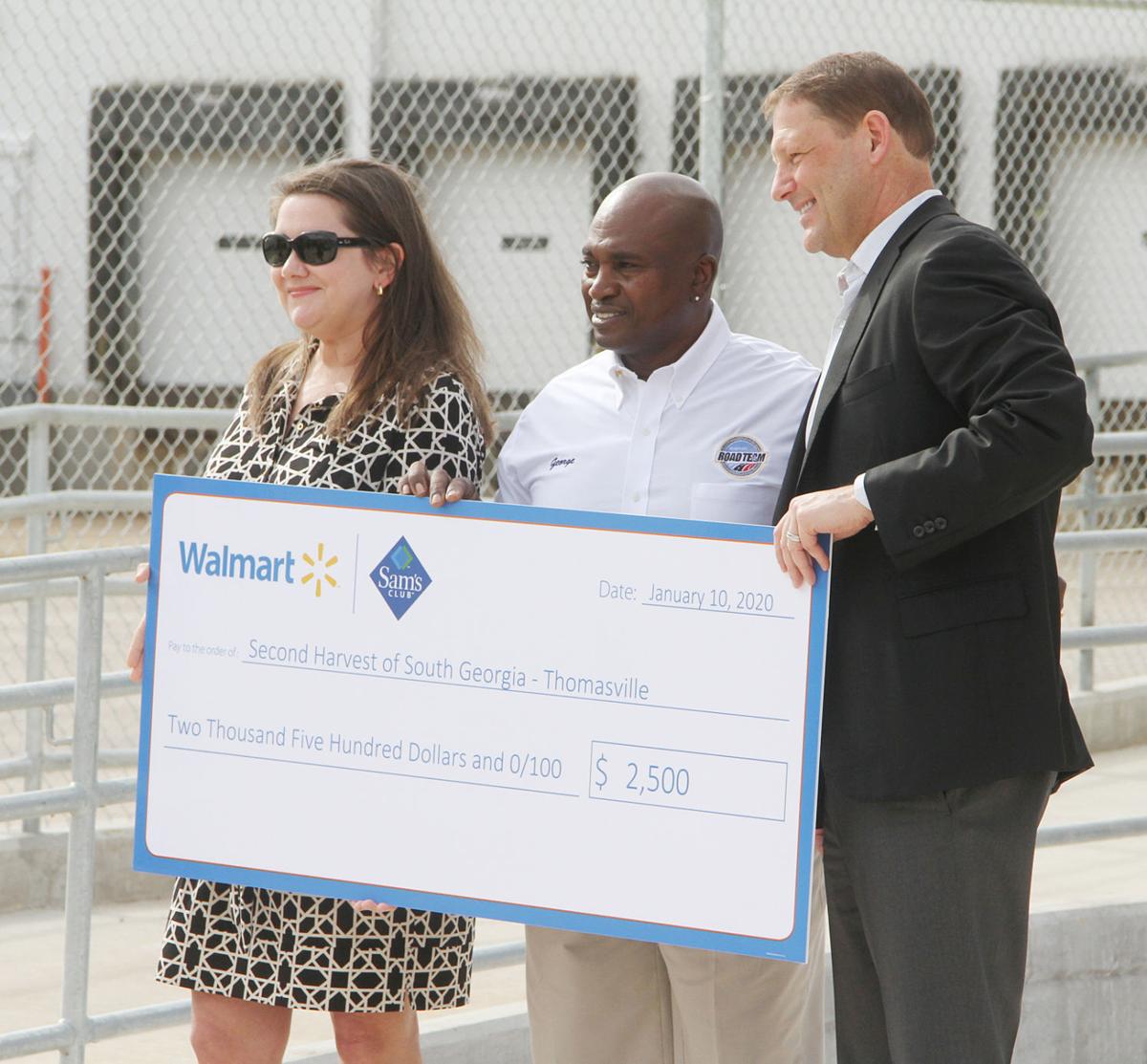 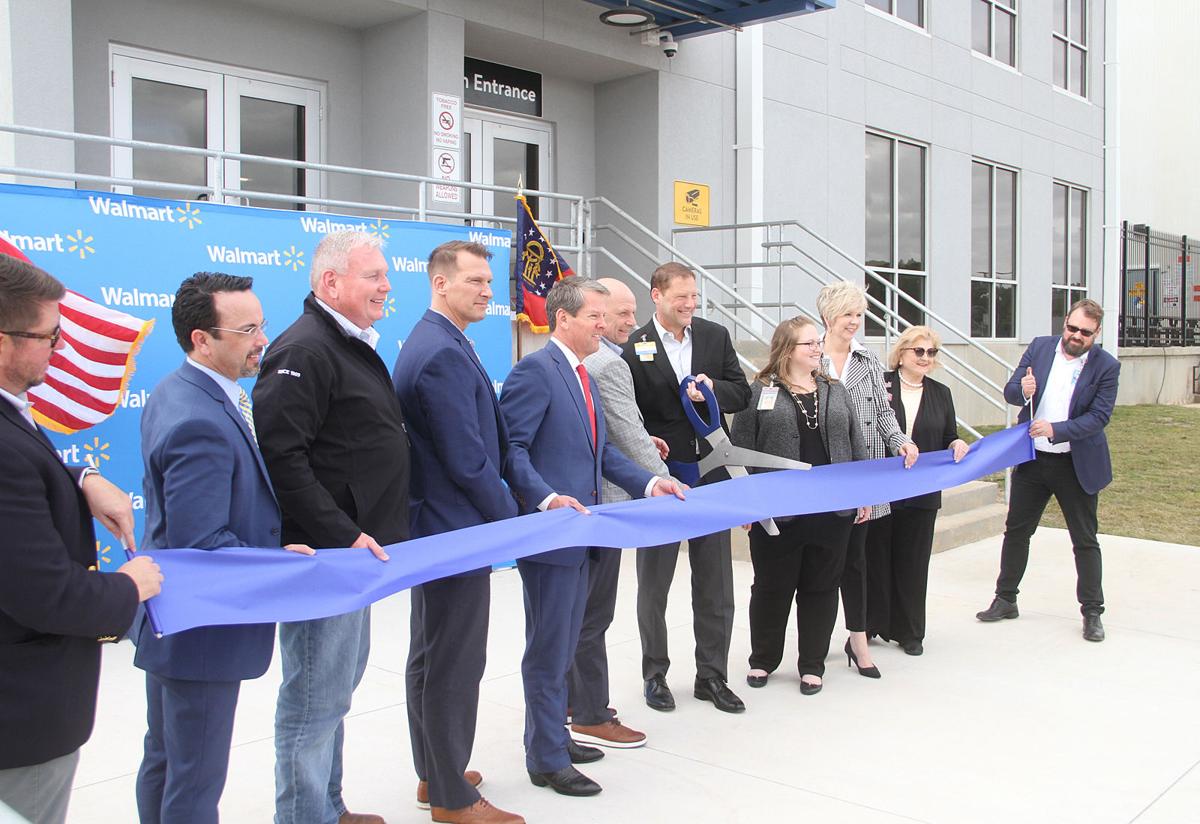 THOMASVILLE — Hundreds of jobs will be added to the local economy with the new Walmart meat-processing plant and partnership with FPL, an existing business.

The 121 Roseway Drive plant is Walmart’s first meat-processing facility and the site of a Friday grand opening where Georgia Gov. Brian Kemp was the keynote speaker.

“This is a big deal,” Kemp told a large crowd gathered in front of the new Walmart facility. “These things don’t happen unless you have your community involved.”

Pointing out the 600 jobs the two industries are bringing to Thomas County, Kemp said employment in Georgia was at an all-time high in December in Georgia, with 4.96 million people working.

Seventy-four percent of development in Georgia last year was outside the Atlanta metro area, Kemp added.

Kemp said the $140 million invested in the community by the two companies represents a game-changing number.

“On this side of the road, you’ve got 600 jobs,” Shelley Zorn, Thomasville Payroll Development Authority executive director, told the crowd.

“It will be a partnership. Walmart owns the facility, but FPL Foods will run the plant on a day-to-day basis,” said Giselle Casadaban, Walmart spokesman. “Walmart has been working hard to enhance the quality of their food offerings, and the meat department has been at the forefront of this effort. The company has taken the next step in this journey by creating an end-to-end Angus beef supply chain.”

Cattle to be processed at the Thomasville operation will be raised and slaughtered in another state, Zorn said.

“What they’re doing here is cutting and packing, and it’s clean,” she added.

The new case-ready facility will distribute a selection of Angus beef cuts, such as steaks and roasts, from this supply chain to 500 Walmart stores in the Southeast, including Georgia, Alabama and Florida, Casadaban said.

Walmart executive Charles Redfield said the company has been working hard to enhance its quality of products, particularly meat. The goal is to provide the best steaks with consistent quality, Redfield said.

“Unprecedented quality, that’s what we are striving for,” Redfield said.

“Walmart is bringing to its customers the highest-quality beef,” Leger said.

Construction of the 201,000-square-foot Walmart building began in August 2018.

The Rev. Roosevelt Hardy, Sr., the retired senior pastor of New Bethel African Methodist Episcopal Church (AME) located in Quincy, Florida. Since 1961, Rev. Hardy has given dedicated, committed and courageous leadership as an itinerant Elder in the AME Church. He formerly served in the follo…

Elton Jacie Coleman was born on May 26, 1952 to the late Elton and Louise Coleman. Elton departed this life on January 19, 2020. He leaves to mourn his passing his loving companion and fiancee: Mrs. Jimmie Chandler; a son: Demetrius Coleman; a granddaughter: Nakia Coleman; a brother: Larry (…