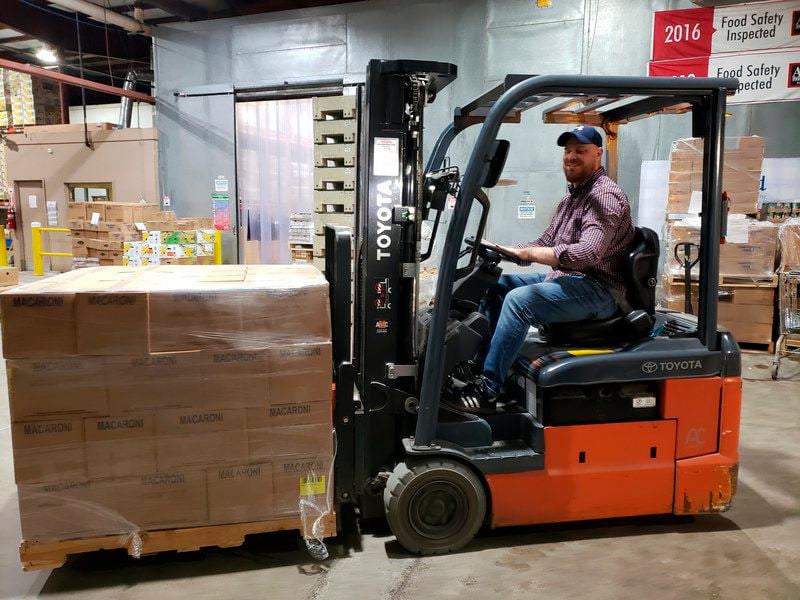 Submitted photoSecond Harvest of the Big Bend's Justin Greer moves some of the food donated by the The Church of Jesus Christ of Latter-day Saints. 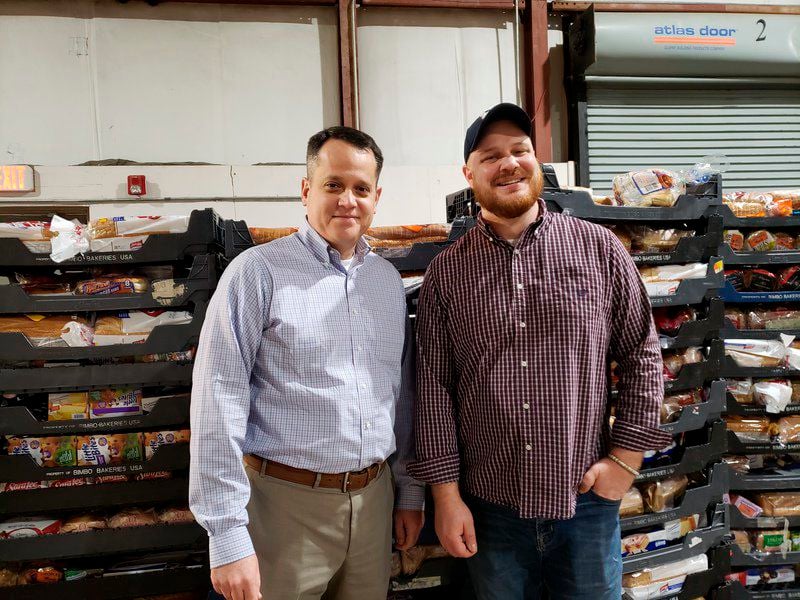 Submitted photoBenjamin J. Smith, president of the The Church of Jesus Christ of Latter-day Saints' Tallahassee Stake, and Justin Greer of Second Harvest of Big Bend, show off some of the food the church donated from its Bishops’ Central Storehouse.

Submitted photoSecond Harvest of the Big Bend's Justin Greer moves some of the food donated by the The Church of Jesus Christ of Latter-day Saints.

Submitted photoBenjamin J. Smith, president of the The Church of Jesus Christ of Latter-day Saints' Tallahassee Stake, and Justin Greer of Second Harvest of Big Bend, show off some of the food the church donated from its Bishops’ Central Storehouse.

TALLAHASSEE, Florida — The Church of Jesus Christ of Latter-day Saints recently delivered a semi-truck load (approximately 40,000 pounds) of non-perishable food to Second Harvest of the Big Bend, according to Benjamin J. Smith, president of the Tallahassee Stake, which encompasses congregations in Thomasville and Cairo in Georgia and in Tallahassee, Quincy, Crawfordville, Perry, and Madison in Florida.

“We’re honored and pleased to join with Second Harvest in the effort to stem hunger in the Big Bend,” he said.

The food supplies came from the church’s Bishops’ Central Storehouse in Salt Lake City, one of 113 bishops’ storehouses worldwide.

“Although as a general rule, a bishops’ storehouse is to meet the needs of the church members, we do open our doors to others to provide foods and other goods to help those that have been impacted by natural disasters and other life-threatening conditions,” said Bishop Dean Davies of the church’s Presiding Bishopric.

“I was tremendously impressed by the Second Harvest organization,” he said, “by the efficient set-up and everyone’s obvious belief in the work. But their commitment goes beyond the scope of their jobs — they all simply want to serve others. Those who know the Savior, who have belief in a higher power, seek to do good. People of all beliefs feel this way. This effort unites us in purpose and spirit.”

Noting their shared focus, Smith said that both Second Harvest and the Church of Jesus Christ of Latter-day Saints look to the future, working to anticipate needs before they occur and to provide aid.

“It’s a blessing to come together as a community, helping those who, even on sunny Florida days, are experiencing personal storms,” he said.

“We’re extremely thankful for this donation,” he said, “and, since it came from your church, I had no doubt the food would be of the utmost quality and well-packaged for our use.”

Kenny Sharpe, warehouse manager at Second Harvest, said it is rewarding to work one-on-one with people who use Second Harvest services.

“Helping fight hunger in the Big Bend area is important work,” he said, “but seeing individual needs has made a big impact on me. Like the day this muscular guy came in — he was obviously used to handling life, taking care of things. But he was having some bad luck, and he came so humbly to ask for food for his family. That moved me and made me feel what a blessing this organization is,” he said.

Second Harvest started operations about 1986 in a modest building in south Tallahassee. In 2015, the operation moved to a huge warehouse on Entrepot Boulevard, approximately 42,000 square feet, which includes sorting and storage areas and a large cooler space.

“After Hurricane Michael,” Greer said, “the state legislature and USDA loans and grants enabled us to buy the building we’re in. During that storm, 2.5 million pounds of food was supplied, which is four or five times what we normally do in a month.”

“We cover such a big section of the Panhandle that distance and distribution are a challenge,” Greer said. “The hunger issue is not a supply issue, it’s an accessibility issue — trying to get the right amount of product to the folks who need it.”

William Douglas Norton, 85, of Pelham passed away Wednesday, March 25, 2020 at Select Specialty Hospital in Tallahassee. Due to the restrictions imposed with the COVID-19 pandemic, there will be a private family only graveside service. Rev. Olen Cain and Rev. Nick Snellgrove will officiate. …

Graveside service for Mrs. Marinda Thompson will be Saturday, March 28, 2020 at Peaceful Rest Cemetery. Pastor Dr. Emory Virgil will do words of comfort. Public viewing will be Friday March 27, 2020 from 1 p.m. until 6 p.m. Safety guidelines will be in place due to COVID-19. Mrs. Marinda Tho…