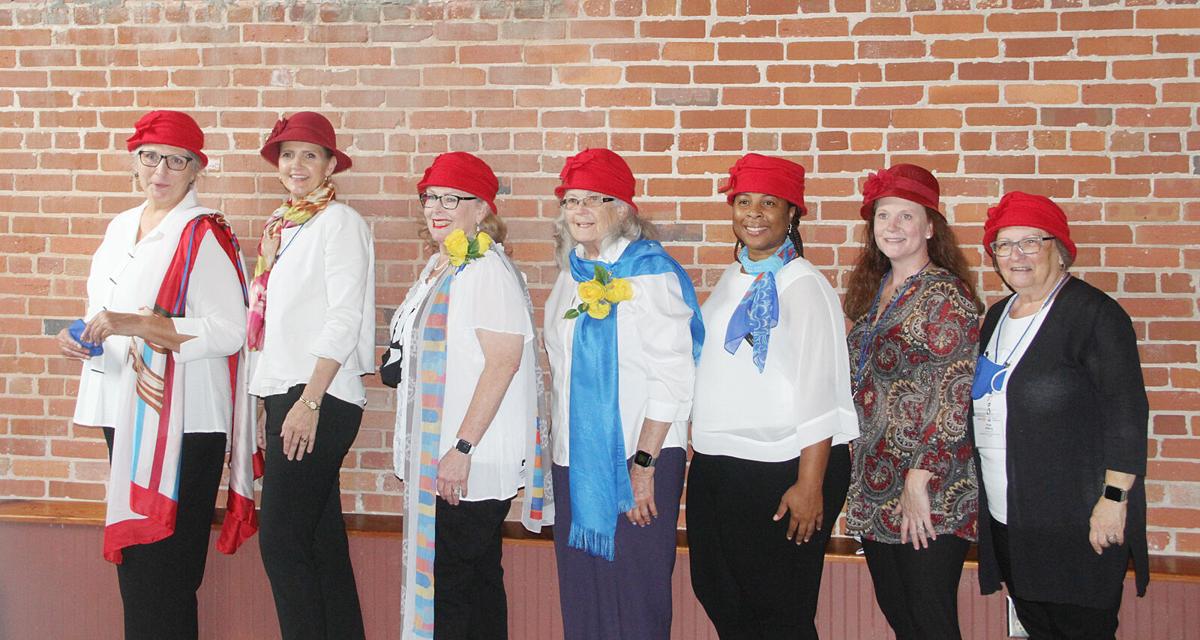 The women of the Rotary Club of Thomasville's centennial celebration got into the spirit. 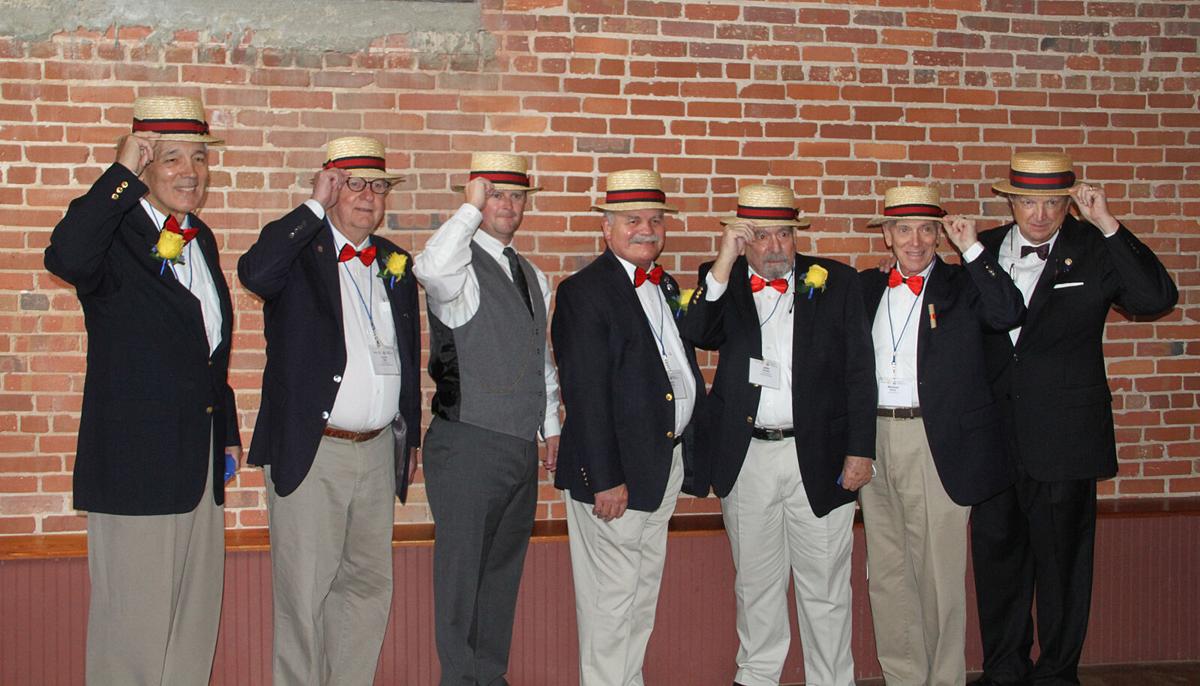 The Rotary Club men of the centennial celebration committee got into the spirit of the 100th anniversary too. 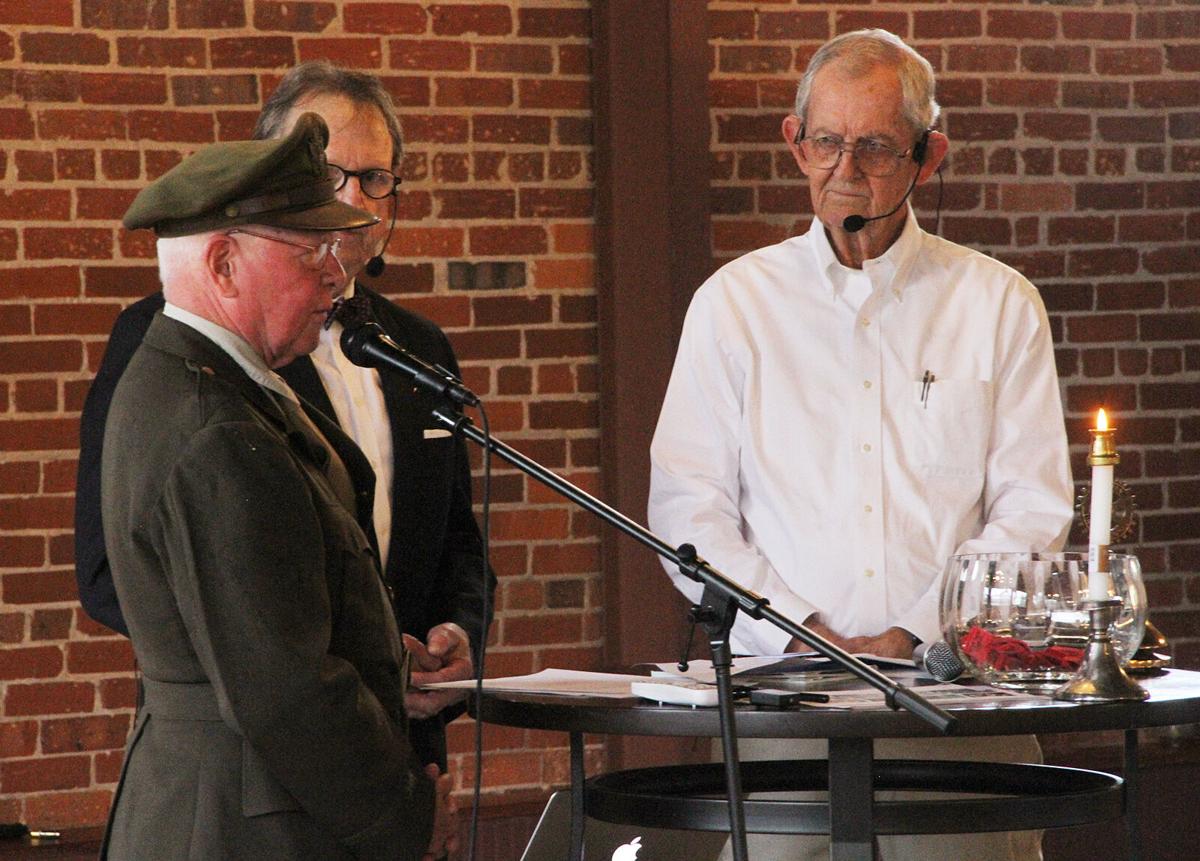 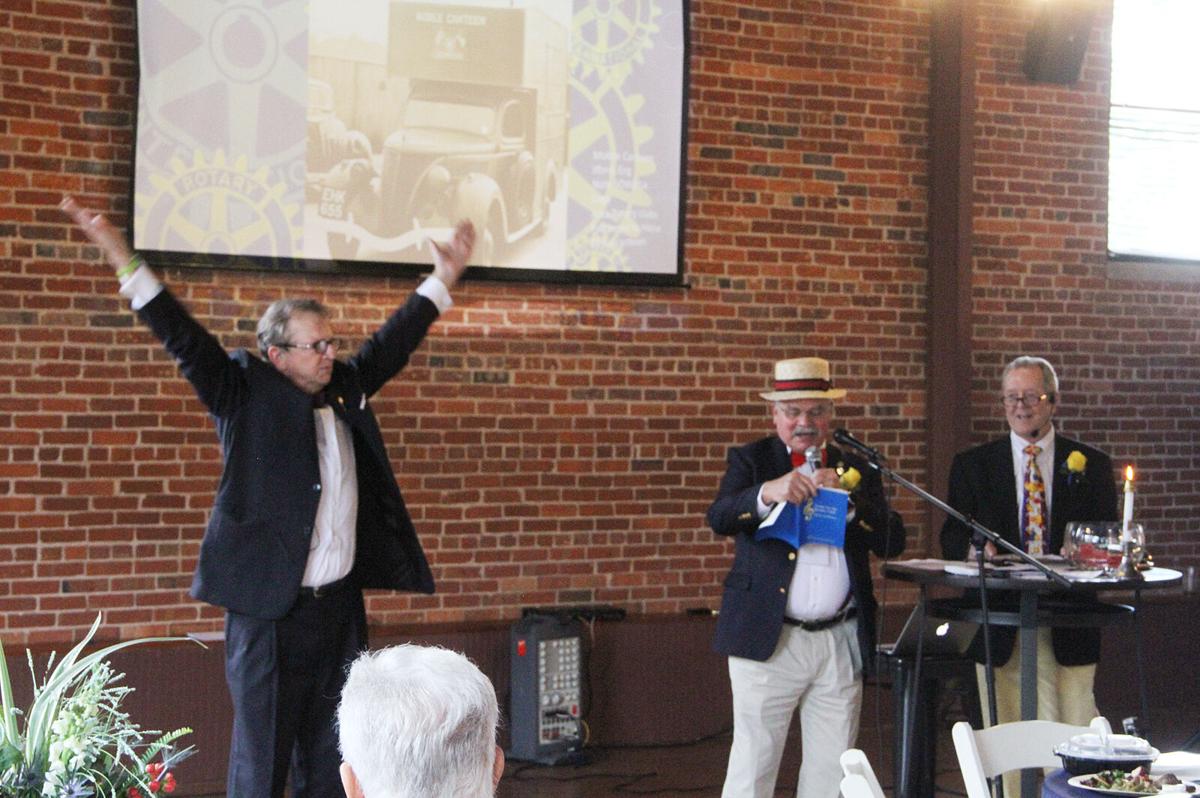 With help from Jay Flowers, Rotary Club president Wayne Newsome leads the club members in a selection from the Rotary Song Book.

The women of the Rotary Club of Thomasville's centennial celebration got into the spirit.

The Rotary Club men of the centennial celebration committee got into the spirit of the 100th anniversary too.

With help from Jay Flowers, Rotary Club president Wayne Newsome leads the club members in a selection from the Rotary Song Book.

THOMASVILLE — The Rotary Club of Thomasville took a walk through its pages of time Thursday — right back to its beginning.

The club is celebrating its 100th year and its past came back to life for Thursday’s meeting.

“This club has a legacy of service, a legacy of achievement, a legacy of leadership in our community,” said Wayne Newsome, the current club president. “In this, our 101st year, I am really humbled to have the opportunity to lead this club in that legacy and to get this century off on the right foot.”

Even in the midst of the COVID-19 pandemic, the club continued to meet, a feat past president John Brown pointed out.

“We had the thoughts that COVID-19 was in our rear view mirror. We found out quickly it wasn’t,” he said. “We had to cancel a number of events. We thing we did accomplish was all 50 meetings.”

One of the biggest accomplishments of the club in the last year, Brown said, was the completion of the Will Watt Peace Plaza and fountain at the Courtyard by Marriott.

“As of this year’s tournament, and I want to thank everybody in this club for the tournament, we expected to raise in the neighborhood of $25,000,” he said.

“This club turns out for those events,” he said.

The club brought aboard its first Black member, C.W. McIver, in the 1970s, and in 1999, made Fran Millberg its first female president.

“I just can’t imagine what Thomasville would be like without the Rotary Club,” she said.

Among the Rotarians who came back to life, thanks to their depictions by current Rotarians, were Lawson Neel and Will Watt.

Neel was one of the Rotarians who served in World War II and was wounded in action five times.

Thomasville’s Rotarians also had a hand in helping rebuild Europe. They put together a food truck and had it shipped to England, where it went from town to town, delivering food to the communities.

Watt guided the efforts to begin the Georgia Rotary Student Program as a means to bolster peace. It enables college students from the across the globe to come to Georgia.

The Thomasville Rotary Club began when brothers Rhydon Mays and Crawford Mays “agitated,” as is noted in the club’s annals, to start a club. Its organizing members were Rhydon Mays, Ed Jerger, Hansel Watt, R.C. Balfour Jr. and J.B. Jemison, who was the first club president. There were 20 charter members of the club.

Brown also paid tribute to the six club members who passed away in the last year.

“We honor their memories and their contributions to their club,” he said.