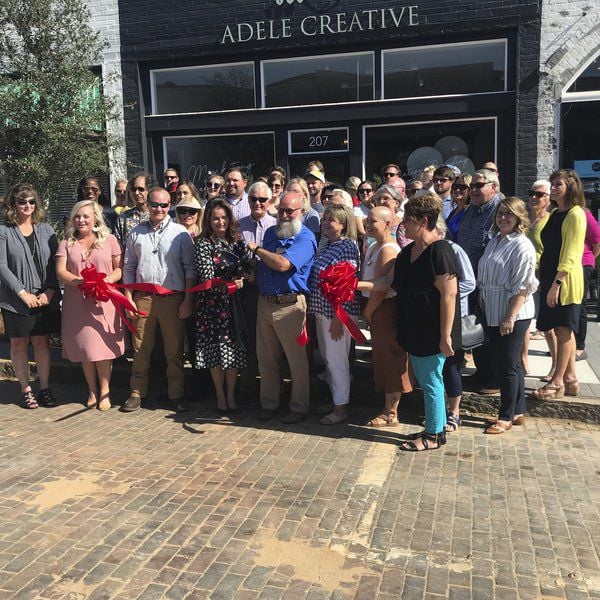 Patti Dozier/Times-EnterpriseLauren Vann (center) and her father, Milton Fielding, surrounded by a large crowd of well-wishers, cut the ribbon at Adele Creative on Thursday afternoon. 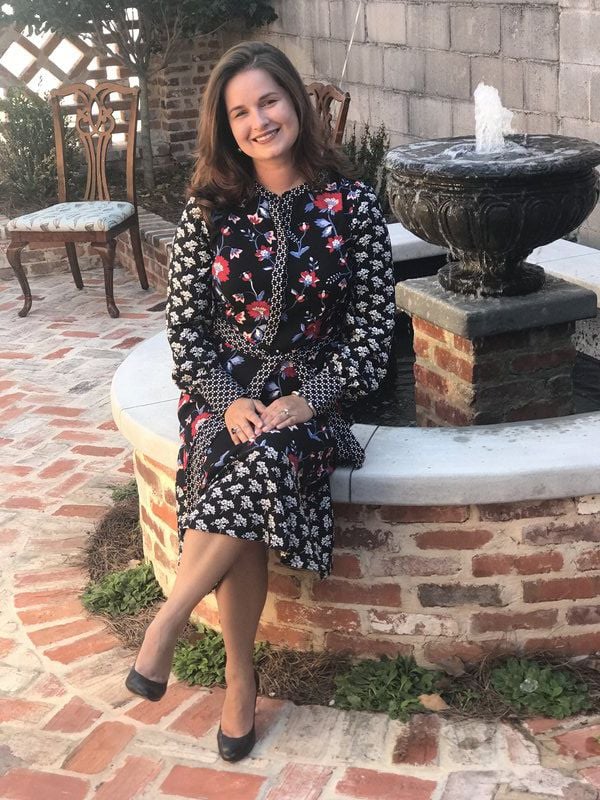 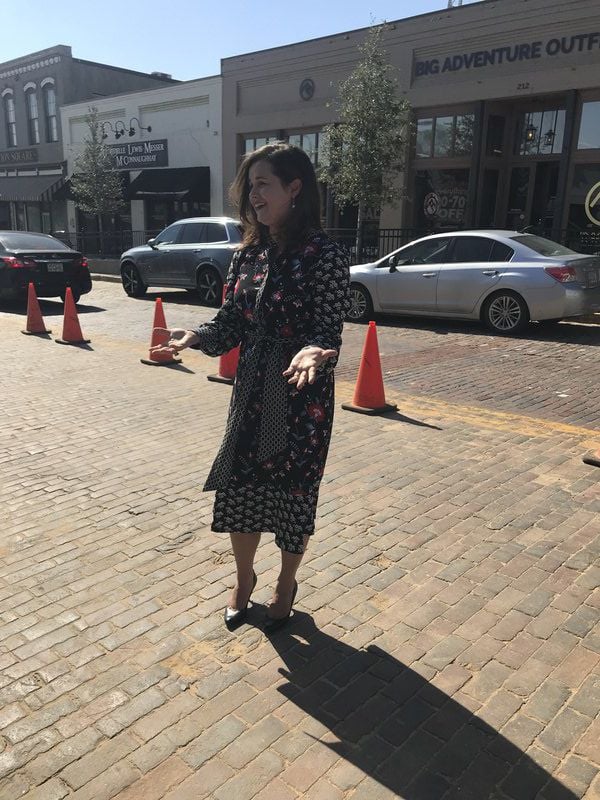 Patti Dozier/Times-EnterpriseLauren Vann (center) and her father, Milton Fielding, surrounded by a large crowd of well-wishers, cut the ribbon at Adele Creative on Thursday afternoon.

THOMASVILLE — Construction dust filtered through the late afternoon sun Thursday on West Jackson Street. Traffic traveled slowly as Lauren Vann stood on the street to address the crowd gathered for the opening of Adele Creative.

A ceremonial, bright-red ribbon was cut at the new marketing agency housed in a restored building at 207 West Jackson.

“Co-working spaces are wonderful points for collaboration and provide a space for rising entrepreneurs, artists and creators to have an office,” said Vann, Adele Creative director. “We are proud to open the first co-working space in Southwest Georgia as a way to foster the growth of rising digital artists we work with.”

The co-working space, called Old Market Studios, is located in the agency’s historic building. Built in 1915, the structure served as home for various businesses, most notably Crawford’s Grocery and Market. Adele Creative’s ownership purchased the building in 2018, restoring it to its original form.

“Preservation is an important way we can invest in our local community,” said Adele Creative CEO Milton Fielding, Vann's father. “We used 100 percent local companies and labor to restore this building, taking out sheetrock, a drop ceiling and metal facade to reveal century-old beadboard and brickwork underneath.”

Vann said one of the most exciting projects being revealed Thursday is creation of a historically-inspired courtyard in the 20-by-40-foot dirt lot behind the building.

Standing in the courtyard, Vann pointed out a look crafted to resemble a courtyard from the Victorian era.

"All the brickwork was produced with 100 year-old reclaimed bricks originally made at an old factory in Albany," Vann said. "Everything is authentic.

“We have experienced a lot of success in a short period of time, and we know that our success is due to the success of our clients. When we purchased this building, we knew we wanted to create something special with it that would be a blessing to Thomasville’s Creative District."

"That’s what our company stands for — creating beautiful things, helping our clients succeed through powerful marketing — and giving back in this way makes this building so much more than a home office,” Vann said.

"They bring a flexible network of outstanding artists, as well as a storytelling-based background in entertainment to make clients stand out," she said.

The 200 and 300 blocks of West Jackson are undergoing a multi-million-dollar streetscape. One lane of traffic moves slowly along the street as old street bricks removed during the project are relaid, along with other activity involved in the City of Thomasville construction project.

Vann said she invested in the 200 block of West Jackson because of the city's investment in a new creative district.