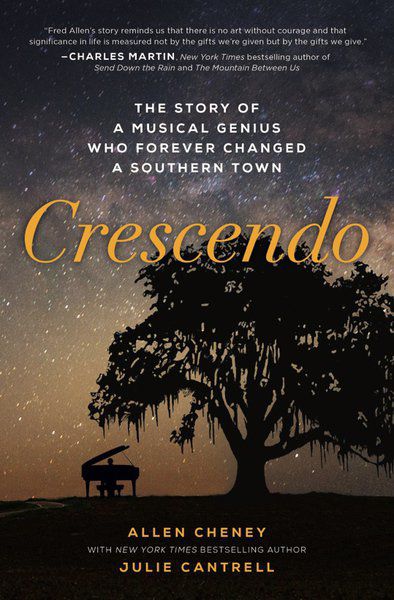 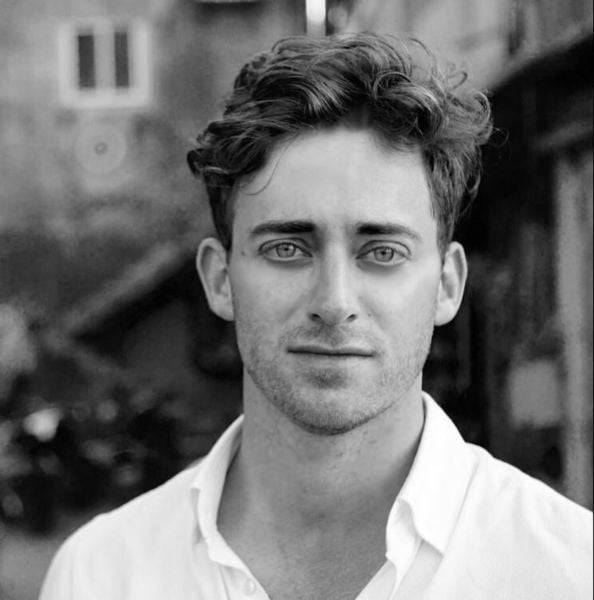 Not only has Cheney written a book about Allen, he recalls times as a child he spent taking in what his grandfather was all about. Not so much Allen's musical genius — that was a given — but absorbing Fred Allen, the man.

"Your soul takes notes from Fred when you're around him," Cheney said.

His absorption has become a book — "Crescendo," which will be launched Tuesday, July 16.

The 323-page book is co-written by New York Times best-selling author Julie Cantrell. Cheney and Cantrell will sign copies of the book at the Bookshelf at 7 p.m. today.

Allen said no one had read the journals he began as a young boy. Cheney "coerced" him into letting him read them.

"Crescendo" began as a film in Cheney's mind. A friend suggested trying it first as a book.

Cheney, a Beverly Hills, California, resident, agreed two hours on the screen would not do it justice, but he still thinks it could be a movie.

The 2006 Brookwood School graduate is a partner and co-founder at Mountainview Creative, a Beverly Hills company that produces a wide range of content, from music videos and commercials to documentaries and feature films.

Allen, his grandson said, is a somewhat quiet person, very internal and deliberate in what he says and does.

"I learned how to just be and take in my environment," Cheney said, adding that in Allen's presence, "You absorb that moment."

While gardening with his grandfather, Cheney and Allen discussed life and music.

He said his grandmother, Winnie Allen, is the strong glue that holds the family together. She is his mentor and a guiding presence in everyone's lives, Cheney said.

Son of Allison and Stephen Cheney of Thomasville, Cheney designed the cover of "Crescendo," a musical term that means a gradual increase in loudness in a piece of music. He described Allen's life as a crescendo — "an unlikely crescendo."

The cover depicts Allen playing a grand piano as the world embraces him. The large, moss-draped tree represents Thomasville. The music is feeding the tree. The stars represent people whose lives have been impacted by Allen.

"It is meant to be subtle," Cheney said of the cover.

Cheney will go on a book tour, focusing on the southeastern United States. He also will take the tour to Los Angeles and New York.

His mind and time are split between Beverly Hills and Thomasville.

Cheney is excited about the book launch — an event he said had to take place in Thomasville — "our town."