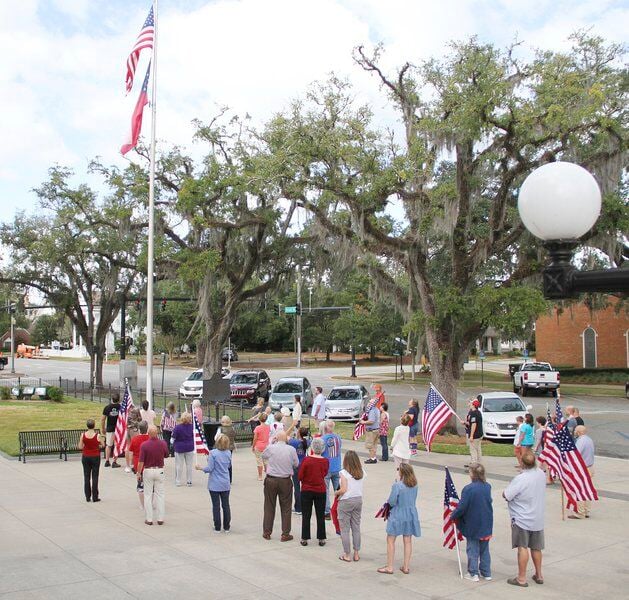 Pat Donahue/Times-EnterpriseSupporters of President Trump faced the flag at the Historic Thomas County Courthouse to recite the Pledge of Allegiance. 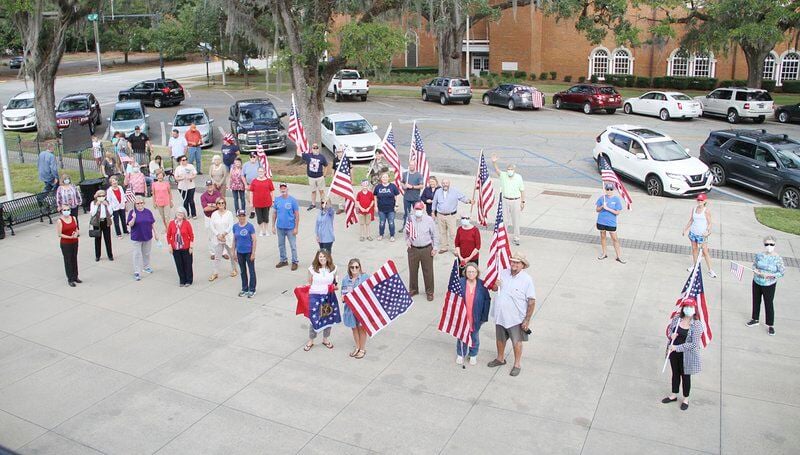 Pat Donahue/Times-EnterpriseSupporters of President Trump faced the flag at the Historic Thomas County Courthouse to recite the Pledge of Allegiance.

THOMASVILLE — A crowd of approximately 50 people gathered in front of the Historic Thomas County Courthouse on Sunday afternoon, urging President Trump and his supporters not to relent in his re-election bid.

Former vice president Joe Biden has been declared the winner, getting the requisite 270 electoral college votes to be the 46th president. But President Trump has charged there has been voter fraud in several key states.

But the final results could be delayed through legal challenges.

Many major media outlets declared Biden the winner Saturday, citing he took Nevada and Pennsylvania to push him over the top. Some states, including Georgia, remain in limbo.

As of Monday morning, the Georgia Secretary of State’s office has recorded more than 2,466,000 votes for Biden and more than 2,455,000 for President Trump.

Waldrep said the news Saturday that Biden was being declared the winner was “more than anything, confusion.”

Waldrep also said he believed there was a great deal of voter fraud.

“I love our town,” Waldrep said. “I love our country. We wanted to come together peacefully for the love of God and country.”

Waldrep said one of the reasons behind the rally was to “try to keep fighting and keep everybody going.”

“We’re going to continue to support President Trump,” he said. “I’m confident that he will be elected president.”