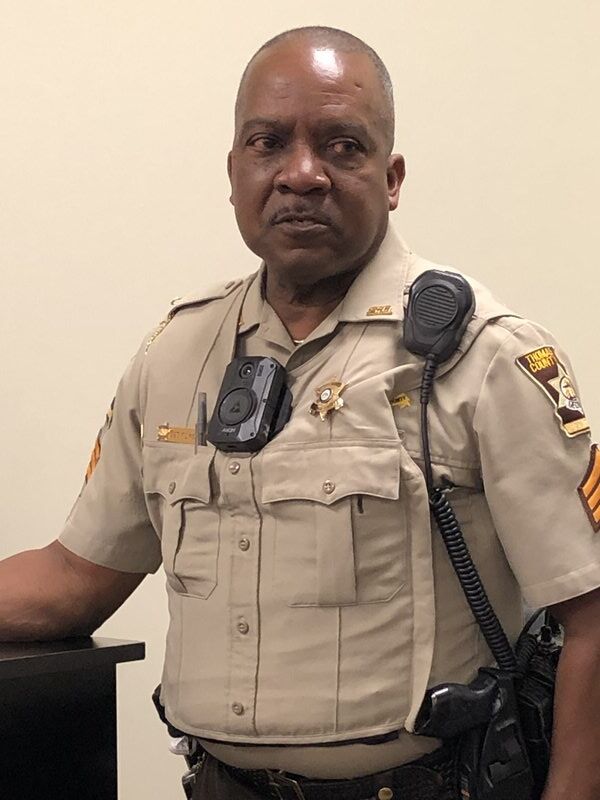 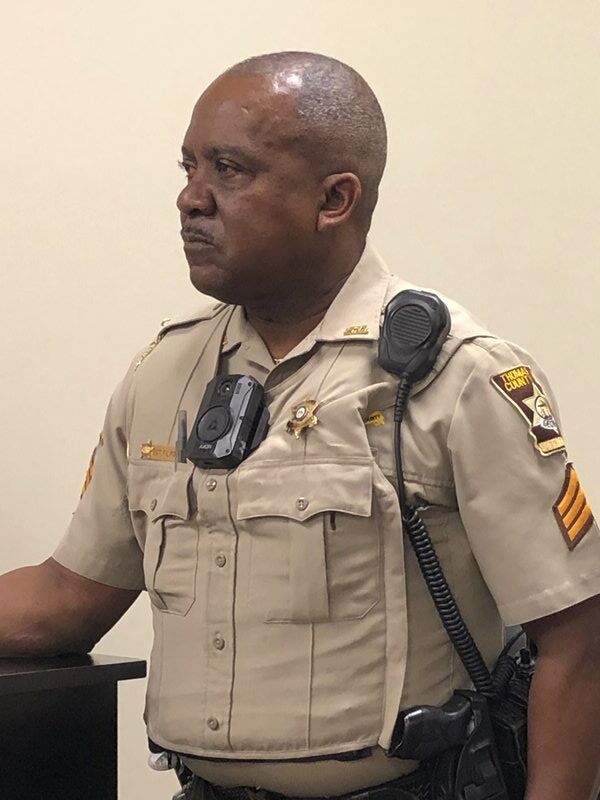 Armed with a warrant, Filmore would return several hours later with someone others had found it difficult to find, said Capt. Steven Jones, sheriff's office public information officer.

"He picked up the name of 'Bird Dog' because of his ability to find people," Jones said.

Easy-going Filmore possesses a gift for diffusing almost any situation.

"I'm very good at de-escalating things," Filmore said, adding that he attempted to solve problems and issues when responding to calls.

In reference to family violence calls, he said, "Sometimes, somebody has to go to jail. Sometimes, it's women. You'd be surprised."

Filmore joined the sheriff's office as a road deputy and has remained in the position during his law enforcement career. Upon his retirement, he was an assistant team leader on a patrol shift.

The retiring deputy recalled when he was hired by the sheriff's office and interviewed by Sheriff Carlton Powell and Walter Hadley, the late longtime former chief deputy.

"They trusted me. They knew I'm honest," Filmore said. "I don't choose colors. I don't see colors."Filmore and his wife, Gloria, have been married since 2008. They were together 21 years before marrying.

The deputy raised his three now-grown sons as a single parent.

Watkins said the highest compliment he could pay Filmore is to point out that the deputy raised his three sons alone and sent two through college while tending to his sheriff's office duties, serving in the Georgia Army National Guard and serving a tour in Iraq. Filmore also served in the U.S. Marine Corps.

The deputy also has been a father figure to his stepchildren.

Filmore retired from the Guard in 2010, at the rank of sergeant first class. For two years after the 2001 terrorists attacks, Filmore, while on Guard duty, worked in security at Dobbins Air Reserve Base in Marietta.

He was one of two deputies who represented the sheriff's office at the 1996 Olympics in Atlanta.

A 1974 Thomasville High School graduate, Filmore was a wide receiver on the THS football team when the Bulldogs won the state championship. The team won the national championship the year after Filmore graduated.

After retiring, Filmore, 65, looks forward to spending time with his family and fishing.

"It's kind of touching," he said upon reflecting on his sheriff's office career, "We're like a family here. We have each other's back."