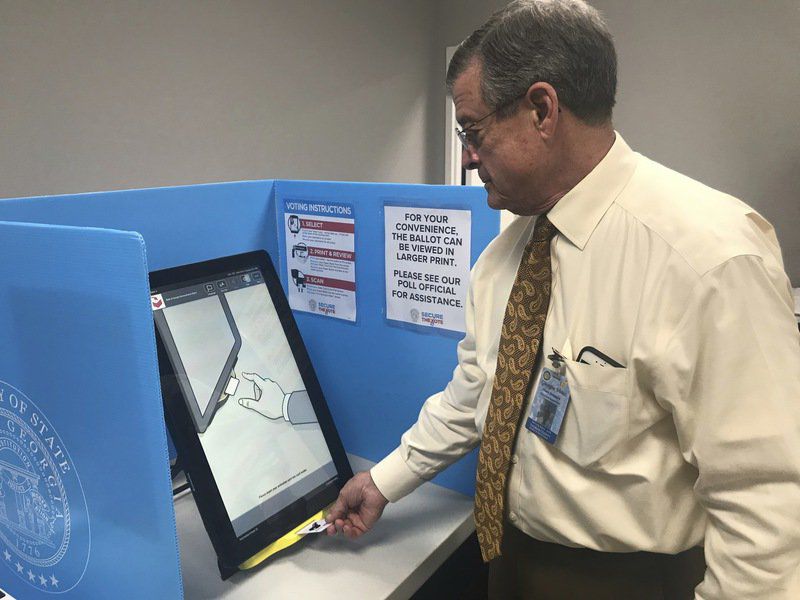 Patti Dozier/Times-EnterpriseFrank Scoggins, elections supervisor, demonstrates how to use a new voting machine. 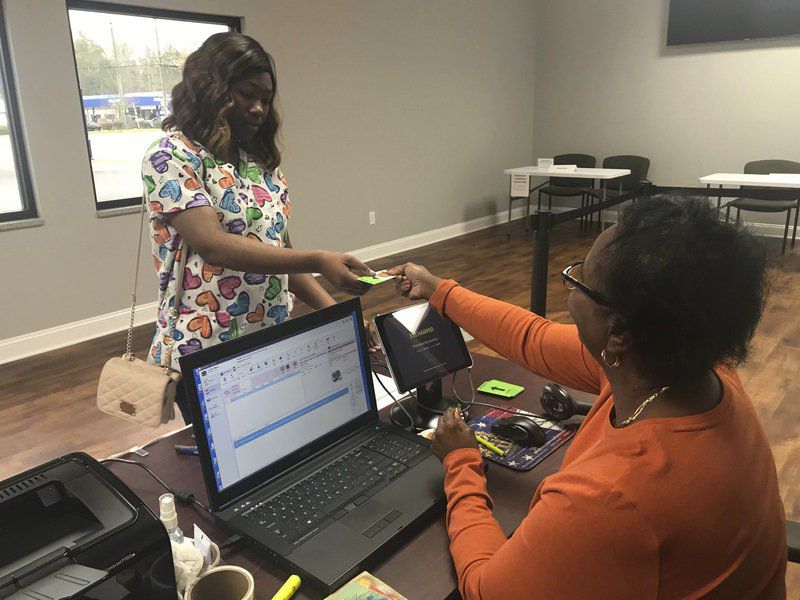 Patti Dozier/Times-EnterpriseFrank Scoggins, elections supervisor, demonstrates how to use a new voting machine.

THOMASVILLE — Many people have told Thomas County's elections supervisor casting ballots on new voting machines is not as difficult as some thought it might be.

All Georgia counties have been equipped with new voting machines at state government's expense. Thomas County voters are using the machines for the first tine in the presidential preference primary.

At the end of the day Tuesday, 128 Republican and 260 Democratic primary ballots had been cast.

Voting still involves a touch screen. Once a ballot is marked on the screen, the voter is able to look at a printout of how he or she voted. The paper printout is placed into a scanner by the voter. The scanner reads information from the ballot and drops the ballot into a sealed bin.

Scoggins encourages early voting so elections office employees can help those who need assistance with the process.

"We're here to assist voters in the mechanics of the voting process," he said, adding that voting takes "a minute or two."

New voting equipment will not delay the tabulation of votes when polls close and results are posted at the elections office.

Results at each polling place will be recorded on memory cards.

The memory cards will be placed in sealed bags and transferred immediately to the elections office for tabulation, Scoggins said.