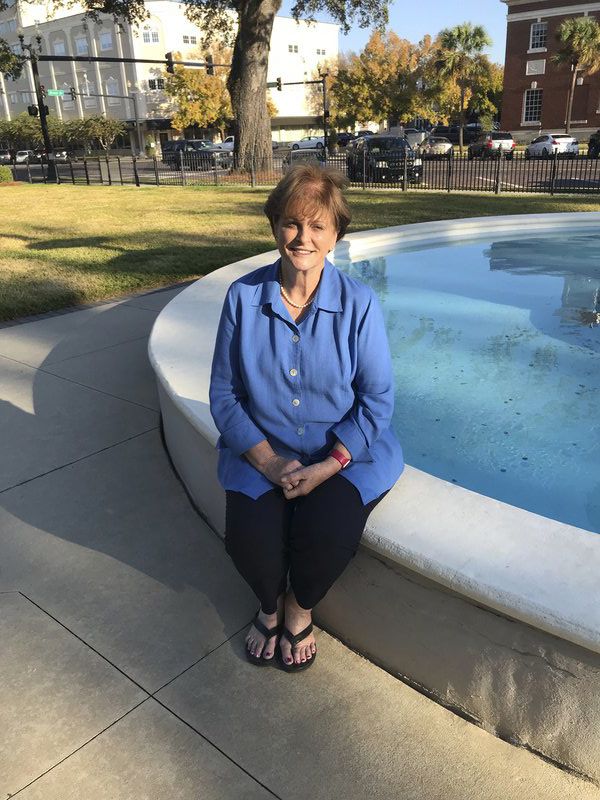 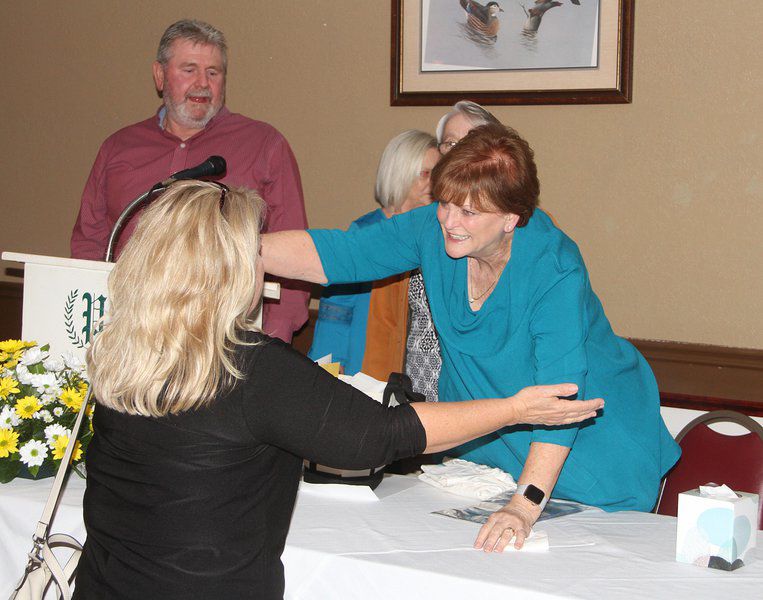 Pat Donahue/Times-EnterpriseTwink Monahan prepares to receive a hug after a farewell reception in her honor at The Plaza. 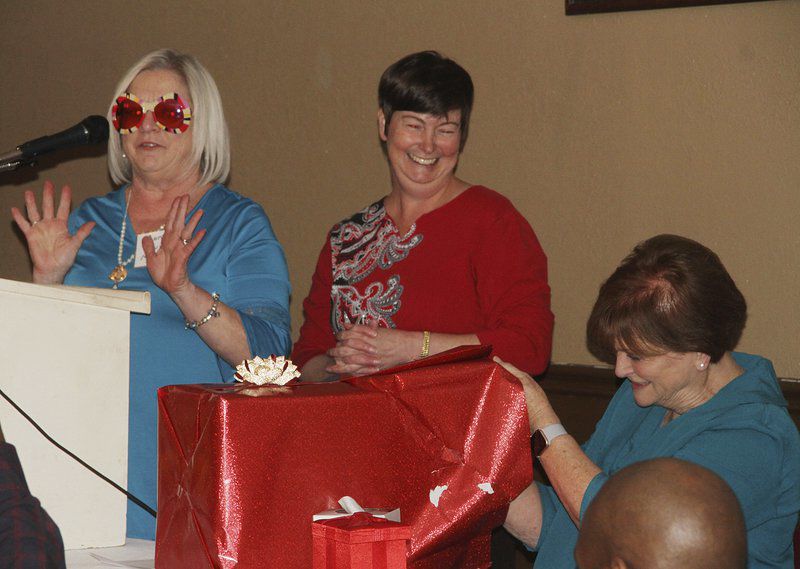 Pat Donahue/Times-EnterpriseCo-workers and friends brought gifts for Twink Monahan at her retirement reception. 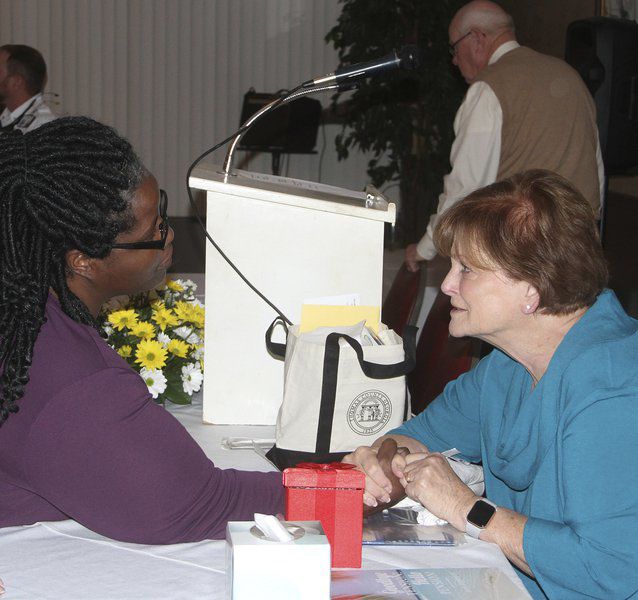 Pat Donahue/Times-EnterpriseTwink Monahan prepares to receive a hug after a farewell reception in her honor at The Plaza.

Pat Donahue/Times-EnterpriseCo-workers and friends brought gifts for Twink Monahan at her retirement reception.

THOMASVILLE — Working close to four decades for the same entity, one is bound to leave sizable footprints. Monnette Twink Monahan did just that in her 39-plus years of Thomas County government employment.

Monahan, who recently retired, signed on with Thomas County government in March 1980, at the tax commission office. She later became county business manager and was in charge of purchasing for the county commission. Her office was at the old Thomas County Prison.

She then worked in building inspections and planning and zoning and returned to purchasing before becoming county commission clerk in 2002.

“She’s been my best supporter. She’s been a great partner at work, and she’s a great friend,” Stephenson said

The friendship, he said, will continue.

“Thomas County people could not have had a more diligent, conscientious clerk than Twink,” Stephenson said.

Said county Commissioner Ken Hickey, “She was Thomas County. She was everybody’s ‘big mama.’ She took care of everybody.”

Hickey has known Monahan for 35 years, long before he was elected to the commission 13 years ago.

Monahan, 70, was born at Tyndall Air Force base in Panama City, Florida. Her father, a pilot, died in a military plane crash in 1949.

“I was 7 months old,” Monahan said, adding that she had a 3-year-old sibling.

Monahan considers it ironic that her father, Lt. E. Kane Barrett, served in the World War II campaign, then died in the States on a routine training flight after the war.

“He told me to respect my employers and elders,” she said.

“She knew how to keep us straight,” said Josh Herring, one of Monahan’s former employers and former longtime county commissioner.

Herring described Monahan, a Boston resident, as “a great person and pleasant to work with.”

Said Herring, a Boston resident, “She was a total asset to Thomas County, and she’s that way to Boston, Georgia.”

John Bulloch, also a former longtime county commissioner, recalled when Monahan’s office moved from the prison to the courthouse.

“She hung around too long, and she became clerk,” Bulloch said.

Monahan, he said, was a straight shooter.

“If you did something wrong under her, she wrote you up,” Bulloch, a former state senator and representative, said. “Thomas County is going to miss her.”

Monahan, who has worked for seven county managers, plans to get away from it all by spending time with her two children, seven grandchildren and two great-grandchildren.

“My life has been Thomas County,” Monahan said.

She plans to do volunteer work, but will be selective in her choices.

“I’m going to miss these people so much,” Monahan said, in reference to her county government co-workers. “They have been my family.”