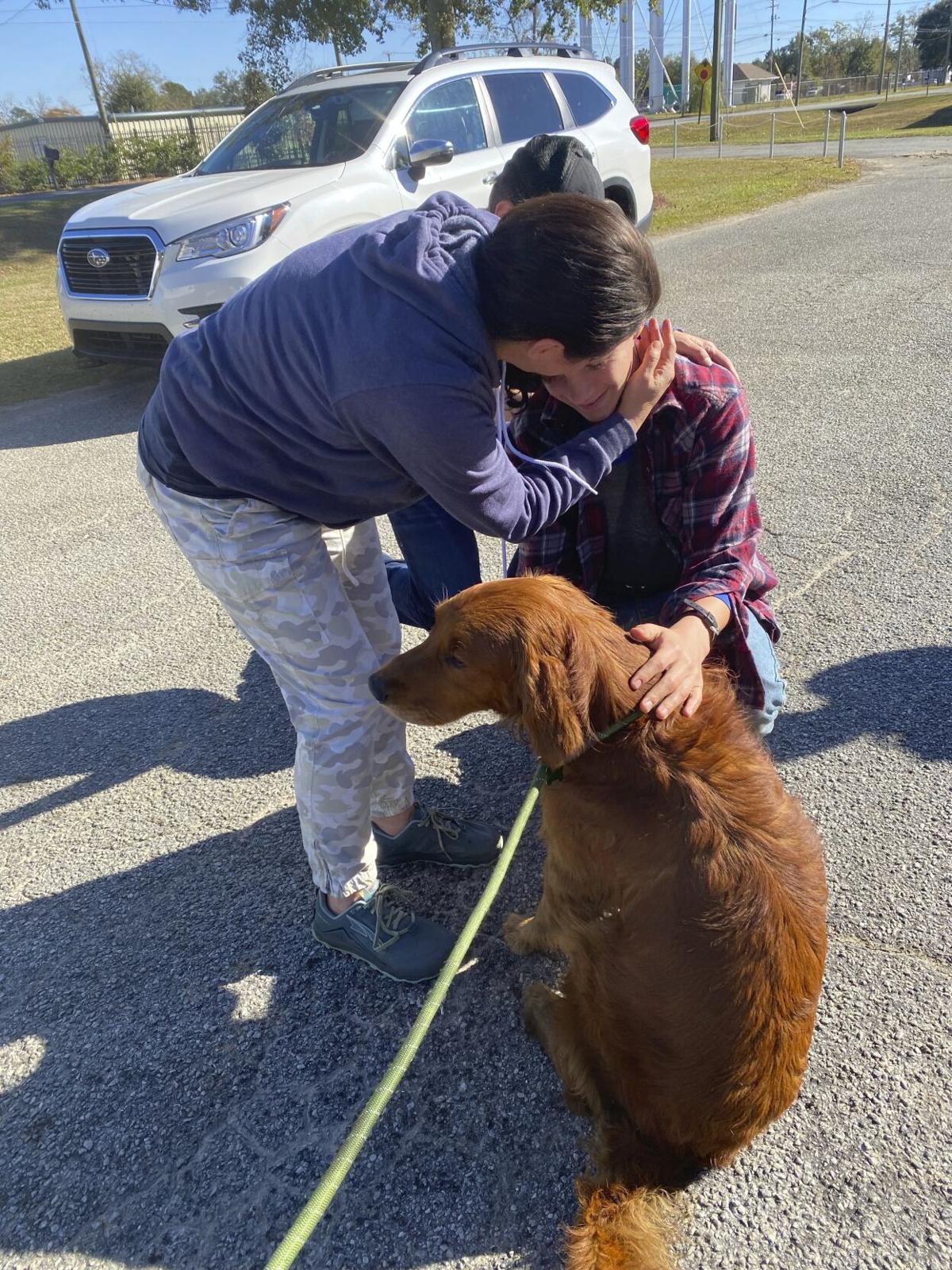 Bailey, the Popiel's family dog, safely returns to the family after being rescued from a storm drain. 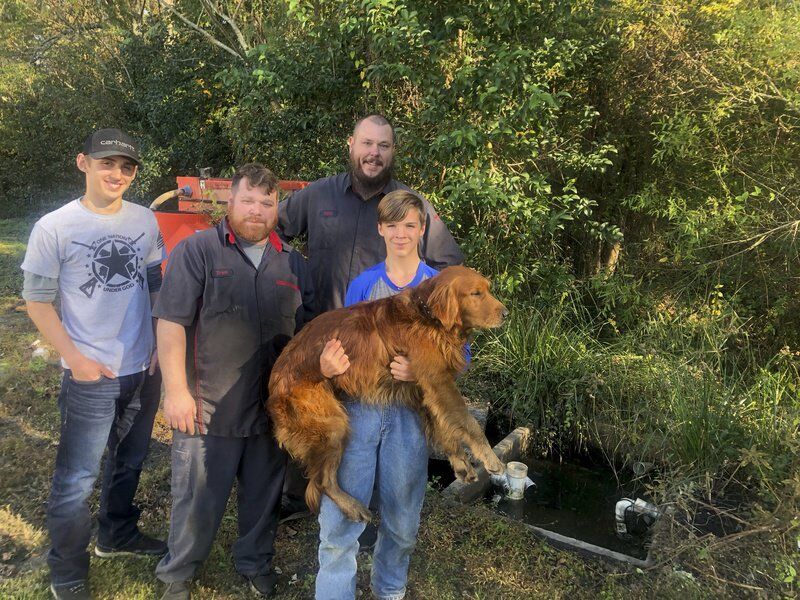 Bailey, the Popiel's family dog, safely returns to the family after being rescued from a storm drain.

THOMASVILLE — What started off as every dog owner’s nightmare ended in an early Christmas miracle as described by one family who reunited with their beloved dog.

Michelle Popiel, a Thomasville resident, and her family had searched everywhere Monday night and Tuesday morning for their family dog Bailey.

The four-year-old golden retriever squeezed out of the back window of the family’s truck around 3:30 p.m. Monday while they were shopping at the Gateway Shopping Center.

“Bailey is like a family member to us,” Michelle said as her 14-year-old son Noah got the dog for his 10th birthday when he was a puppy.

Within a few hours of Bailey’s disappearance, flyers were distributed, and social media posts were made for Bailey that garnered a generous amount of support from the community.

“The outpouring of love and concern not just from friends but also just perfect strangers was just incredible,” she said, pointing out close to 1,000 people responded and shared her Facebook post regarding their missing pet.

Even with ample community support, the family still had no luck finding Bailey.

Little did they know at around 2 p.m. Tuesday, were two other perfect strangers who answered the family’s call for help.

"I drove over there and saw the dog was struggling in the water and was like, 'this dog's freezing and something's wrong here,'" Dallas Johnson, a Flowers Nissan mechanic, said.

Johnson was notified about something strange coming from a nearby storm drain while he was working and decided to go check it out.

It turned out to be Bailey whimpering for help.

"Its legs were actually tangled up under water, but he was just so exhausted from being in that cold water," he added.

Johnson didn't hesitate to call over his co-worker Brent Sizemore to help him get Bailey freed.

“I’ve never been involved in anything like this in my life. I knew you see an animal in distress you want to try and help," Johnson said.

After 15 minutes, the two men pulled Bailey to safety and called the Humane Society for further help.

“The dog was so tired he couldn’t even stand up,” Chandler Giddes, executive director of the Humane Society said. “He was soaking wet, and it had been a very long, hard evening for him.”

It didn’t take long for Humane Society employees to Identify the dog and notify the Popiel family that the search for Bailey had finally come to an end.

“It really was a Christmas miracle,” Michelle said as she thought back to the joyous reunion between her family and Bailey. “It looked like he wouldn’t have made it too much longer in that situation.”

Luckily, Bailey didn’t sustain any serious injuries from being stuck in the storm drain other than a lot of broken nails the family said he probably got from trying to fight his way out.

Giddes was glad this lost dog situation came to a happy ending as he said he sees an average of 100 or more lost/stray dogs come into the Humane Society a month.

“It was a really good happy ending, and we don’t get those very often or not often enough,” he said. “Dogs are brought to us every single day as lost dogs. Lots of people lose their pets and never see them again.”

With Bailey safely returned to his family, Michelle said she can’t thank everyone who offered their prayers and generosity during the search enough.

“We tried to stay positive all day and look for the good in it and I think the good in that was just to see so many people want to help when people truly cared and wanted to unite around something like that,” she said.

Michelle’s other son Nate said Bailey’s return confirmed how special he is to his family, especially his brother Noah.

“Noah will probably never get another dog again,” he said. “I think it was just a true answer to a prayer.”