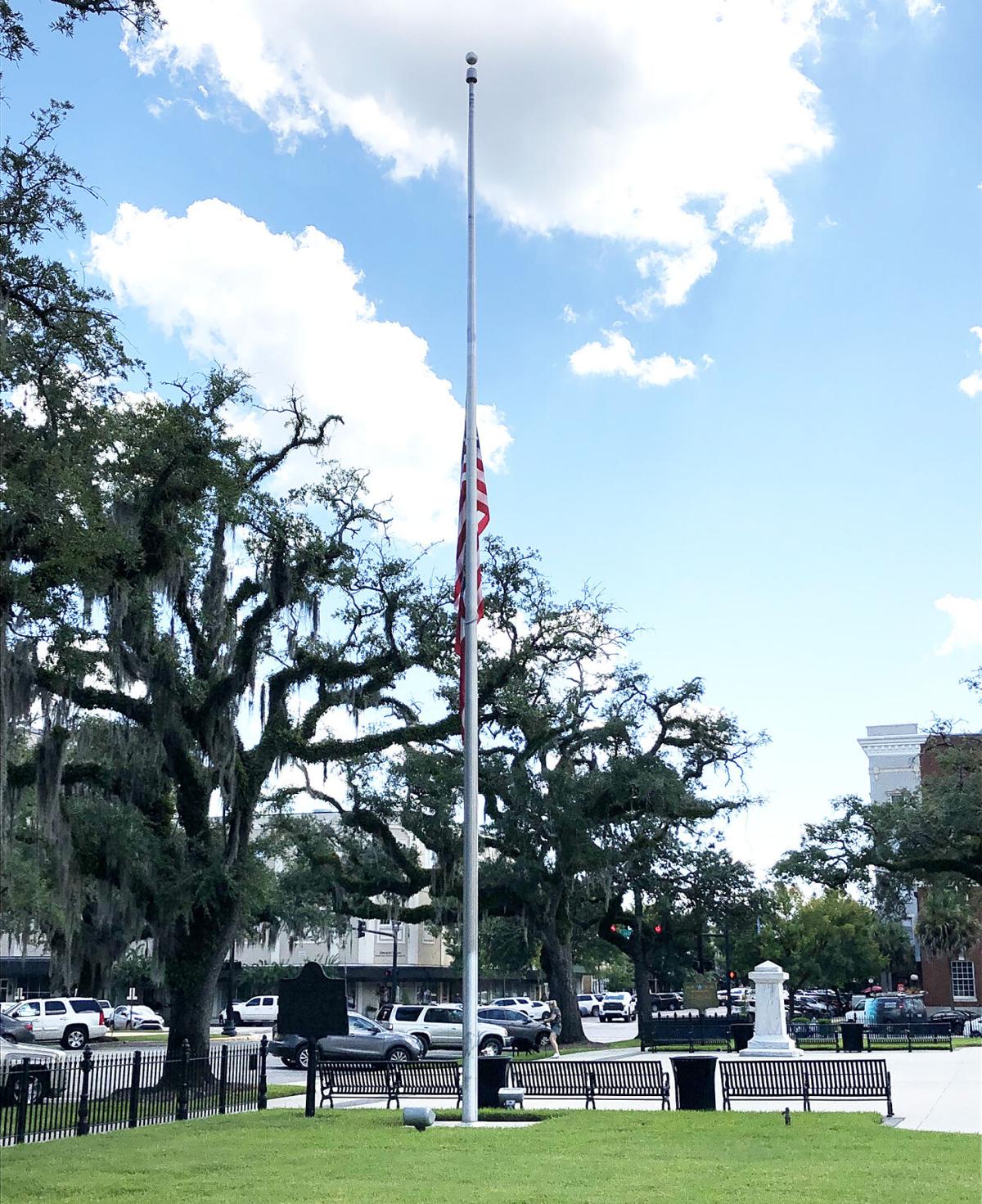 The flag in front of the Historic Thomas County Courthouse is at half-staff in honor of the nearly 3,000 people killed at the World Trade Center, the Pentagon and aboard Flight 93 in the worst terrorist attacks on the U.S. 20 years ago today. 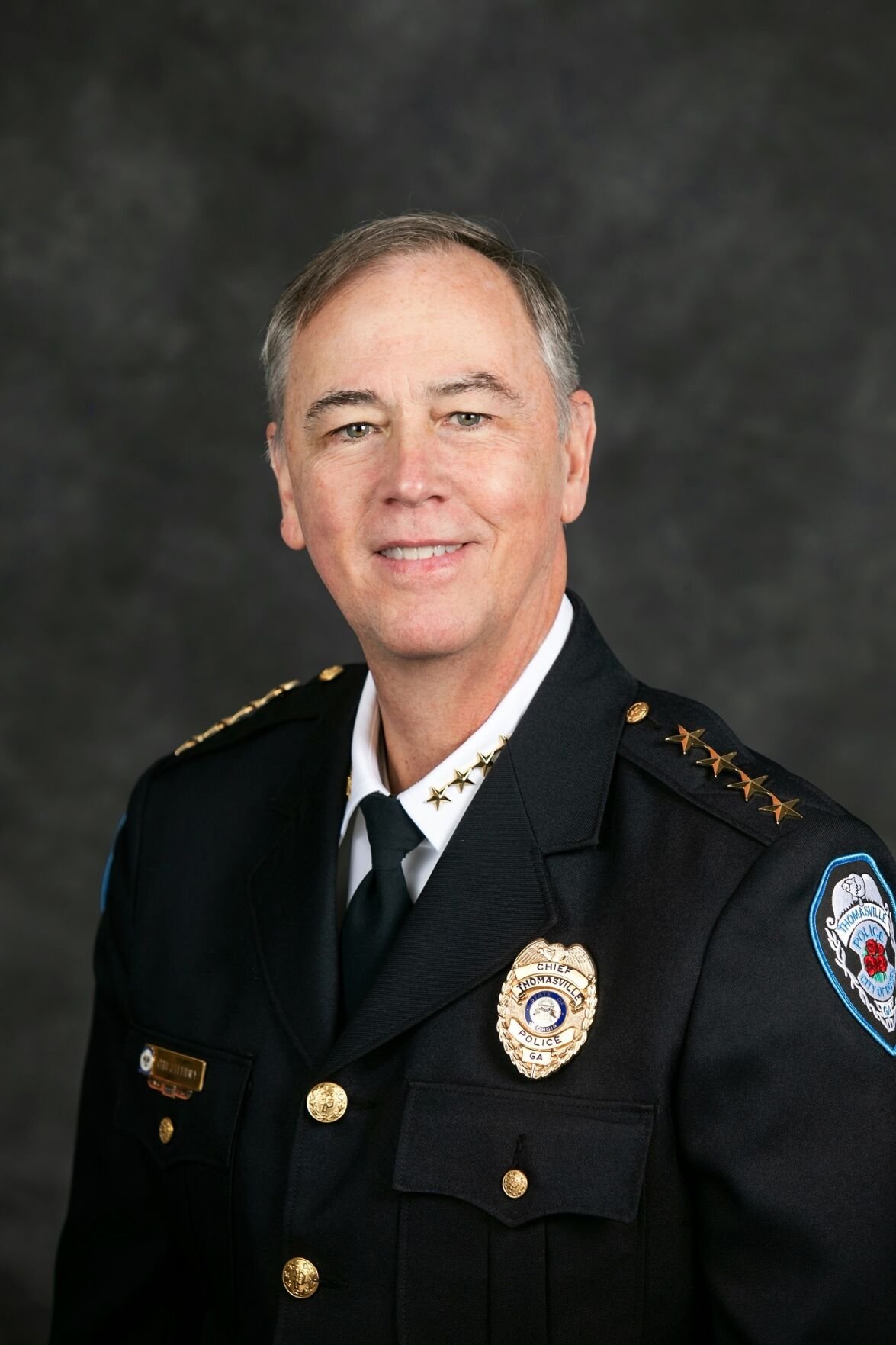 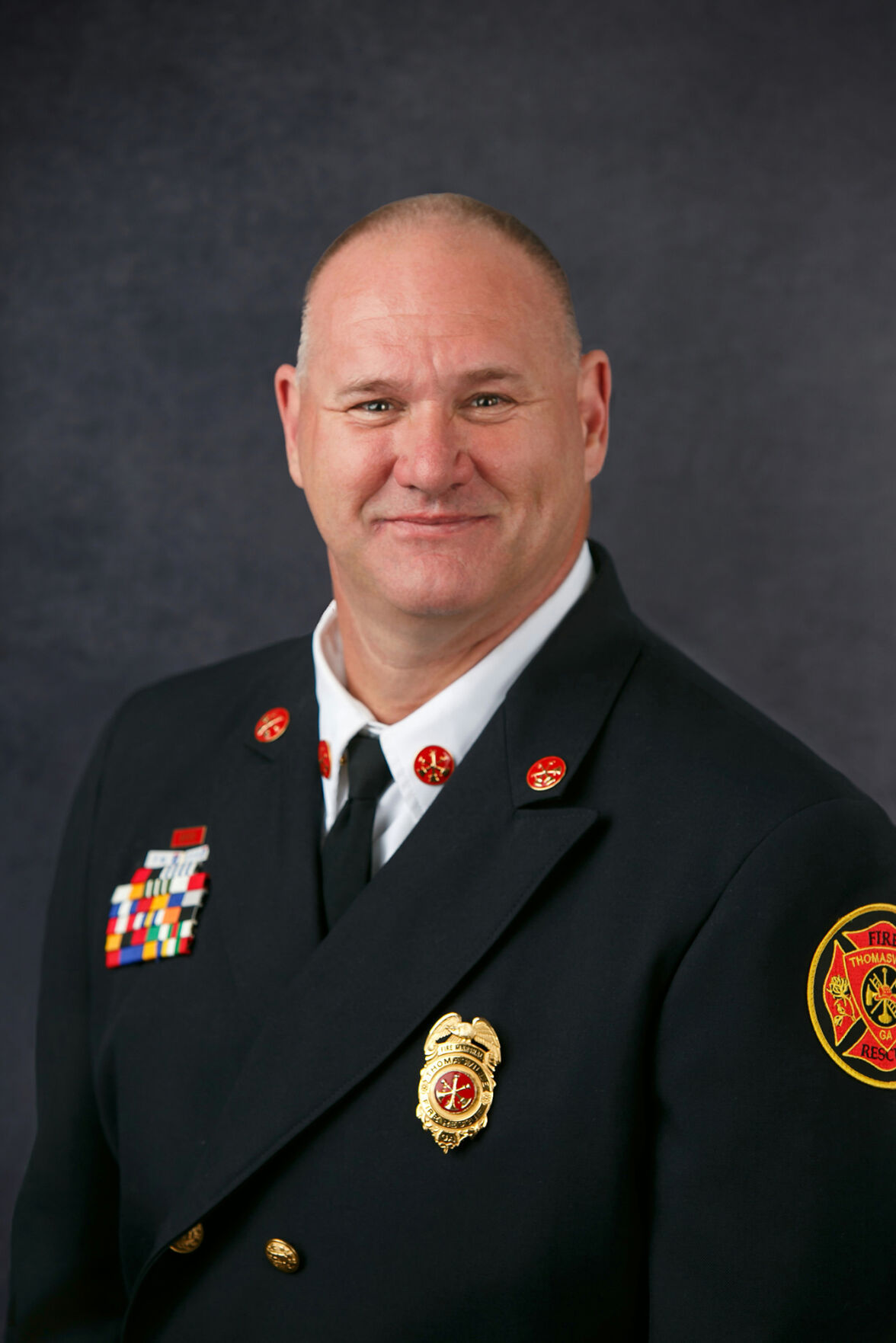 The flag in front of the Historic Thomas County Courthouse is at half-staff in honor of the nearly 3,000 people killed at the World Trade Center, the Pentagon and aboard Flight 93 in the worst terrorist attacks on the U.S. 20 years ago today.

THOMASVILLE — Nearly 3,000 people lost their lives 20 years ago during the terrorist attacks on New York City’s World Trade Center and the Pentagon, and Thomasville first responders are making sure they are never forgotten.

On that very day Letteney was sitting in his office at a Western New York substation when he suddenly heard the news from his secretary.

“I keep going back, even though it’s 20 years later, to those brave men and women, be they police officers, fire fighters, EMTs or citizens that were doing heroic things in those towers, the Pentagon and on Flight 93 and that’s the memory that needs to live on,” he said.

While the horrific day brings back a lot of those memories, it also brings forth change, unity and heroism that Letteney said isn’t prominent in today’s society.

“When tragedy strikes as it did that day, people that weren’t in emergency services stepped up and made a difference and we need to remember that and see our role in how we’re servicing other people and keeping our communities and nations safe,” he said.

Among the death toll there were more than 400 emergency personnel who sacrificed their lives to save another.

Thomasville Fire and Rescue Chief Tim Connell said because of their sacrifice, he’s honored to call himself a first responder.

“Being a fire fighter and knowing what those men and women went through, it’s an honor to be a fire fighter to start with. We know that going into the job there’s risks and dangers and we accept them,” he said.

Connell remembers learning about the news after getting out of surgery during his orthopedic surgeon career.

“When I came out of the surgical room, I noticed everyone was gathered around the TV,” he said. “I walked up and saw what was going on. I still didn’t quite understand because I’ve never seen anything like that. It was pretty disheartening.”

Although this year the 9/11 memorial stair climb has been postponed to November 13 due to public health concerns, Connell said it will allow the tribute to be even bigger than what was initially planned.

“We’re still going to honor them, but I know they would not want to put us at risk on something we can look down the road and still honor them even more,” he said.

“We have to learn from the past. We can always learn from any call we run, but when you have a loss of life like that, you have to step back and look at our tactics,” he said. “We have to honor the lives that were lost that day, by honoring them on what we did right and what we did wrong.”

Letteney said he hopes that the community will always remember 9/11 as a day of honor for many years to come.

“We said back then, as a nation, as a world we would never forget,” he said. “There’s some people that think folks have forgotten. In the first responders community we have not and we won’t because we lost brothers and sisters. It’s important to remember the lives lost, remember the sacrifice and remember the heroism and to honor that service and sacrifice.”

Earl Ray Simpson, 83, of Thomasville, passed away on Thursday, September 23, 2021 at Archbold Memorial Hospital. Funeral Services will be held at World of Truth Tabernacle on Monday, September 27, 2021 at 2:00 pm with Rev. Gerri Simpson officiating. Visitation will be held one hour prior to …