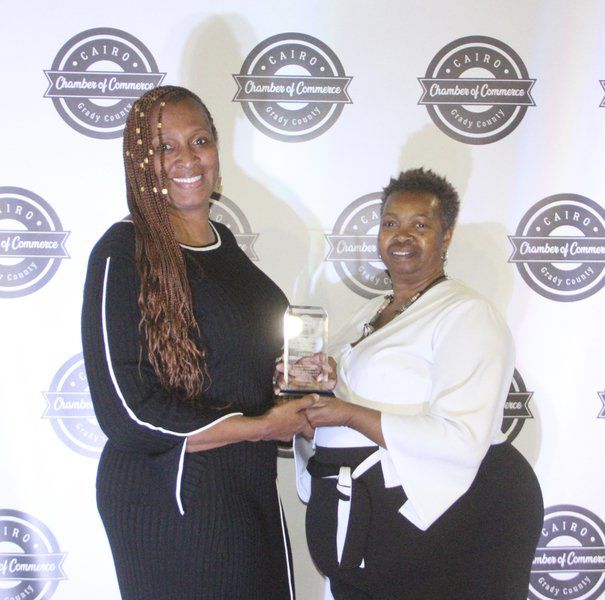 Erik Yabor/Times-EnterpriseDemario Byrden was named Young Professional of the Year. Accepting the award on his behalf were Thelma Thomas and Dorothy Johnson. 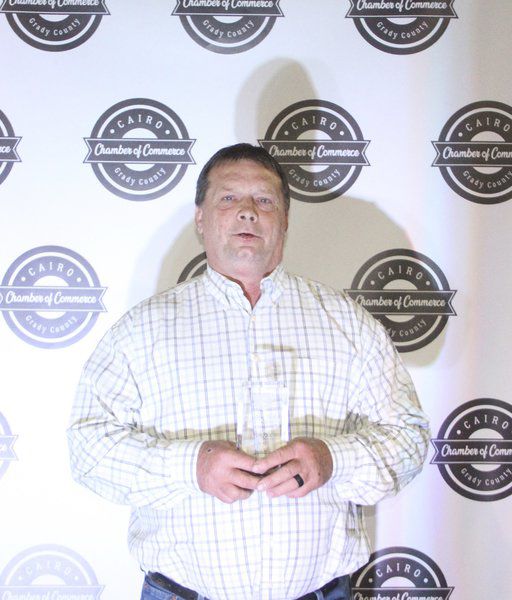 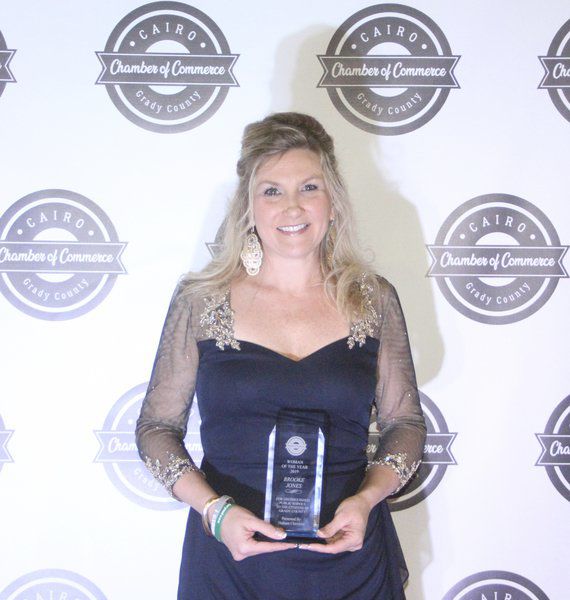 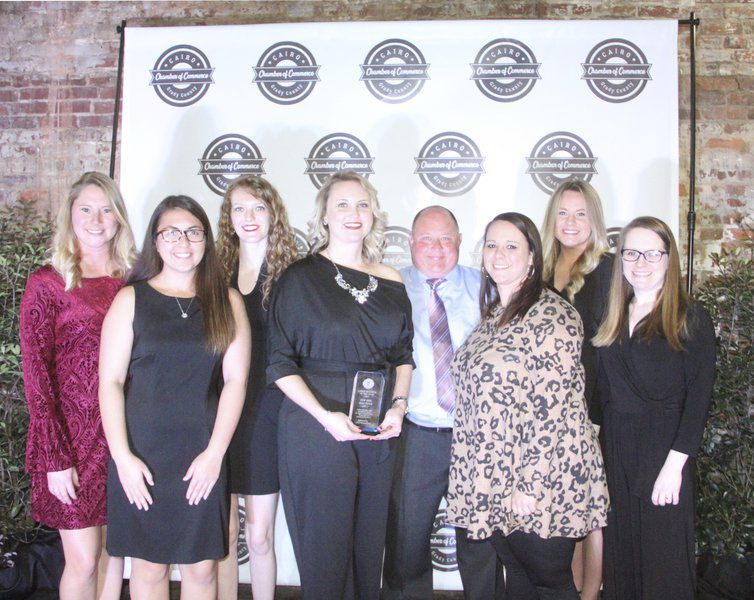 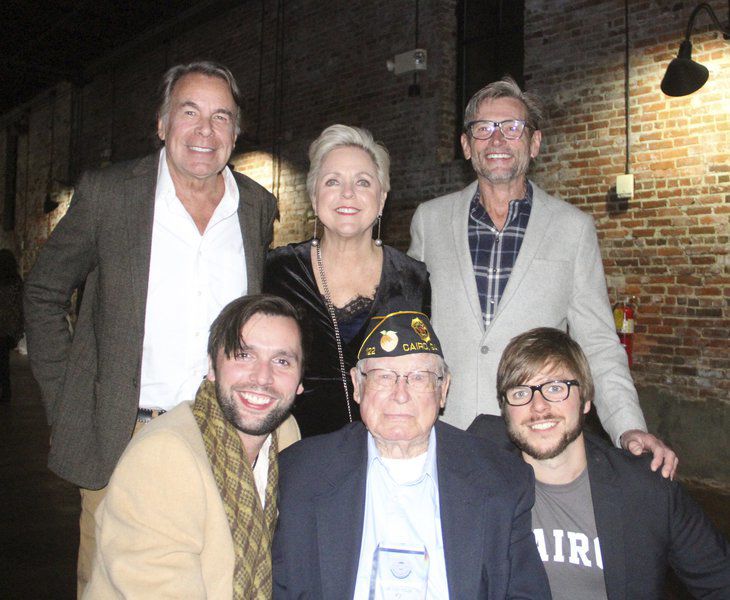 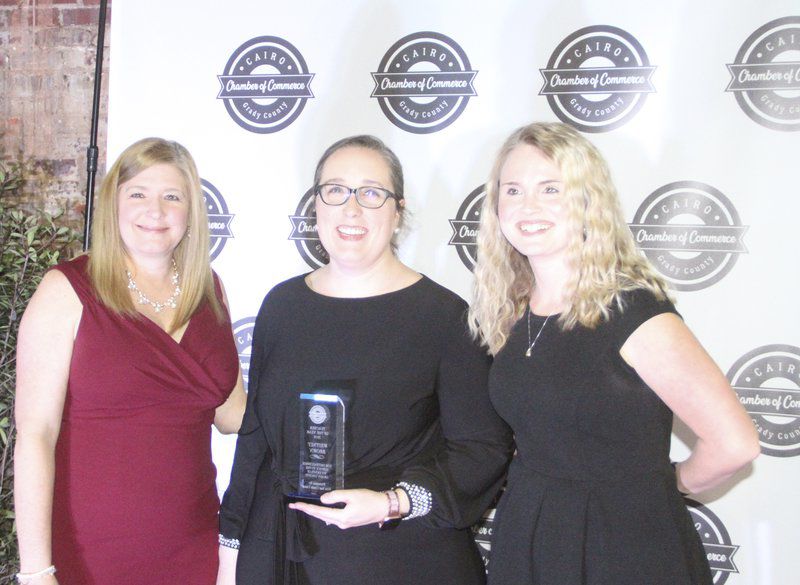 Erik Yabor/Times-EnterpriseWhitney Brown, center, was named Teacher of the Year. 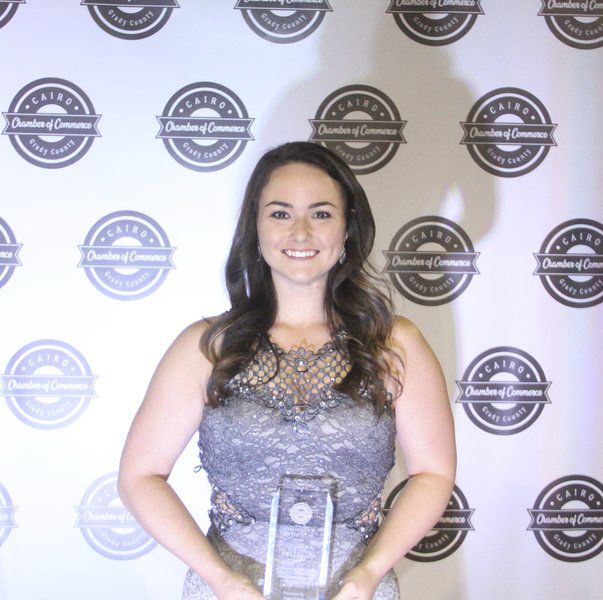 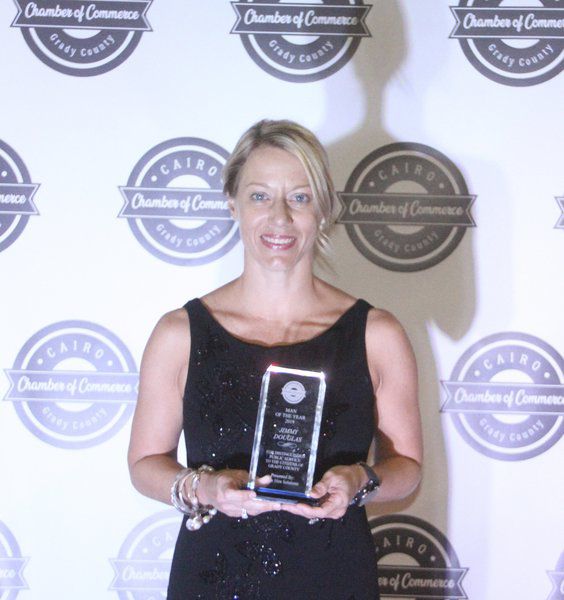 Erik Yabor/Times-EnterpriseJimmy Douglas was named Man of the Year. His daughter, Donica Williams, accepted the award on his behalf. 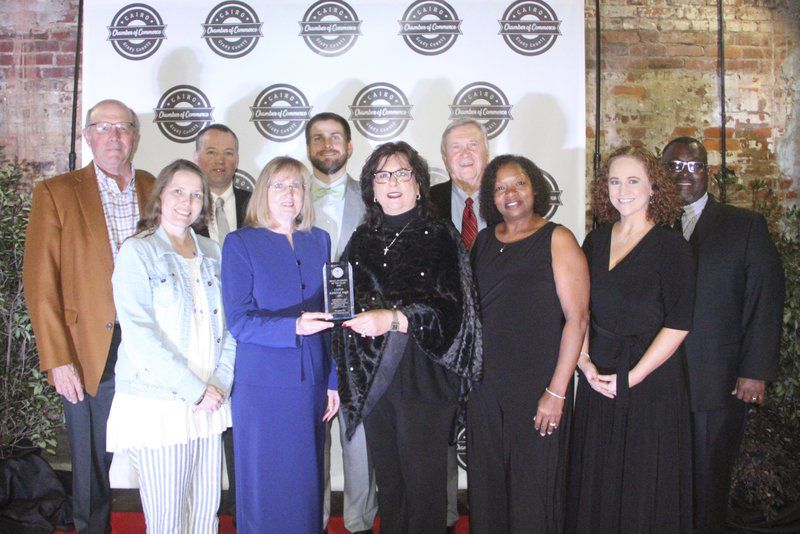 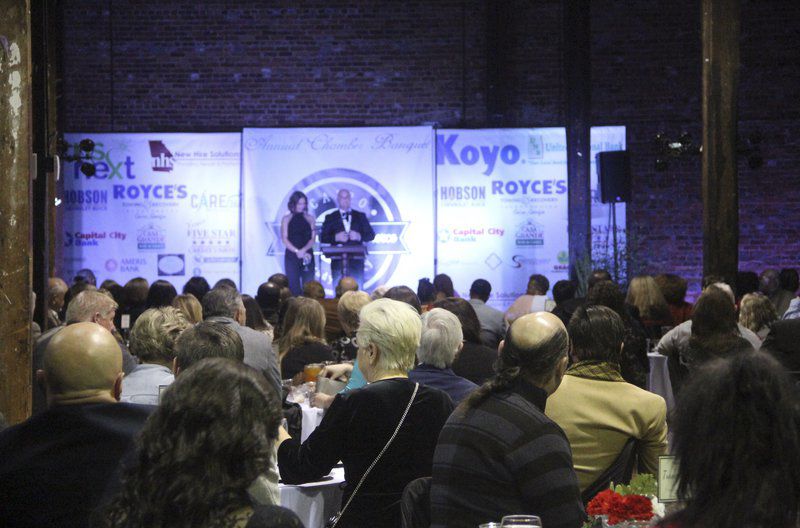 Erik Yabor/Times-EnterpriseMore than 350 guests were in attendance as 11 awards were presented to individuals nominated by their peers in the community. Entertainment was provided by the Billy Rigsby Band and FIRM Dance Company.

Erik Yabor/Times-EnterpriseDemario Byrden was named Young Professional of the Year. Accepting the award on his behalf were Thelma Thomas and Dorothy Johnson.

Erik Yabor/Times-EnterpriseWhitney Brown, center, was named Teacher of the Year.

Erik Yabor/Times-EnterpriseJimmy Douglas was named Man of the Year. His daughter, Donica Williams, accepted the award on his behalf.

Erik Yabor/Times-EnterpriseMore than 350 guests were in attendance as 11 awards were presented to individuals nominated by their peers in the community. Entertainment was provided by the Billy Rigsby Band and FIRM Dance Company.

CAIRO — More than 350 guests were in attendance at the Grady Cultural Center on Saturday as 11 awards were presented to individuals nominated by their peers in the community at the 94th annual Cairo-Grady County Chamber of Commerce banquet.

Longtime Cairo City Council member Jimmy Douglas was named Man of the Year. Assistant chamber director Courtney Salapa King, who presented the award, cited Douglas’ experience coaching for more than 25 years at the Grady County Recreation Department and his previous service on the Grady County Board of Education as well as his volunteer positions with the Kiwanis Club’s Junior Talent Show, Grady County Junior Miss pageant and the United Way on top of his time with the city council as reasons why he received the honor.

“He is a dedicated public servant and a hard-working family man,” King said.

Douglas, who has served on the city council since 2006, has been married to his wife Paulette for more than 50 years. Together, the two have three children and three grandchildren.

Douglas was unable to attend the banquet Saturday due to his commitment to the Cities United Summit. His daughter, Donica Williams, accepted the award on his behalf.

Brooke Jones was awarded Woman of the Year for her efforts in bringing awareness to Phelan-McDermid Syndrome, a rare genetic disorder which her son Turner was diagnosed with in June.

“During the past year, she has inspired many with her willingness and determination to raise awareness of Phelan-McDermid Syndrome,” King said.

After learning of her son’s diagnosis, Jones, who King described as “a woman of integrity, morals and strengths,” sold more than 600 shirts designed for her son to help raise awareness for his rare condition. As a result of her efforts, Governor Brian Kemp issued a proclamation for October 22 to be declared Phelan-McDermid Syndrome Awareness Day in Georgia.

Jones is also an active member of the Cairo Rotary Club and serves on the First National Bank board of directors.

New Hire Solutions was named Large Business of the Year, in part due to their attempts to invest resources into the community. Employees at New Hire are encouraged to volunteer their time, with every hour of community service being rewarded with two hours of paid time off. Recently, the company has also increased their involvement in work-based learning initiatives in local schools, providing training on interview techniques and resume writing.

“This organization understands that the business is only as strong as the community,” King said.

Over the past year, New Hire has filled nearly 3,300 jobs in the region, including temporary assignments, temporary to permanent placements and full-time placements, and the company has provided staffing and payroll solutions in the area for the past 15 years.

Small Business of the Year was awarded to United National Bank, founded in 2000 and the only locally-owned bank in Grady County.

UNB “believes in encouraging employees to be involved in the chamber, schools, sports and clubs to enhance their presence in the community,” King said. “Networking with businesses, being involved in education and promoting their own business helps strengthen the community where we live and work.”

Employees and UNB have volunteered at schools, the chamber and local civic organizations in order to give back to the community.

Cairo High School teacher Whitney Brown was named Teacher of Year for her efforts in creating the school’s Culinary Arts program, complete with a $300,000 commercial kitchen. The program has catered to more than 5,000 this school year alone.

Brown, who began teaching at CHS in 2012, was awarded a $5,000 grant from the Ford Next Generation Learning Academy last year which was used to purchase a food truck to help integrate career readiness skills into school lessons. She was previously named Teacher of the Year by CHS and Grady County Schools in 2019.

Byrden, a juvenile probation officer with the Lowndes County Sheriff’s Office who works with at-risk youth, also runs his own sound and lighting company that provides DJ services for local events. During his time on the city council, Byrden has fought to bring a “major facelift” to Southern Terrace Park and helped spearhead the Fourth of July Concert on the Lawn, which is entering its third year.

Community Service Professional of the Year was awarded to Chris Maples for his efforts in mentoring drug users and individuals navigating through the drug court process. In this role, Maples has provided testimony numerous times and encouraged drug users to become clean and find a new path in life.

Maples had himself been ordered in drug court in 2016 to clean up or head to prison.

“He had hit rock bottom,” King said. “He deserted his family and had nothing.”

In March of 2017, Maples made the decision to become a Christian, and he credits that decision with changing his life.

Now an active member of Family Worship Center, Maples has also reunited with his family.

Former Navy Seabee Shirley Brown was named Veteran of the Year. A member of the American Legion for 30 years, Brown, 92, has taken part in efforts to place flag poles and lights in three cemeteries and was previously a judge advocate.

Avenicio “Ben” Celaya was named Deceased Veteran of the Year. After taking part in the invasion of Normandy in World War II, Celaya remained with the Army, also serving in Korea and Vietnam. During his service, Celaya was decorated with a Bronze Star, a Purple Heart, an Army Commendation Medal, a Combat Infantry Badge, a WWII Victory Medal and a Presidential Unit Citation. Celaya was also a member of American Legion Post 122 for 51 years and was the co-founder of the Veteran Express Bus.

Chamber ambassador Katie Williams was named Ambassador of the Year, and Kris Weaver was awarded the special “Trey With the Chamber” award by chamber executive director Trey Gainous.

Musical entertainment for the evening was provided by the Billy Rigsby Band and the night included a performance by the FIRM Dance Company.

Gainous said he considered the night to be a great success, and said next year’s event is set to be even bigger.

“We are very thankful for our members and I think that message was clear to all who attended,” he said.

Mr. Ronald "Ronnie" Smith, 70, of Thomasville, Georgia, passed away on Monday, February 24, 2020 at Camellia Gardens of Life Care in Thomasville. He was the son of the late James Coleman Smith and Mary Belle Franks Smith. Although Mr. Smith was born in Cook County on December 4, 1949, he liv…