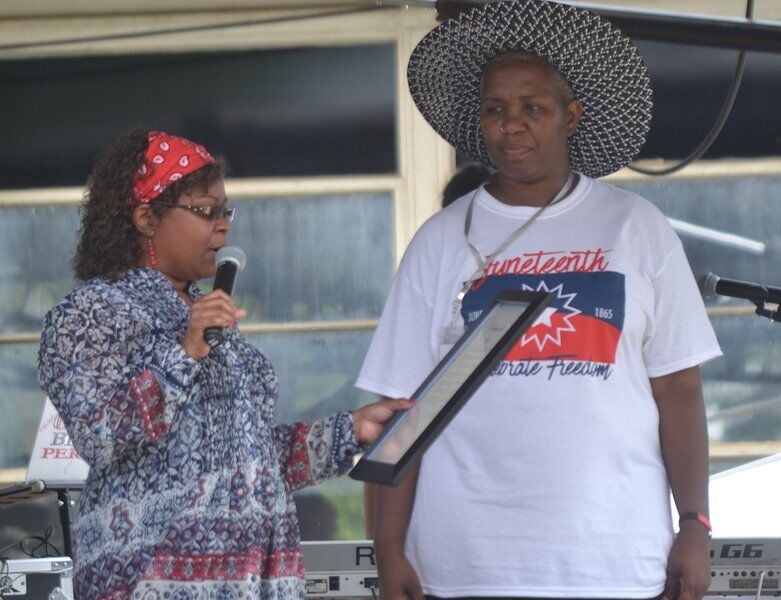 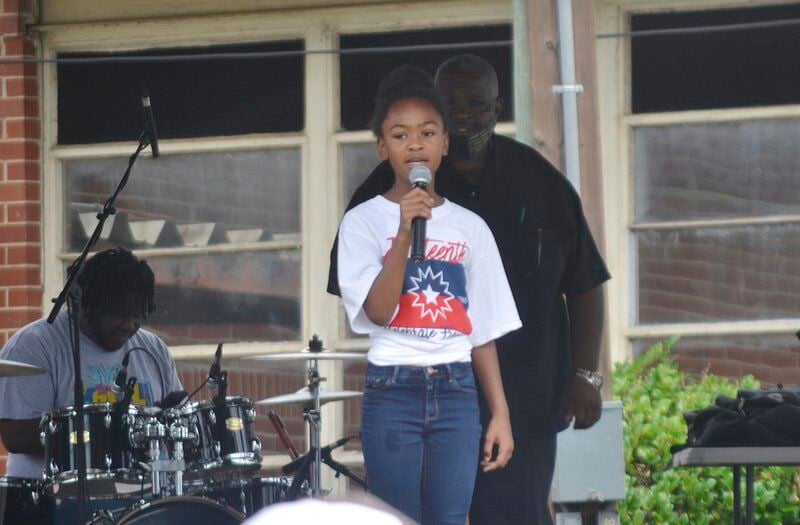 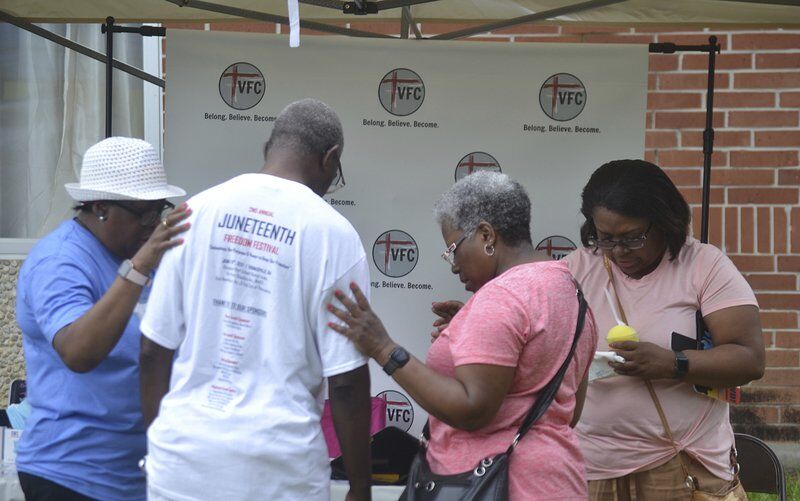 Pat Donahue/Times-EnterpriseAttendees huddle for a prayer at the Victory Fellowship Church booth.

Pat Donahue/Times-EnterpriseAttendees huddle for a prayer at the Victory Fellowship Church booth.

THOMASVILLE — It wasn’t the first Juneteenth celebration in Thomasville, but it was the first in two years — and the first with Juneteenth as a federal holiday.

There were 90 vendors gathered on the old Douglass High School complex Saturday and hundreds of people braved the gathering rainclouds to celebrate the community’s Juneteenth event.

President Biden signed a declaration Thursday authorizing Juneteenth as a federal holiday this year and into the future.

“I am so excited,” said apostle Delesa Patterson, who delivered the opening prayer for Saturday’s event. “To be an apostle means you are a forerunner and a trailblazer. I am really most excited to be in a city that is trail blazing this national holiday.”

Said Eddie Brown,  “Thank you Thomasville for recognizing this day,“

It was on June 19, 1865, when Union Maj. Gen. Gordon Granger read special order No. 3 in Galveston, Texas, declaring those who had been slaves there now free. The Emancipation Proclamation, announced January 1, 1863, granted freedom to slaves held in Confederate states.

The major end of hostilities came when Confederate Gen. Robert E. Lee surrendered his Army of Northern Virginia to Gen. Ulysses Grant’s Army of the Potomac in April 1865, though some fighting remained elsewhere across the South.

It wasn’t until June of that year that Union forces reached Texas, and Gen. Granger read the order. Starting with June 19, 1866, that day has been celebrated as the end of slavery for all.

Brown said he hopes the celebration and now holiday serve as a teaching moment.

“It’s time we are recognized for all the things that have been going on that a lot of people are not aware of,” he said. “This is bringing the spotlight on things that happened. This is a learning experience for all of us. I hope it continues.”

Abrams added that the creation of the federal holiday may carry an “expectation for things to improve more, especially on the economic, political, social fronts.”

Attendees also were gladdened to see a diverse turnout for the celebration.

“As a pastor in this community, I’m so glad to see all the citizens of the community come together,” Patterson said, “Black, white and every other color come together and celebrate what we have in common. It’s so awesome and I am so pleased to have been a part of it.”