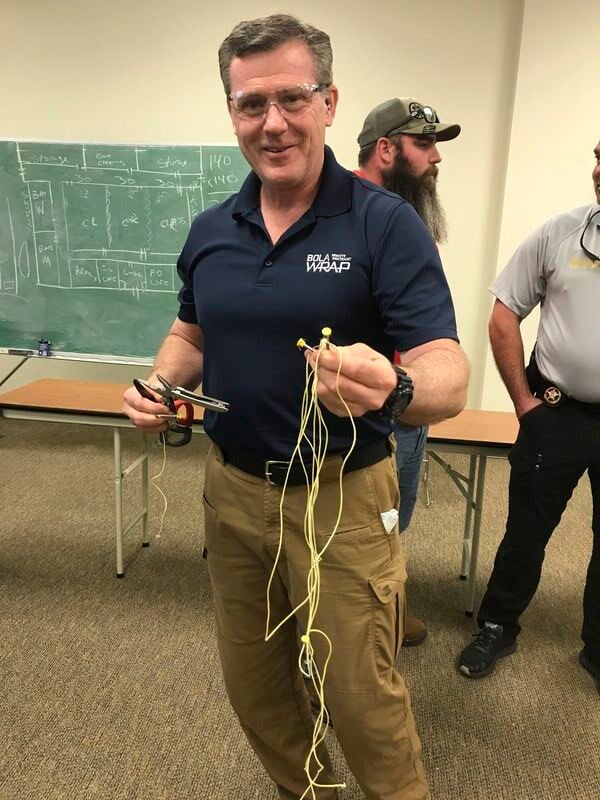 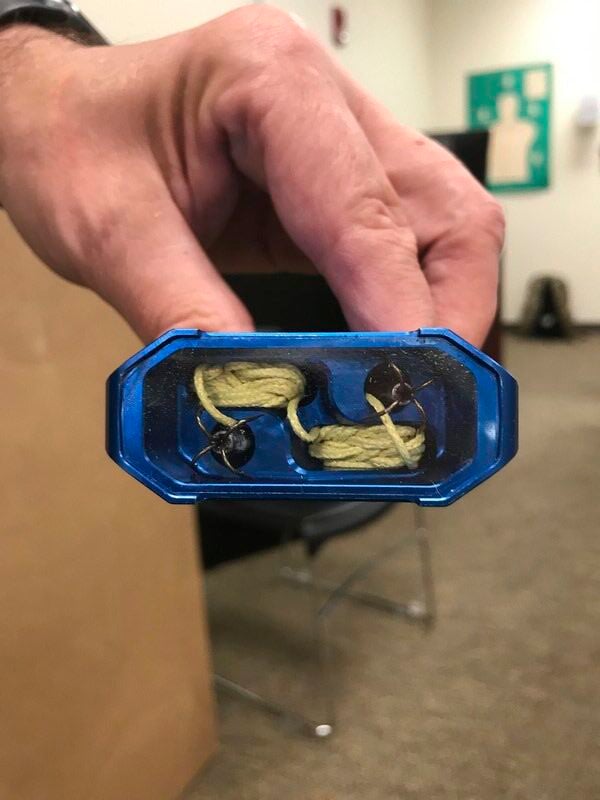 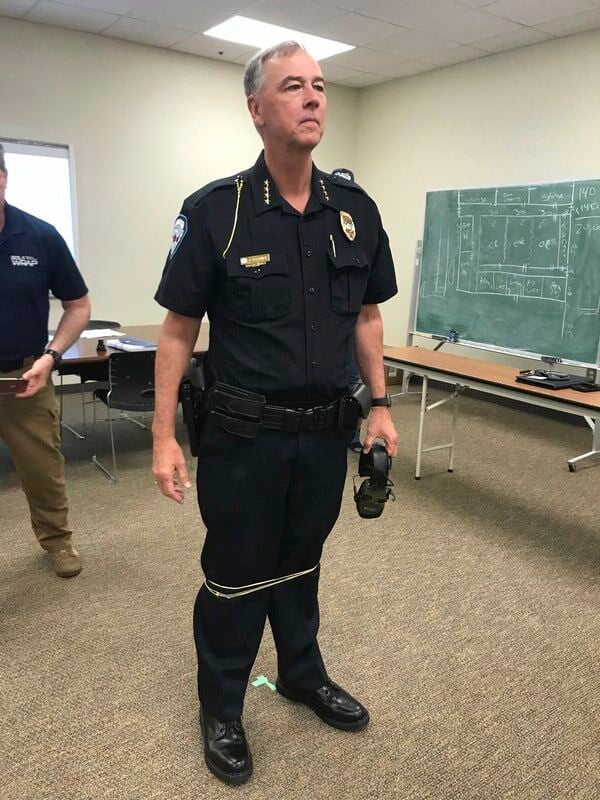 THOMASVILLE — Police Chief John Letteney and police Sgt. Jabar Dunbar were unable to walk with cords — to which hooks were attached — wrapped around their legs.

A loud bang sounding like a gunshot, followed by the odor of gun powder, preceded the remote restraint discharged at the officers. Gun powder provided power to propel the binding cord from a remote control device.

The equipment is BolaWrap. The restraint method was demonstrated Thursday morning at the Jail-Justice Center.

Letteney implemented BolaWrap in the North Carolina law enforcement agency from which he came to Thomasville in January. The method helps keep a community and officers safe, the chief said.

BolaWrap is used when talking to a person is no longer possible, and officers do not want to use other methods, such as gas.

For instance, if a parent calls law enforcement about an unruly child, pain is not desired, but help is needed to calm the situation.

A cord with fish hook-like metal attached is discharged. A video showed BolaWrap pinning a man's arms to his sides.

"If somebody's running, it's really not the best tool," said De Lucca, who is retired from the Miami Beach Police Department.

If someone is not wearing clothes, BolaWrap hooks enter the skin.

While pulling the small hooks from their trouser legs, Letteney and Dunbar said initially they felt sensations from the needles through their clothing.

"We have yet to have anybody successfully break this," Caprioli said in reference to the cord ejected by BolaWrap.

Said De Lucca, "It wraps around you about two and a half times."

Letteney said Bolawrap will be considered for Thomasville Police Department.

Mr. Horace Raper, 93 of Thomasville, formerly of Adel, passed away Wednesday, May 5, 2021 at his residence. Mr. Raper was born May 5, 1928 in Sparks, Georgia. He retired after 22 years as master sergeant with the United States Air Force after which he moved to Adel where he went to work with…

Edwin Watson Richardson, Jr. passed away May 7, 2021 at his residence in Thomas County. Born May 4, 1930 in Tampa, Fl., he was the son of the late Daisy Bullard Richardson and Edwin W. Richardson, Sr. He moved to Tallahassee, Florida in 1940 when his father and Frank Shaw, Sr. became partner…