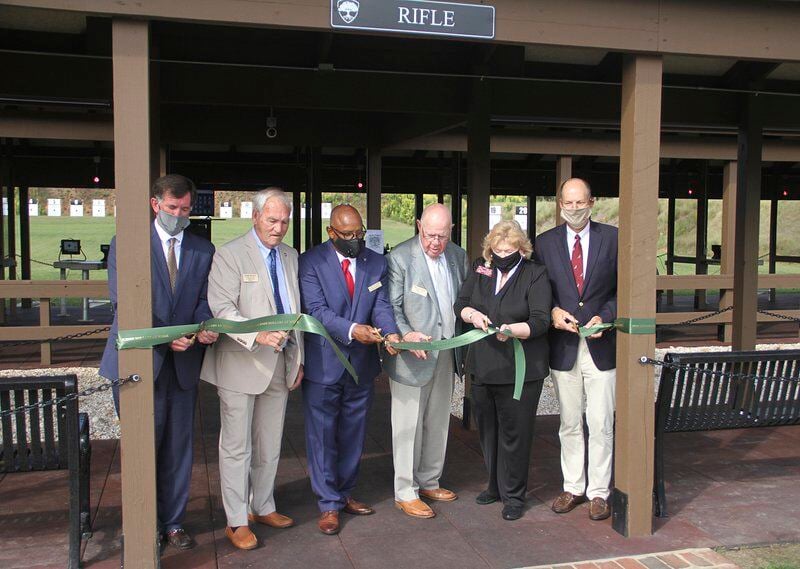 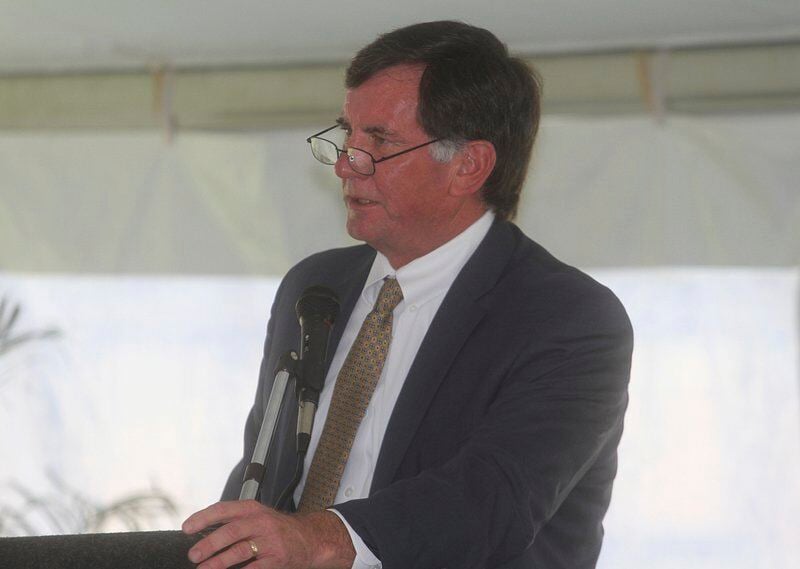 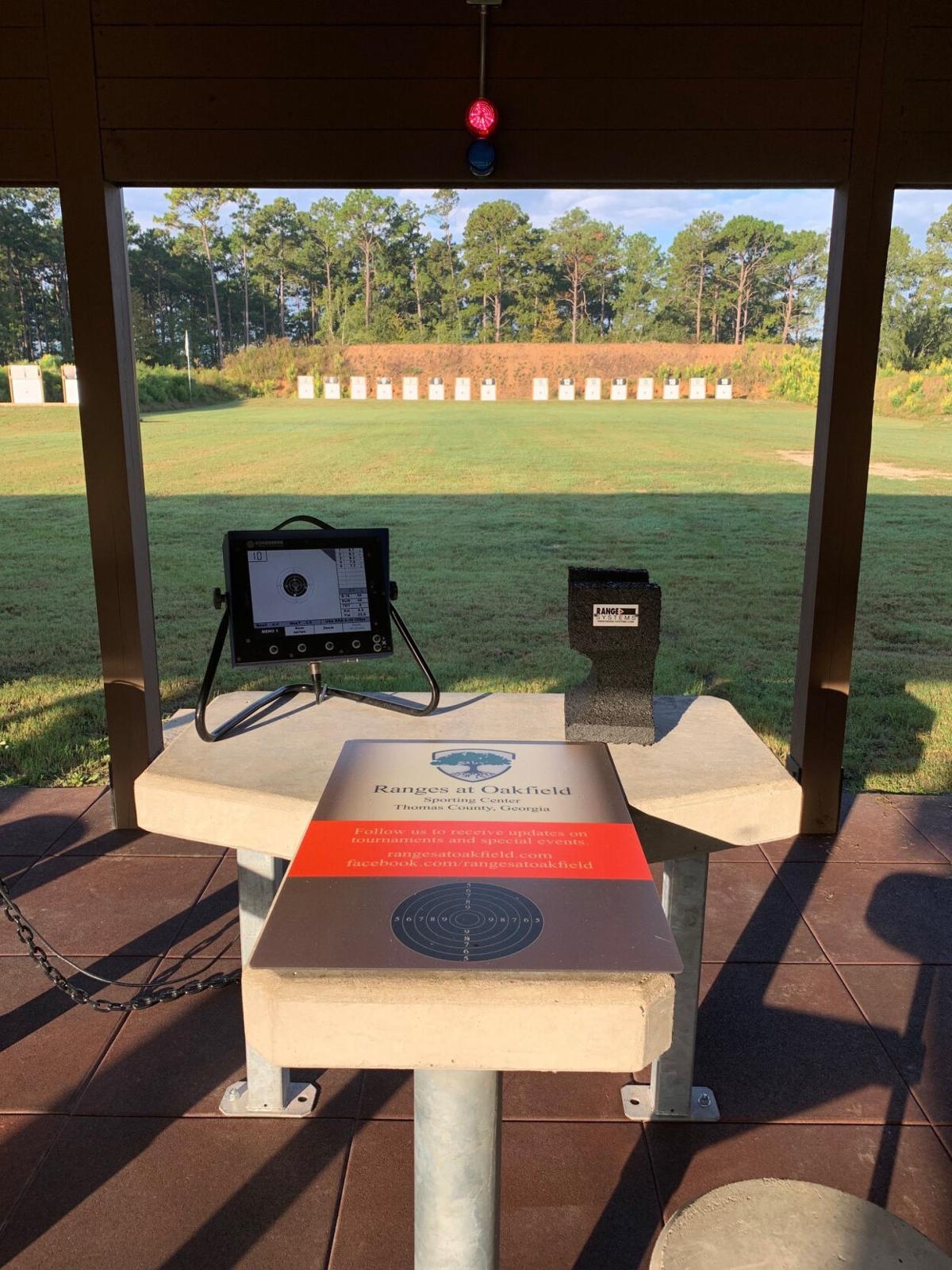 A look at a rifle range lane at the Ranges of Oakfield. 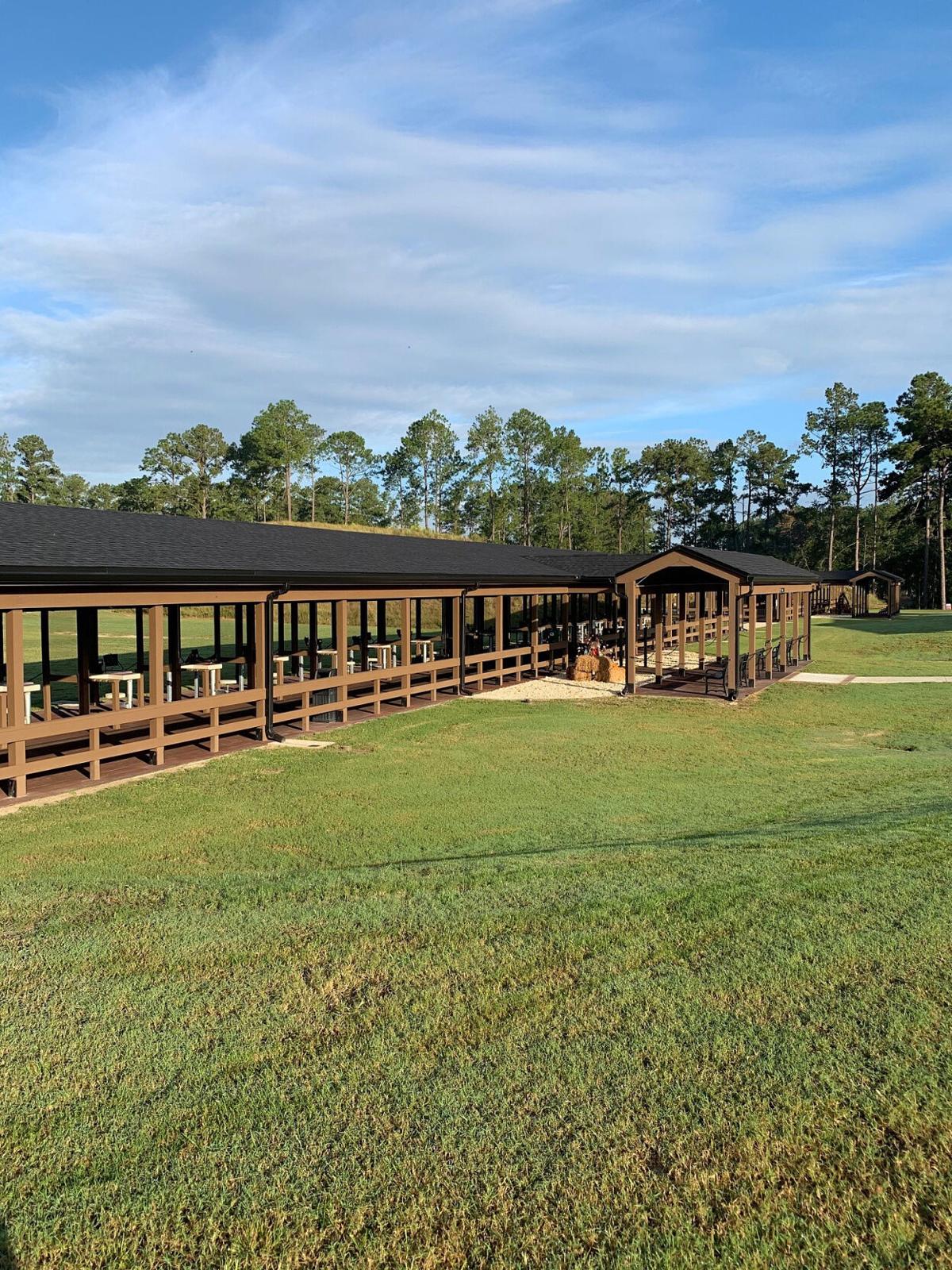 A look at the rile and pistol ranges at the Ranges at Oakfield.

A look at a rifle range lane at the Ranges of Oakfield.

A look at the rile and pistol ranges at the Ranges at Oakfield.

THOMASVILLE — State and local officials said they more than hit their target Thursday morning at the opening of the Ranges at Oakfield.

The state’s newest shooting range held a grand opening, though shooting enthusiasts already have been busy at the facility off County Farm Road, and officials were delighted at how the project turned out.

“How about this place?” declared state Department of Natural Resources Commissioner Mark Williams. "I just couldn’t believe it when I drove in here and saw how phenomenal it was.”

The Ranges at Oakfield provides a 100-yard rifle range, a 25-yard pistol range, two trap and skeet ranges, a five-stand shotgun range and in the future a static archery course, 3D archery targets and even movies.

While the ranges have been in use — Thomas County Commissioner Wiley Grady pointed out fellow Commissioner Donnie Baggett has been a frequent customer — the grand opening brought the facility into view for more than just the shooters.

“I am as excited as I can be,” state Rep. Darlene Taylor (R-Thomasville) said of the facility’s grand opening. “This is something that our community will benefit from, and it’s open to everybody.”

The Ranges at Oakfield grew from a conversation between Dr. Phillip Watt, a former state DNR board member, and Grady. Watt knew of grant money available to build a shooting range and thought Thomas County would be a good location.

“I frequently heard from local citizens that they did not have places to shoot in our county, much less provide shooting education and hunter safety to their children,” Dr. Watt said. “As a rural county, many are fortunate to have some access, but many more do not, and the key to shooting participation is having a place to shoot.”

Grady said they first thought about going to Camp Piney Woods and then explored a state site toward Cairo before it was suggested the county take a look at property it already owned.

From there, the county asked DNR to apply for a federal Wildlife Restoration Program grant. As DNR grew in confidence about the county’s plan and the county’s ability to put the vision into reality, the original grant of $800,000 grew to $1.6 million. The county added $500,000, mostly through in-kind services.

“Getting to this day has been a bit of a journey, and there a so many people who helped make it happen,” Dr. Watt said. “We are truly grateful for the support of everyone who has been involved.”

Said Grady, “It’s been a great journey, and I can’t say enough to express my gratitude to DNR and the cooperation they gave us in the project. It's been a pleasure and a joy to work with them.”

“He sold it to us,” Williams added.

When the county settled on the site off County Farm Road, what was adjacent seemed to be a great fit.

“It proved to be a great site for shooting because there were already three ranges in very close proximity — the sheriff’s range, the 4-H skeet and trap range, and the Thomasville Police range, thus shooting noise would not be a completely new issue,” Dr. Watt said.

But making the Ranges at Oakfield open and available to the public was crucial, Dr. Watt added.

“Across Georgia, shooters expressed a need for more shooting sports facilities and a need for shooting education programs,” he said. “Georgia DNR has funded a variety of ranges, and in recent years, they have been working with local entities to manage and operate them. The only over-arching requirement is that they must be open to the public.”

Shooting sports have a significant economic impact, Dr. Watt and Williams pointed out.

Dr. Watt noted those numbers are greater than those when the shooting range was first proposed five years ago.

“Hunting, fishing, and target shooting of various sorts are vitally important to our nation, state, county, and surrounding area,” Dr. Watt said. "The impact is not only recreational — it is also economic. Hunting and shooting sports generate many billions of dollars in the nation’s economy and support many hundreds of thousands of jobs.”

"I think we have pushed our range to the next level. How? Because our rifle range initially had plans for simple paper targets, but after some research we discovered a digital targeting system called Kongsberg,” said county commission Chairman Phillip Brown. “During our soft opening of this facility, we found our customers to be extremely happy with this system, from not only the safety aspect of not having to go down range, but also the convenience of firing multiple times without checking paper. Additionally, the accuracy of the targets is well above our expectations and our customer’s dreams. We feel this has given us an advantage over other ranges in our area.”

Part of the facility’s mission is also to teach gun safety and responsible gun ownership to its users. It also will allow young shooters a place to learn about shooting sports, for local shooting teams to practice and to do so safely.

“I’m proud of our involvement in this project to provide Thomas County with a complex that rivals the very best in our state, and even outside our state,” Williams said.