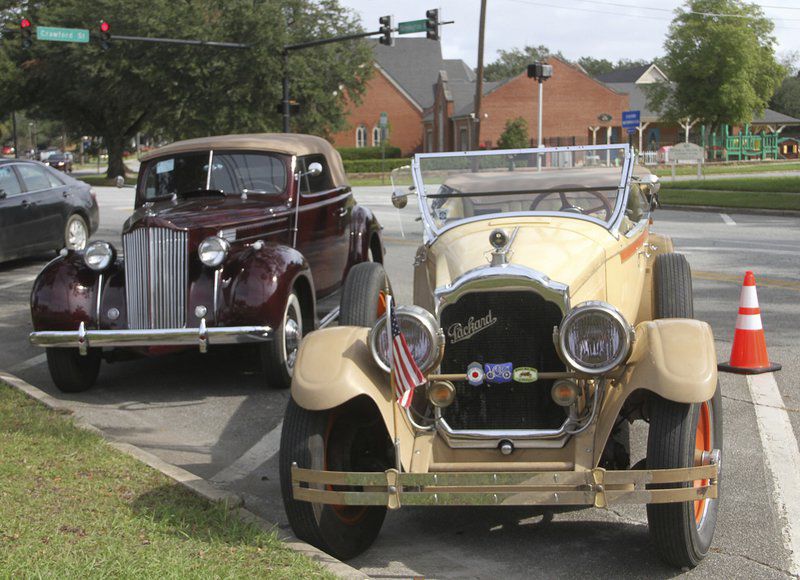 Pat Donahue/Times-EnterprisePackard enthusiasts came from as far as New York and Michigan to visit Thomasville this week. 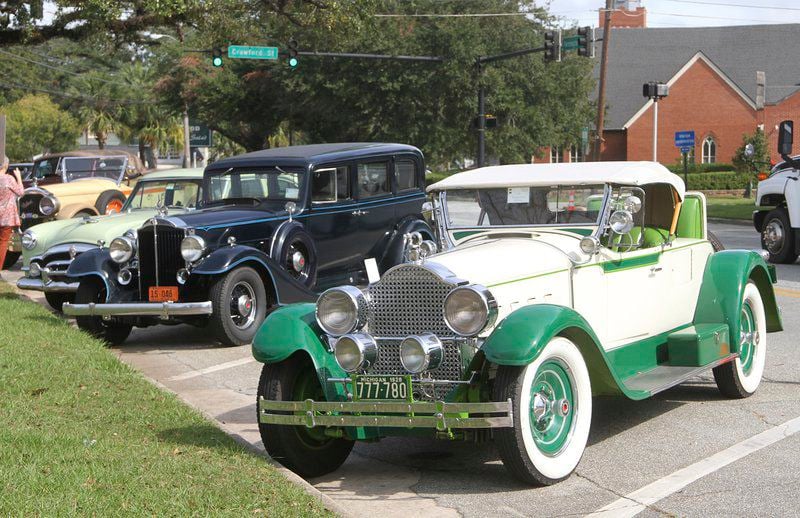 Pat Donahue/Times-EnterpriseThomasville hosted a fleet of Packards and also Model As this week.

Pat Donahue/Times-EnterprisePackard enthusiasts came from as far as New York and Michigan to visit Thomasville this week.

Pat Donahue/Times-EnterpriseThomasville hosted a fleet of Packards and also Model As this week.

THOMASVILLE — The old cars are roaring into Thomasville.

The city is hosting two groups of car enthusiasts, first a group of Packard owners, followed by a group of Ford Model A collectors.

The Florida Packard Club brought nearly two dozen of the old cars to Thomasville, and the group split off into two junkets. While one group visited downtown, the other went traveled to Pebble Hill Plantation, before the two groups met up again and switched destinations.

The club’s drivers and passengers are bringing more than just their cars and desires to sight-see, according to Bonnie Hayes, Thomasville director of tourism.

“They are spending their money throughout our community,” she said. “They are in and out of the stores. They have heard about the good food here. The money reaches everybody.”

The Packard drivers fell in love so much with Thomasville that they are planning to take part in the car show during the annual Rose Show and Festival, Hayes said.

The forecast of rainy weather kept about 10 cars and drivers home, but the ones who came seem to have taken to the Rose City.

“They are so charmed with Thomasville,” Hayes said.

Visitors like the Packard Club and the Model A club are some of the city’s best ambassadors for future visitors and tourists, Hayes said. Several of them even have picked up relocation packages.

“They want a hometown. They want that sense of nostalgia and history,” she said.

Graveside services for Floyd E. Andress son of the late Floyd and Clara Andress who passed away May 23, 2020 will be held Friday, May 29. 2020 11:00am at Peacefulrest cemetery. He enlisted in the Air Force 1964 worked as a fireman. was a Staff Sergeant and received various medals and ribbons…