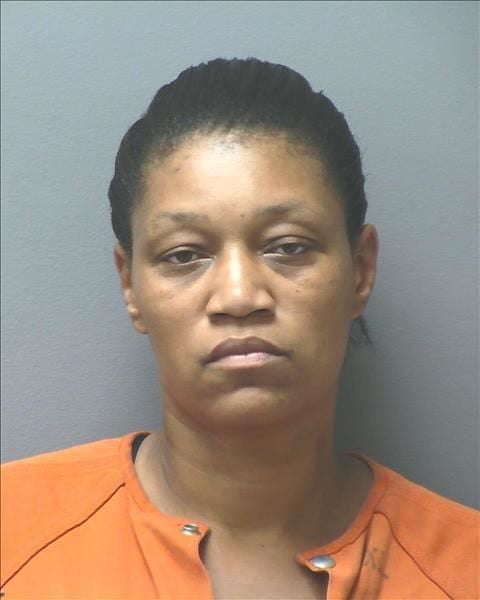 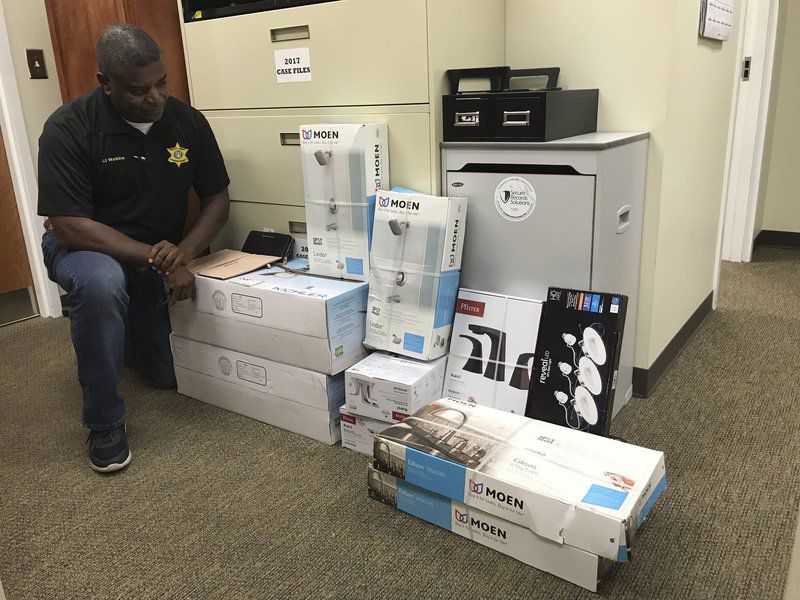 Patti Dozier/Times-EnterpriseMerchandise found in suspects' vehicle is shown by Lt. Tim Watkins at the sheriff's office.

Patti Dozier/Times-EnterpriseMerchandise found in suspects' vehicle is shown by Lt. Tim Watkins at the sheriff's office.

THOMASVILLE — A large amount of merchandise reportedly shoplifted at a Thomasville business was discovered on the backseat of a vehicle involved in a two-vehicle crash Tuesday.

The female driver of the small red Chevrolet is in the Thomas County Jail. The female passenger fled on foot and remains at large.

The merchandise consisted of ceiling fans and kitchen and baron faucets in large boxes. Three small Michael Kors purses also were found in the car.

Watkins said the purses, found in the car's trunk, are believed to have from a Marshall's in Orange Park, Florida.

Nicole Sharonette Isom, 42, Gainesville, Florida, the driver, is on parole in Tennessee and wanted in Montgomery County, Alabama.

Watkins said a Lowe's employee told investigators the women tried to distract personnel while they were shopping. He said it is not known if one of the suspects distracted employees while the other left the store with the stolen merchandise.

Lowe's surveillance video will be looked at to determine what the women did in the store and how they got away with the merchandise.

Watkins said the women probably set up booths at flea markets and sell stolen goods. He thinks the women's theft territory is large and  operates in more than two states.

Isom is charged with felony theft by taking and shoplifting, felony attempting to elude, aggravated battery and failure to obey traffic device.

The car ran a stop sign at Williamsburg Avenue and East Pinetree Boulevard in sight of a sheriff's office deputy, who attempted a traffic stop. The officer did not pursue the vehicle when it began to weave in and out of traffic.