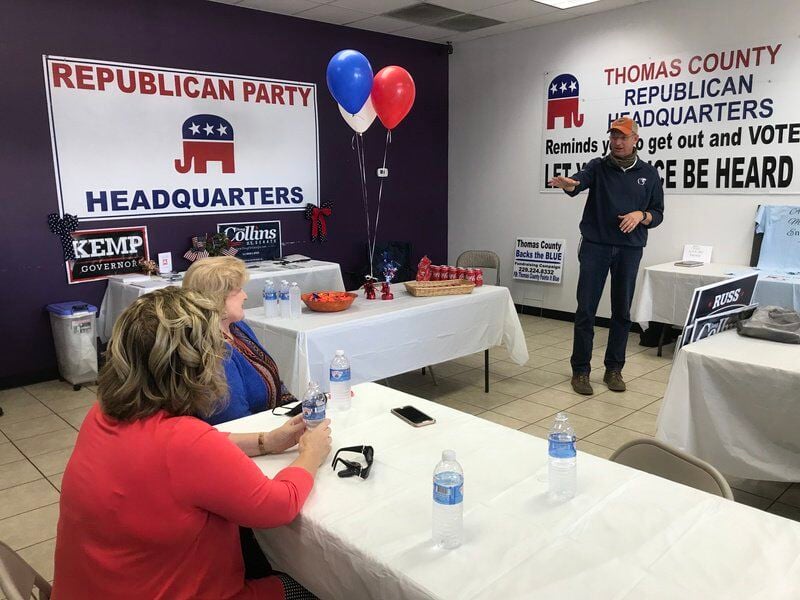 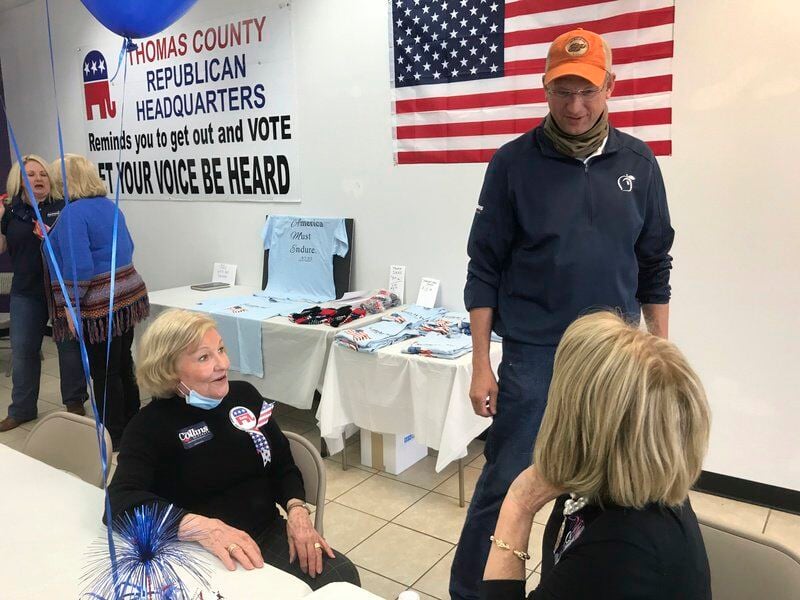 THOMASVILLE — The Republican U.S. congressman who campaigned Saturday in Thomasville in a quest to unseat a Georgia U.S. senator said he will continue to campaign through election day Tuesday.

"I think the governor got bad advice," Collins said, in reference to Kemp's Loeffler appointment.

Loeffler, Collins said, is not at all conservative.

Collins pointed out millions Loeffler has spent on campaign advertising.

"Really, it's a $50 million political makeover," he said, adding that an "authenticity gap" marks the Senate race.

Accompanied by his wife and children, the Gainesville Republican addressed an enthusiastic standing-room-only crowd at Thomas County Republican Party headquarters.

Collins believes in pro-life — a belief he and his wife, Lisa, faced head-on 24 years ago.

Prior to her birth, tests showed their daughter, Jordan, had spina bifida. The couple chose not to end the pregnancy.

Today, Jordan, who is confined to a wheelchair and paralyzed from the waist down, actively campaigns with her father, mother and brothers. On Saturday, she maneuvered her wheelchair from person to person at the Thomasville campaign stop, extending her hand to her father's supporters.

In 2006, he was elected to the Georgia House. During his first term in the Georgia Legislature, Collins graduated from John Marshall Law School and established a law practice.

He has served in the U.S. House of Representatives for nine years.

A lieutenant colonel in the U.S. Air Force Reserve, the candidate is a chaplain at Robins Air Force Base. He served a combat tour in Iraq in 2008.

Collins said he is a true conservative with a record that backs up the claim.

"Republicans are coming out to keep Trump in office," he said.