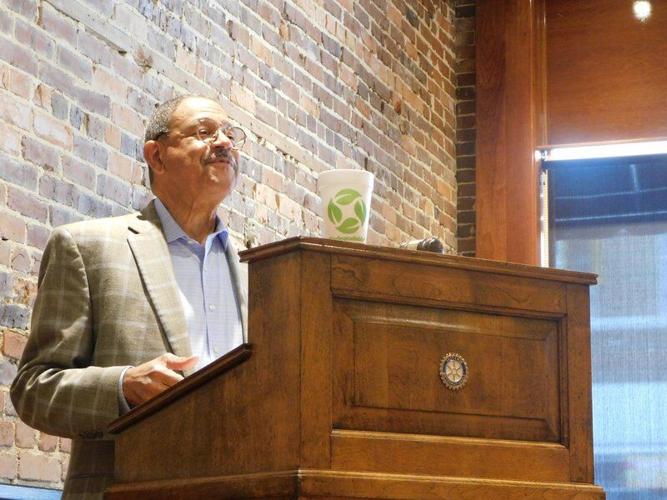 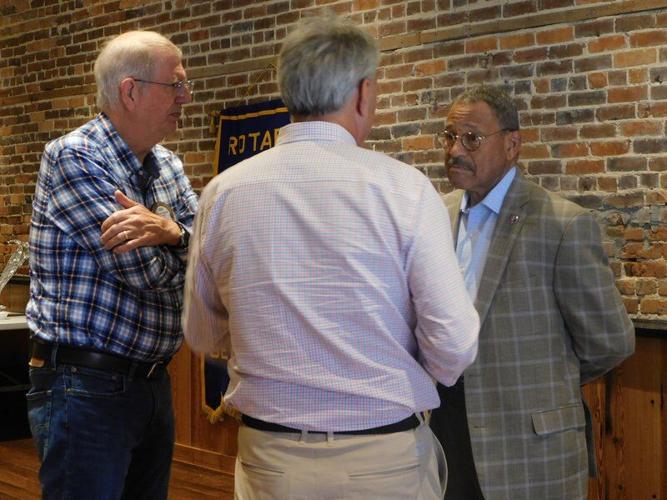 Congressman Sanford D. Bishop Jr. speaks with Ron Spooner and Chuck Thomas after finishing his update at The Foundry.

Congressman Sanford D. Bishop Jr. speaks with Ron Spooner and Chuck Thomas after finishing his update at The Foundry.

Bishop spoke on a number of issues current plaguing rural communities, such as COVID-19 and rising gas prices. Alongside speaking of relief bills put into motion, Bishop spoke of the suspension of the Georgia state gas tax by Governor Brian Kemp, which amounts to 29.1 cents per gallon.

He said that he and his colleagues in Congress were interested in a similar push toward the federal gas tax.

“I’ve introduced legislation with my colleagues to also suspend the federal gas tax, which is about 18.6 cents a gallon,” Bishop said.

He also mentioned President Joe Biden’s tapping of the Strategic Petroleum Reserve, which Bishop (D-Albany) believes will have a positive impact on the price of gas for the general public.

Additionally, he mentioned the recent passing of the America COMPETES Act of 2022 by the U.S. House of Representatives which, according to Bishop, will invest $97 million into fixing the order and supply chain of the U.S., improving the manufacturing of important components that are currently imported from overseas.

“We will build more critical components like semiconductors right here in America, instead of having to order them from Taiwan, China,” he said, “That legislation will strengthen our manufacturing.”

Alongside this, he spoke of other bills, such as the American Rescue Plan of 2021 and the Infrastructure Investment and Jobs Act, otherwise known as the Bipartisan Infrastructure Law, which will fund projects to improve infrastructure, from roads to broadband internet, through 2026.

Bishop has represented Georgia's Second District in the U.S. House of Representatives since 1993. Coming to Cairo, he said that he is listening to the response from the community.

During the meeting, Bishop said that one of his passions as the chairman of the agriculture, rural development, food and drug administration, and related agencies appropriations subcommittee “is to make sure, that while I’m the chairman, I will do everything that I can do so that it won’t matter the zip code of any youngster grows up here or families here or small businesses here. That they will have the same opportunities...the same potential as anywhere else in the country.”

At the end of the meeting he addressed concerns from those in attendance, from border security to the sustainability of gas prices.