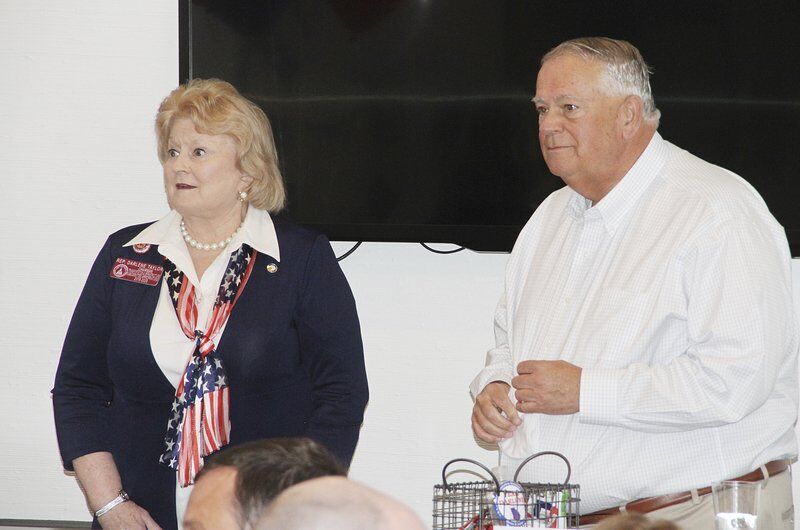 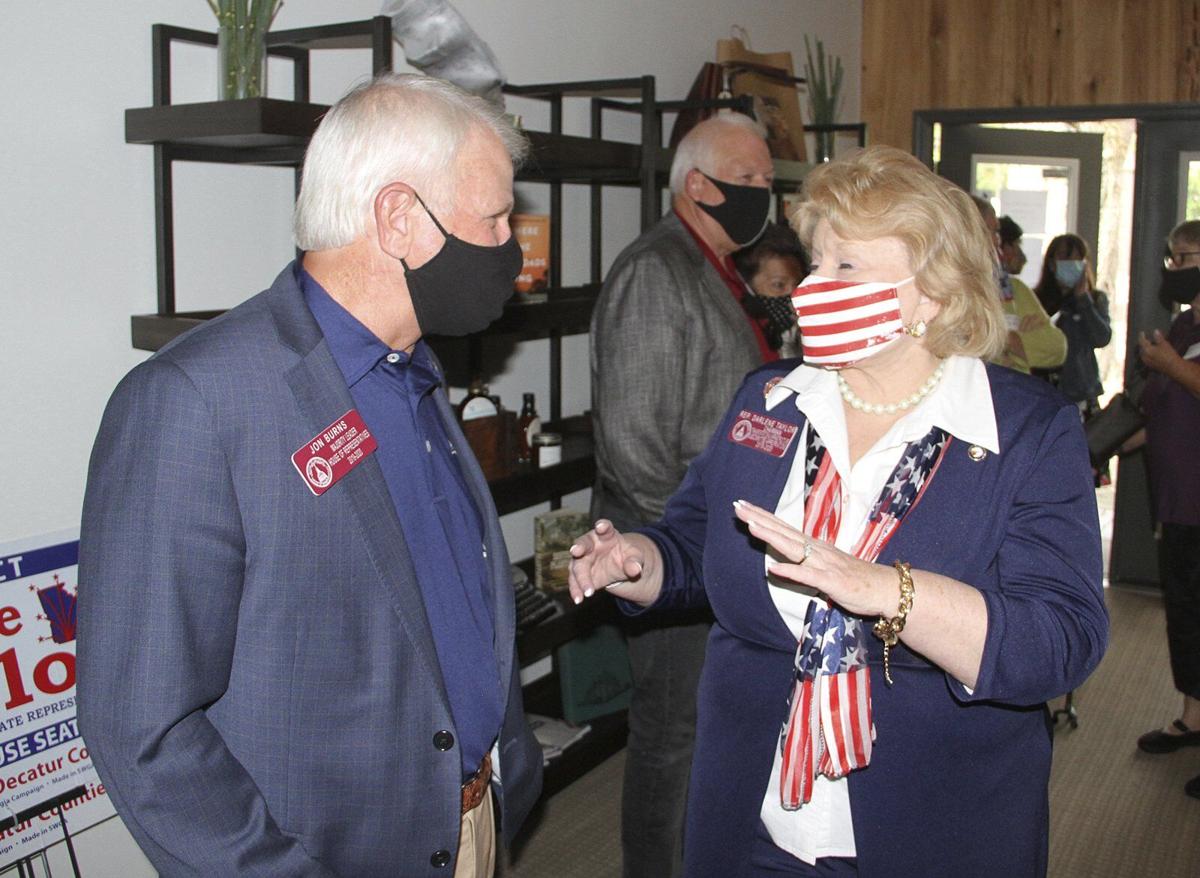 THOMASVILLE — Two of the state’s top lawmakers visited Thomasville on Wednesday in support of one of their colleagues.

“It takes a while to earn a good reputation,” Ralston said. “You can destroy your reputation pretty quickly. You build it up by earning credibility with your colleagues, having them trust you and respect you and I can tell you there is no one who meets those criteria in the House more than Darlene.”

Taylor’s prestige in the House is such that the Speaker named her to the Transportation subcommittee of the House Appropriations Committee.

“It’s really, really important you send her back to the Capitol,” Ralston said. “We need good people in government, and you have one. “

Burns, about to enter his ninth term in the House, has been the majority leader for five years.

“We need to make sure we keep Darlene in the House,” he said. “We need Darlene back.”

Rep. Trey Kelley, the Cedartown Republican who is the House Majority whip, said one of the first things Rep. Taylor asks about a proposed piece of legislation is how will it affect her district.

"She has great energy,” Ralston said. “She works hard. I truly don’t know anybody who works harder than Darlene. She is very passionate about her district. To the people in this community, in this district, they couldn’t find anybody who would do as a good job as Darlene.

Taylor, who faces former Cairo mayor Booker Gainor in the November general election, has been part of the effort to enact transportation funding reform and criminal justice reform and foster growth in rural Georgia, Ralston said.

“I think it says a lot about a member of the House when you have people in leadership to take off and go show support,” he said. "That gives you a little bit of an idea of how much we value Darlene, how much we respect her and how much we love her as a member.”

Burns noted that Taylor’s experience and knowledge of the House has become even more valuable for south Georgia and rural Georgia after the passing of two of its champions, Rep. Jay Powell of Camilla and Sen. Jack Hill of Reidsville.

“I can’t tell you how important that is to us,” he said. “We want to make sure the rest of the state, especially the metro area, is fair to us. It’s even more important we bring good people like Darlene back, and bring back good common sense leadership.”

Ralston also said Taylor’s campaign is crucial to the Republican keeping control of the House. The GOP lost 11 seats in the House after the 2018 election and its majority could evaporate after the November elections. Ralston warned that the Democratic party now is not like the party of Zell Miller and Joe Frank Harris, both former Georgia governors.

"Now they are in league with the most radical, socialist elements of the Democratic Party,” he said.

The state House had passed a budget before the COVID-19 pandemic shut down the General Assembly. Upon return, lawmakers faced putting in place budget cuts of nearly 15%, Ralston said. Those cuts wound up being closer to 11%, which Ralston acknowledged is a significant reduction.

“We were able to do it without furloughs,” he said. “We did it by tightening our belts, finding efficiencies everywhere we could, including our pay.”

A bill to reduce lawmakers’ pay by 11% got support from every House Republican but only two Democrats, Ralston said. A bill to provide more protection for local law enforcement drew nearly every Republican but no Democrats.

“They refused to stand for law enforcement,” he said. “That’s not Washington, friends. That’s Atlanta, the state capital.”

Money to unseat GOP members of the General Assembly, including Ralston himself, and from Georgia’s Congressional delegation has flowed into the state, the House speaker told Rep. Taylor’s supporters.