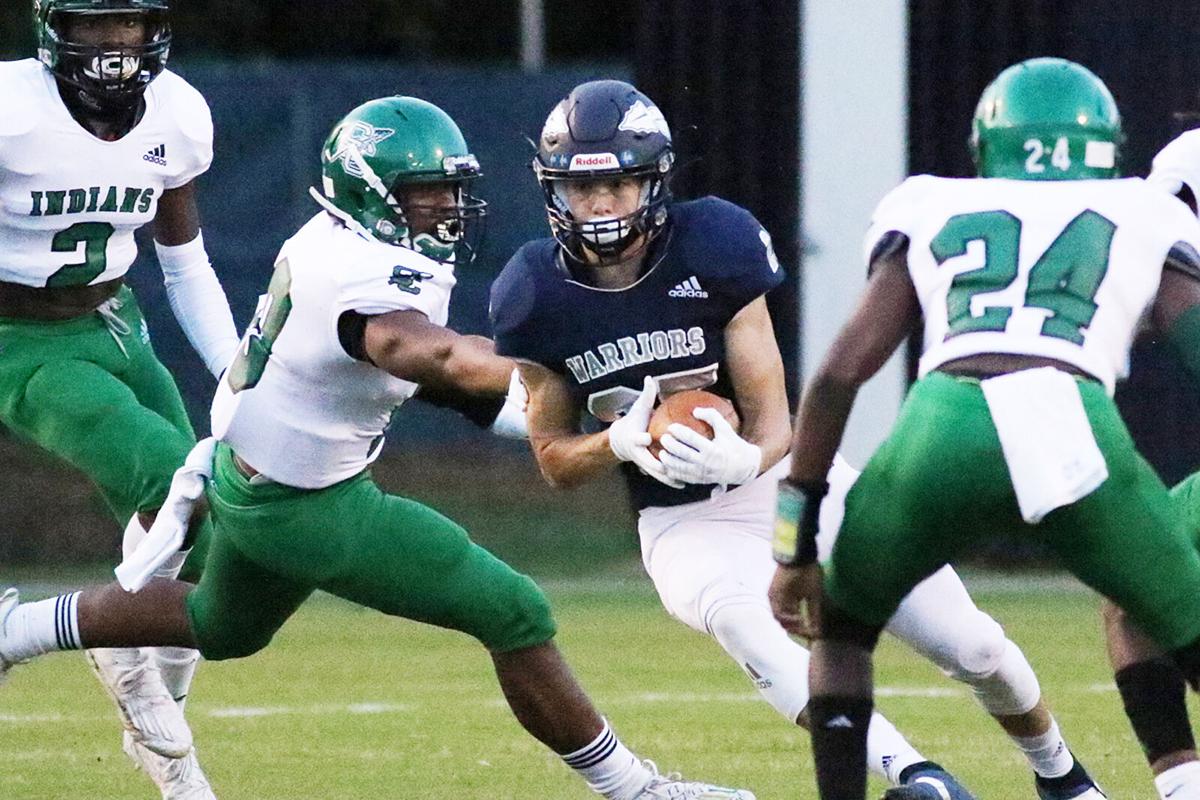 Brookwood's Nathan Yokley (25) tries to get away from a herd of Seminole County tacklers Friday night at Warrior Stadium. 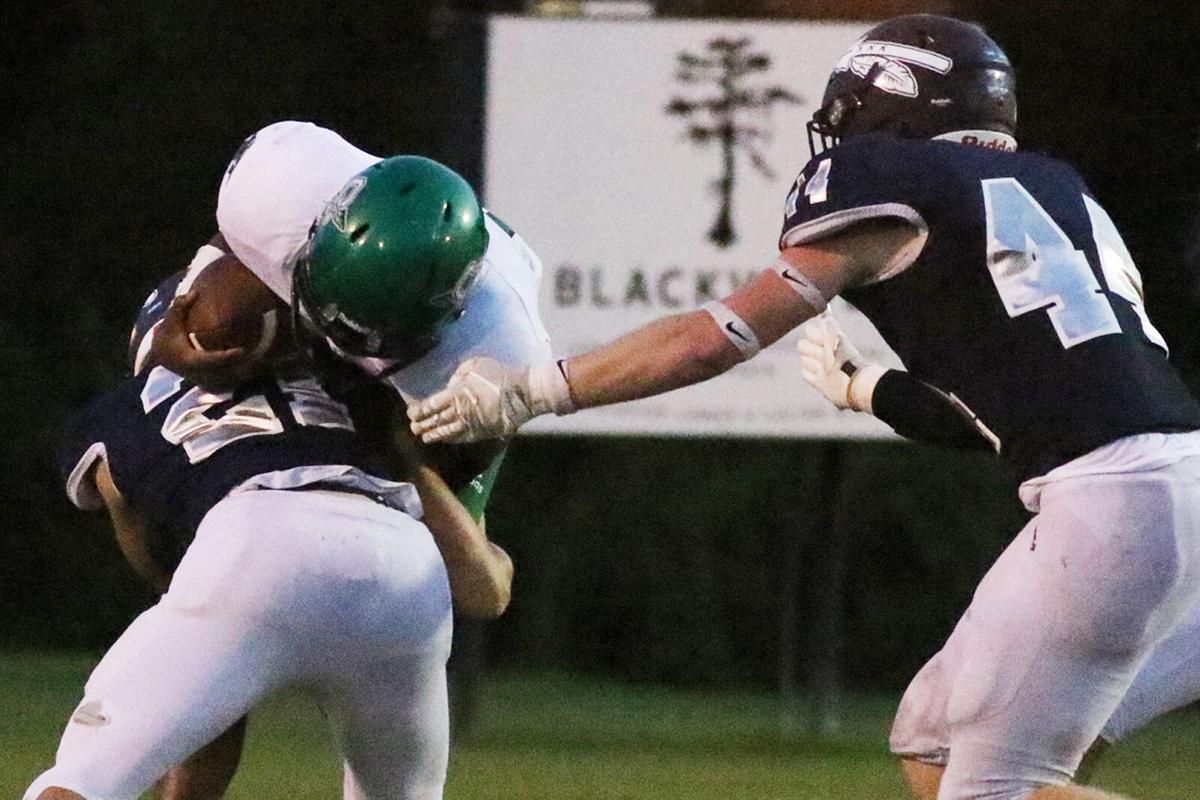 Brookwood's Nathan Yokley (25) tries to get away from a herd of Seminole County tacklers Friday night at Warrior Stadium.

THOMASVILLE — The ball seemed to float in the air forever.

With Jacob Lauderdale having broken free in the right corner of the end zone, the senior waited patiently for the ball to finally come down and land in his hands.

Lauderdale hauled in the 1-yard touchdown pass from quarterback Dallas Forsyth on fourth-and-goal, giving Brookwood the lead for good.

The Warriors went on to top Seminole County 42-13 Friday night at Warrior Stadium.

"I was standing there all by myself and he just floated it up there," Lauderdale said of his second quarter touchdown. "It was a great pass and great execution."

The lopsided score was closer than it appeared. The Warriors, however, took control late and turned a close game into a rout.

Brookwood added a late score when Forsyth tossed a 54-yard yard touchdown strike to Nathan Yokley to clinch the victory with 5:27 left in the game.

Collin Clark then returned a fumble 30 yards for a score on the ensuing kickoff to extend the lead.

Then with backup quarterback Rodge Waldrop looking to run out the final two minutes, he tossed a 32-yard touchdown pass to TJ Thomas in the corner of the end zone with 1:57 left.

It was a feel-good night for the Warriors.

"It starts up front with our defense," said Brookwood coach Shane Boggs. "We've played so good on defense in all three of our games, and our guys pounded them and kind of wore them down. Starting with Ethan Myers and all of those linebackers, Collin Clark, Ty Joyner, (Josh) McCaskill, (Jack) Saussy made plays.

It was the first time Brookwood played a school from the Georgia High School Association.

With the exception of broken coverage on a kickoff return that allowed Seminole County a 90-yard touchdown return and an 8-yard touchdown run from quarterback Boris Melton to start the third quarter, the Warriors didn't allow the speedy Indians to have much success.

Ethan Myers' near pick-six early in the first quarter set up the Warriors with a first-and-goal at the 4. But after failing to score on the first three downs, Forsyth tossed a 4-yard strike to Yokley for a 7-0 advantage at the 4:21 mark after Strong Beverly's extra point.

But Seminole cut the deficit to 7-6 on the ensuing possession, getting a long touchdown run from Nick Cull.

It stayed a one-point game until late in the second quarter.

With 4:08 left, Forsyth connected with Yokley on a 50-yard pass that set up the Warriors with a first-and-goal at the 10. After moving to the 1-yard line, Lauderdale hauled in the fourth down touchdown pass, then Beverly fired a 2-point conversion pass to Lauderdale to make it 15-6 with 1:32 left.

Brookwood wasn't finished as the Warriors defense got in on the action.

Lauderdale, who had a big night on both sides of the ball, scooped up the loose football and returned in 25 yards for a score to make it 21-6 at halftime.

He also intercepted a pass at the Warrior 11 and returned it 43 yards to the Seminole 46, thwarting a potential score late in the third quarter.