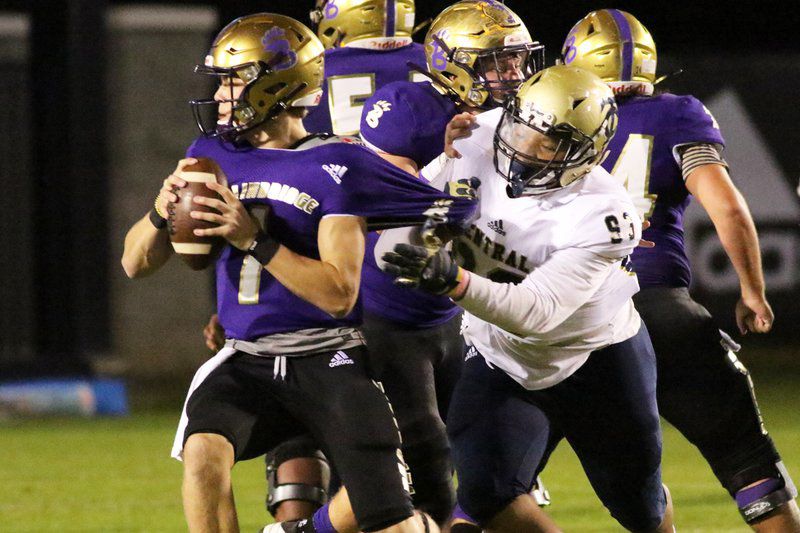 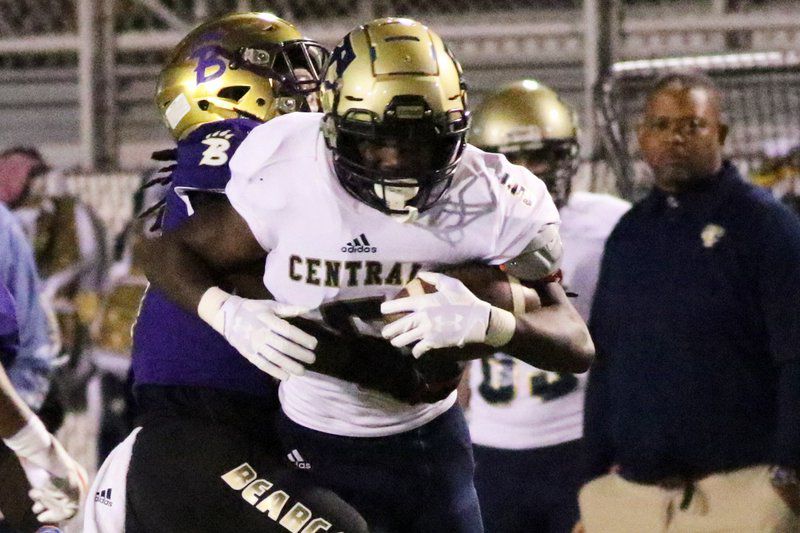 Some players folded their arms, some knelt in disgust, some chose not to even look at the field at all.

The margin for error to make the state playoffs for the Jackets was small, but there was a chance. And they needed to beat defending Class 5A state champion Bainbridge to do it.

The Bearcats scored on their first drive, then added two more scores to grab a commanding three-touchdown lead at halftime.

Bainbridge scored on its opening second-half possession after a defensive stand to sour Thomas County Central's season with a 42-7 victory Friday night at Centennial Field.

Bainbridge will finish as the region's No. 3 seed and travel to meet Griffin in the first round of the Georgia High School Association Class 5A state playoffs next week. Harris County will be the region's fourth seed.

Thomas County Central will miss the postseason for the second straight year. They finished with a 5-5 record.

"They're the defending state champs ... but their strength is in their secondary and they won the matchup tonight," Thomas County Central coach Ashley Henderson said. "Their speed gave us issues all night and they beat us up front. It was a tough night but at the end of the day, these seniors have nothing to hang their heads about.

"We understand the expectations are to make the state playoffs and that's why they are so disappointed. But I'm proud of each and every one of them for sticking it out. During (coaching) changes like that, you get new expectations and these kids bought in and I'm proud of them."

The Jackets did have a handful of positive plays in the game. The defense had a goal line stand on fourth-and-2 in the first quarter when Rashun Jackson and Kaelob Duffel tackled Bainbridge's Trey Bouie for a one-yard loss to thwart a scoring opportunity.

However, the Jackets fumbled on their ensuing possession and Bainbridge recovered inside the 10-yard line, setting up Michael Ryan's 4-yard touchdown pass from quarterback Quayde Hawkins and a 14-0 lead at the 1:10 mark of the first quarter.

Hawkins hit Braxton Johnson on a 30-yard touchdown pass with 2:37 left in the first half to send the Bearcats into halftime with a 21-0 lead.

But the Bearcats stopped Thomas County Central on fourth-and-1 from the Jacket 39 to start the second half, then Hawkins connected with Johnson again on a 6-yard touchdown pass and a commanding 28-0 advantage.

Thomas County Central did get a little positive momentum when Tykeem Wallace returned a kickoff 90 yards for TCC's only score of the game. The Jackets then recovered an onside kick attempt and drove to the Bearcats' 27 before Bainbridge stopped TCC on fourth-and-6.

Henderson talked about the positives.

"Jaylan Robinson made a bunch of plays tonight," Henderson said. "Adam Hopkins, we put him at corner and he's never played that position before and he made plays on a five-star athlete tonight back there.

"And Rashun Jackson, he's a football-playing machine. Kalique (Guyton) was running for his life for most of the night, but he battled. We've got a bunch of winners on this team. There are brighter days ahead."

Franklin Delano Wetherington, Sr., 87, of Quitman, GA, passed away on Thursday, February 13, 2020 at the Presbyterian Home in Quitman, GA. Graveside Services will be held at Parkhill Cemetery in Columbus, GA, on Saturday, February 22, 2020 at 1:00 pm. Mr. Wetherington was born in Cook County…

Services for Noel Rayburn Murchison, 81, of Quitman will be held on Sunday, February 16th, at 2:00 p.m. at Allen and Allen Funeral Home Chapel with Rev. Steve Shierling officiating. Entombment will follow at Laurel Hill Cemetery in Thomasville. Mr. Murchison passed away on February 13, 2020 …