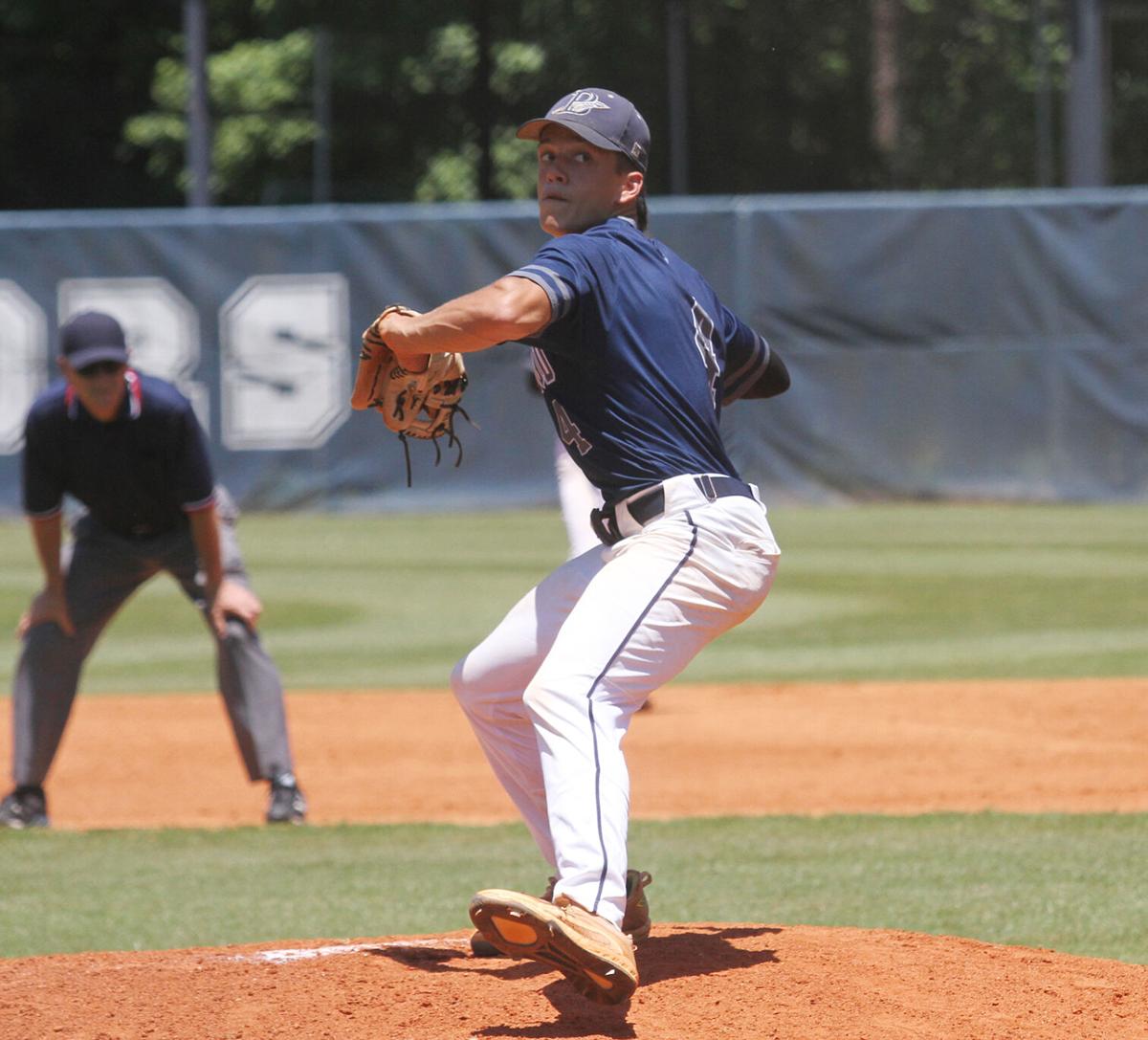 Harper McLendon allowed just one hit in a 77-pitch complete game effort in the Game 3 victory over Dominion Christian. 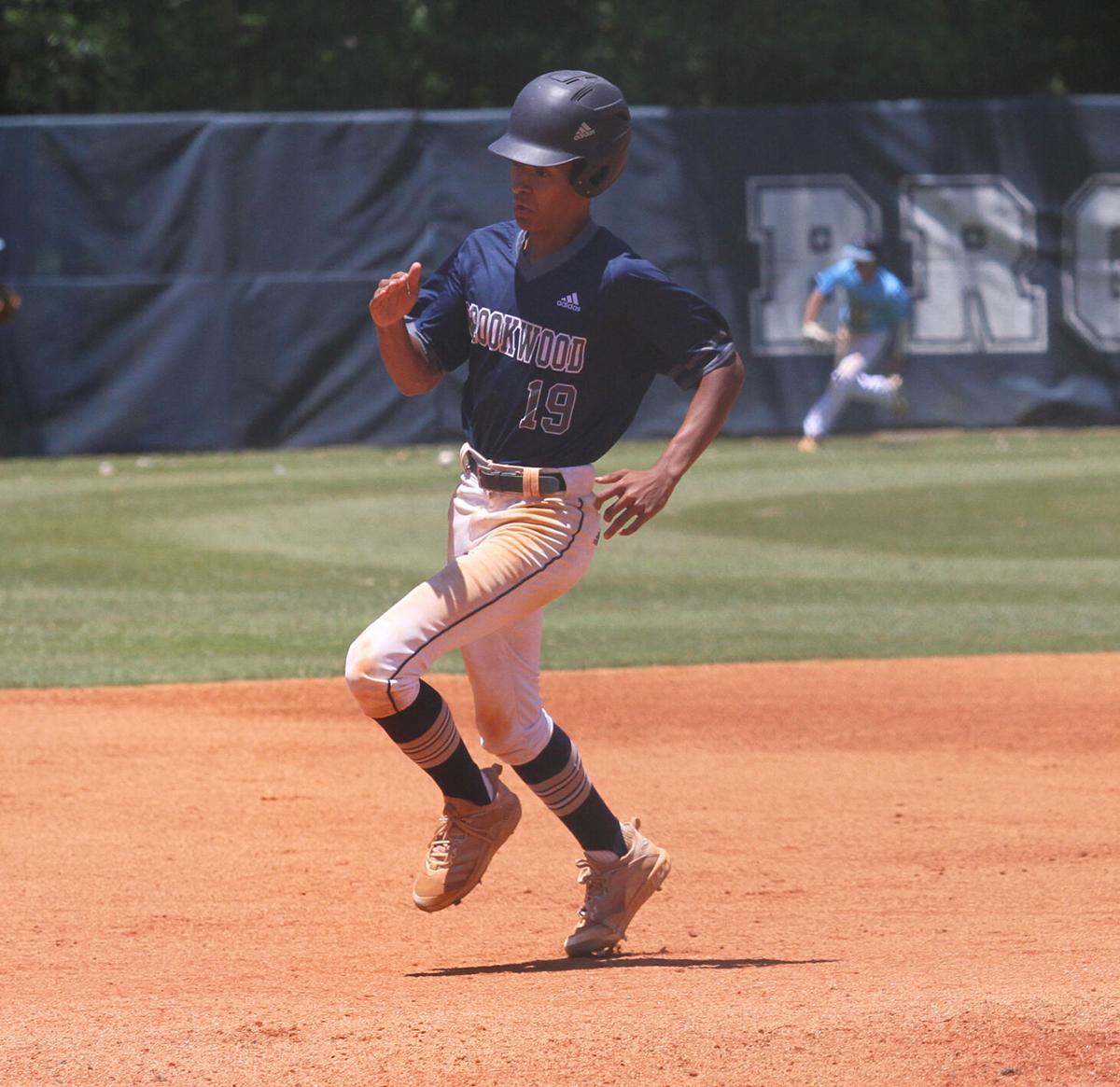 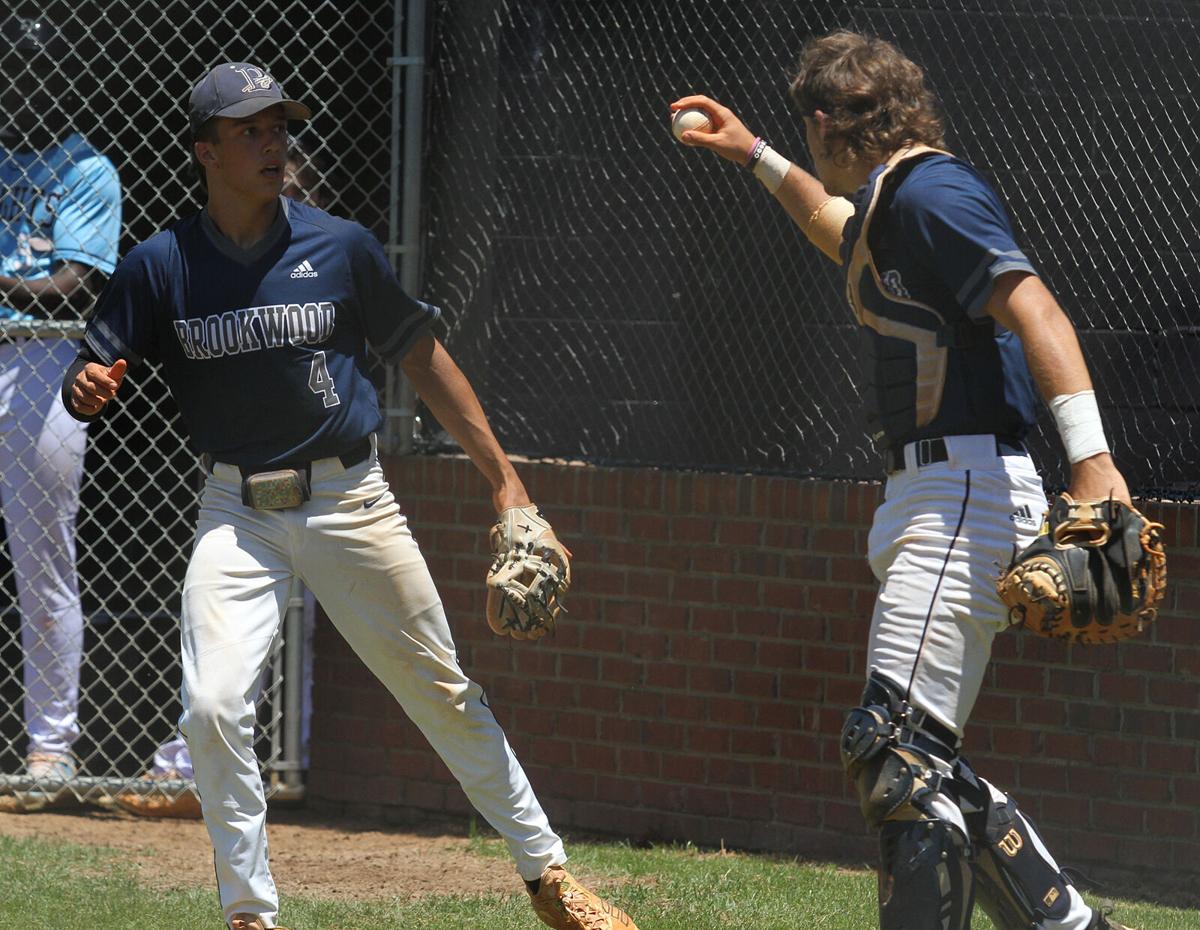 Catcher Zack Counts shows pitcher Harper McLendon the ball after he snared a foul pop up behind home plate.

Harper McLendon allowed just one hit in a 77-pitch complete game effort in the Game 3 victory over Dominion Christian.

Catcher Zack Counts shows pitcher Harper McLendon the ball after he snared a foul pop up behind home plate.

THOMASVILLE — The Brookwood Warriors have prided themselves on pitching, defense and timely hitting this baseball season.

They got plenty of all three in a decisive Game 3 Saturday afternoon against Dominion Christian.

Harper McLendon went the distance, allowing just one hit, and the Warriors made a handful of key defensive plays, and Brookwood advanced to the GISA Class AAA semifinals with a 4-0 win over the Knights.

“Pitching and defense has been our strength,” Funt said. “Harper pitched an awesome game today. Parker Mirick did a great job yesterday, Jacob Lauderdale did a good job and our defense was lights out. That’s been our strength all year. We have to pitch and play defense and give ourselves a chance, and that’s exactly what we did.

“I’m proud of the guys for coming back after losing the first one.”

The Warriors did not make an error Saturday but their defense went beyond not committing miscues. They turned a strikeout into a double play when Bryce Tibbitts came off second base on a steal attempt.

In the top of the fourth inning, catcher Zack Counts leaned into the netting to snare giant Frank Fox’s foul popup behind home plate, and right fielder Parker Lee raced into foul territory to catch Blake Perrill’s long fly ball near the fence.

McLendon, who finished off the Game 2 5-3 win that kept the Warriors alive after the Knights took Game 1 5-3, needed just 77 pitches Saturday afternoon. He struck out four and did not walk a batter, though he hit two Knights.

The lone hit he allowed was Avery Campbell’s two-out double in the first inning. He retired the last 14 batters he faced and did not allow another runner to reach second after the first inning.

“It was really just a team game,” McLendon said. “I did what my coaches said — throw strikes and let the defense play for each other.”

Collin Clark bounced a single through a drawn-in infield to chase home Cameron Harbin with the first run in the second. Lauderdale’s double to left made it 2-0 in the third, and McLendon’s line drive single to center in the fifth pushed the lead to 3-0.

“The bottom of the order guys did a great job moving runners around and giving opportunities for guys at the top of the lineup to drive runs in,” Funt said.

A delayed double steal, with pinch-runner Jackson Vaughn beating the throw home, provided the final run in the sixth.

Counts finished 3-for-3 with a double.

Brookwood will face Tiftarea in the semifinals, with the series starting at Tiftarea on Thursday. A third game if necessary will be played Saturday.

Dorothy Eleanor Mercer passed away on June 9, 2021 at Archbold Memorial Hospital. She was born on December 18, 1932, in Pavo to the late Early Byrd Wood and to the late Nellie Deen Wood. She was married to Eugene Mercer who precedes her in death. Survivors include her children, Leon David Mc…