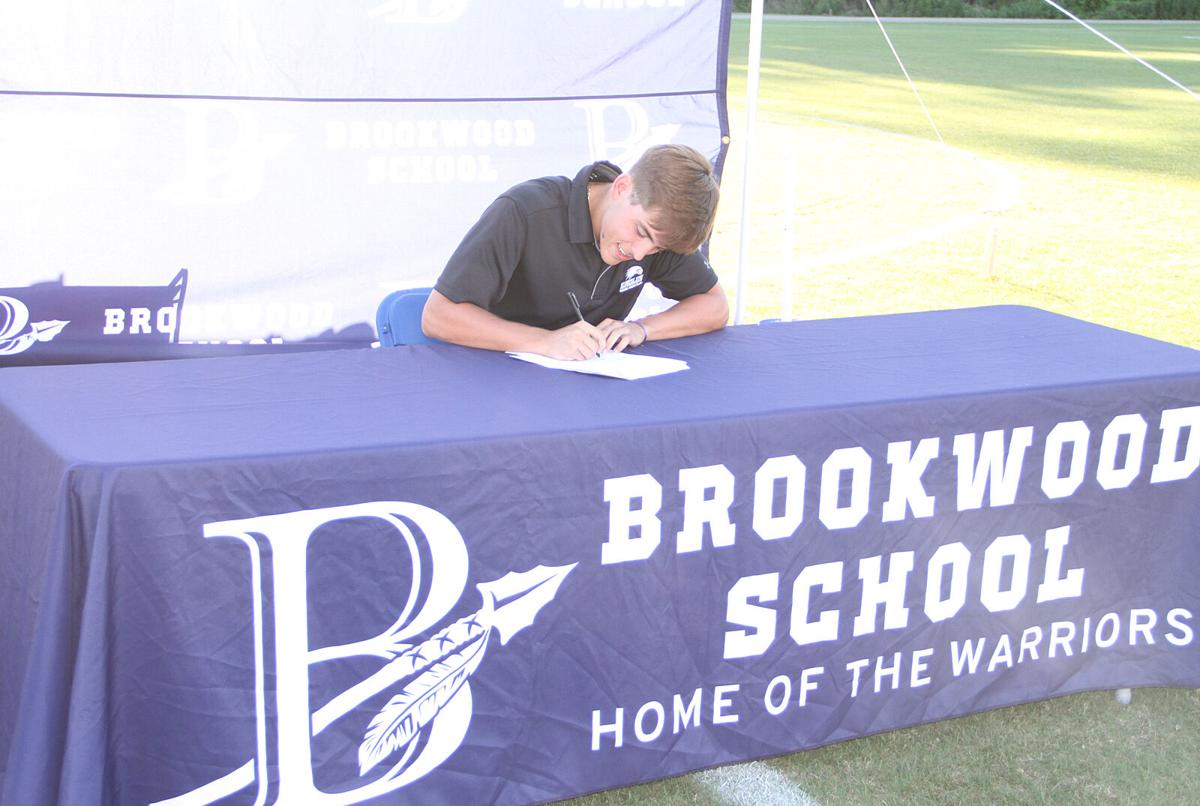 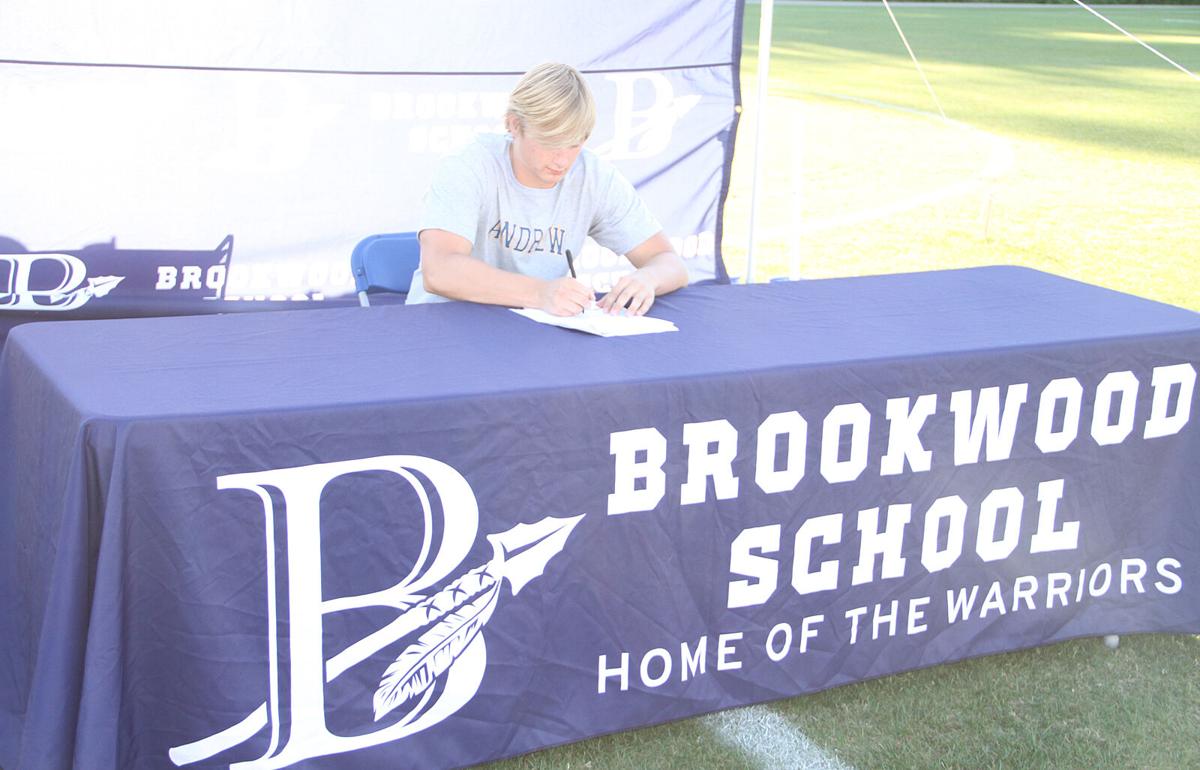 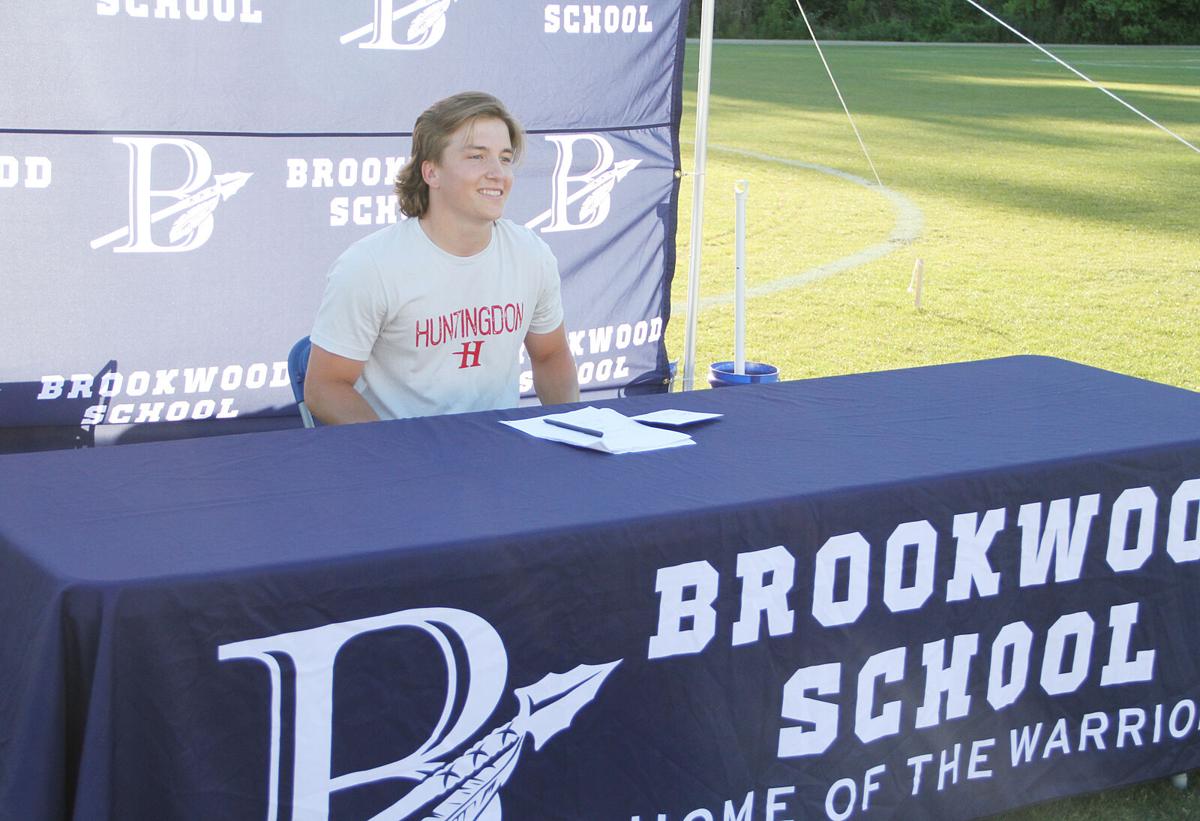 Three Brookwood seniors signed their letters of intent Thursday evening in the middle of the Warriors’ football field, in front of dozens of Brookwood parents and their classmates and teammates.

The signings came after the school honored its athletes from throughout the fall, winter and spring — and some teams, such as the boys soccer squad, are still competing.

“When you have 10 signees on the year, and win nine region championships, there’s a correlation between the two,” said Brookwood head football coach and athletic director Shane Boggs. “We have a bunch of invested kids, in both genders, and to cap it off with the eighth, ninth and 10th signees was a special night for us.”

Boggs decided to do something different for this signing event and pitched the idea to the athletes’ parents.

“We hadn’t been able to do the traditional banquets and we do assemblies to hand all this out,” Boggs said of the recognitions for each sport. “We wanted to get them all out there and honor them in front of about 300 people, so it was really fun and I think we made the most out of it. Certainly this signing was unconventional, but to do it in front of this many people had to be a special day for them.

“It’s a culmination of bunch of hard work,” Boggs added. “They had a goal of where they wanted to go and I’m excited for them. It starts in the classroom. That’s a testament to how goal oriented they are.”

Earl Ray Simpson, 83, of Thomasville, passed away on Thursday, September 23, 2021 at Archbold Memorial Hospital. Funeral Services will be held at World of Truth Tabernacle on Monday, September 27, 2021 at 2:00 pm with Rev. Gerri Simpson officiating. Visitation will be held one hour prior to …