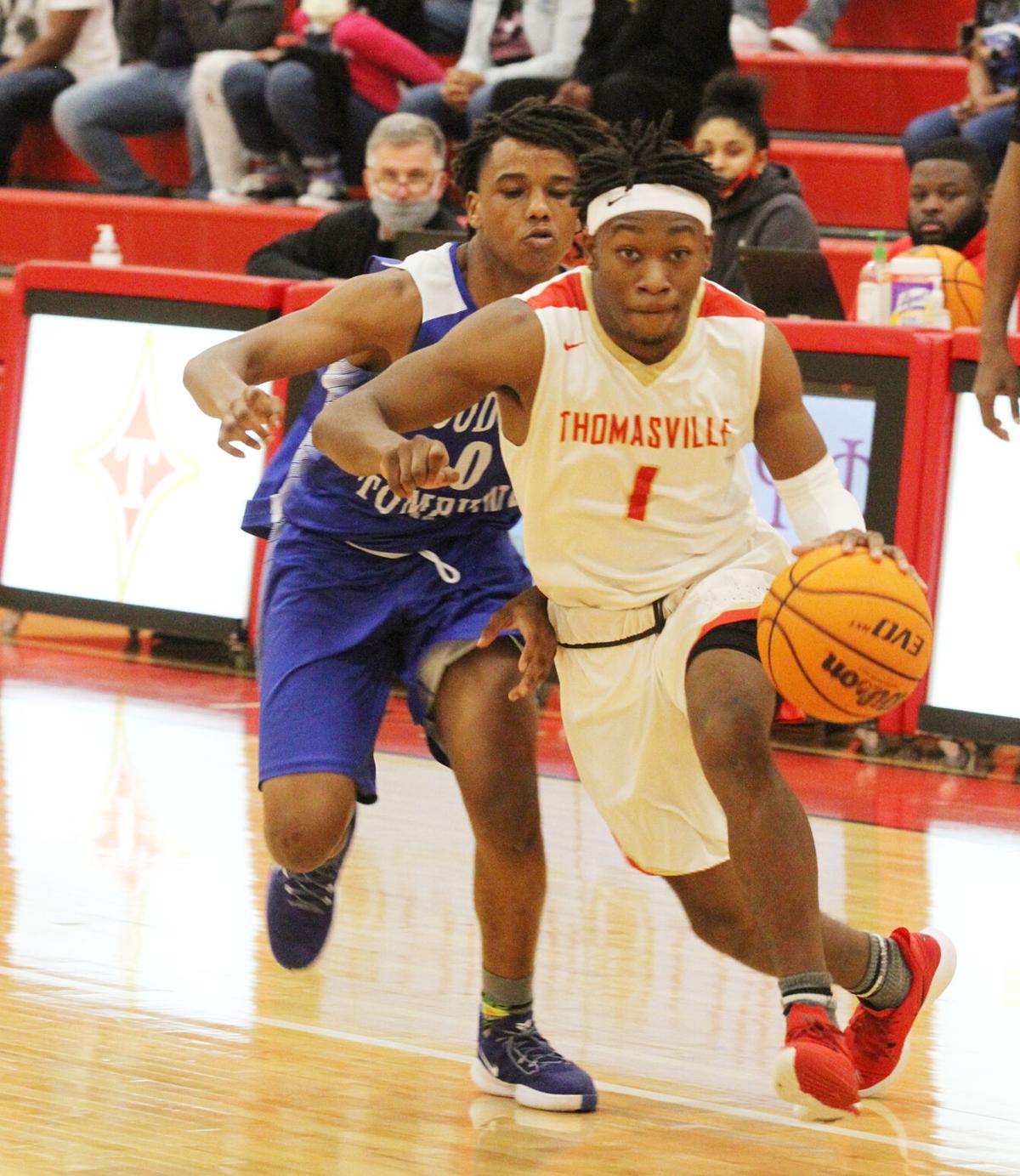 Sean Jester drives to the basket against Woodville-Tompkins. 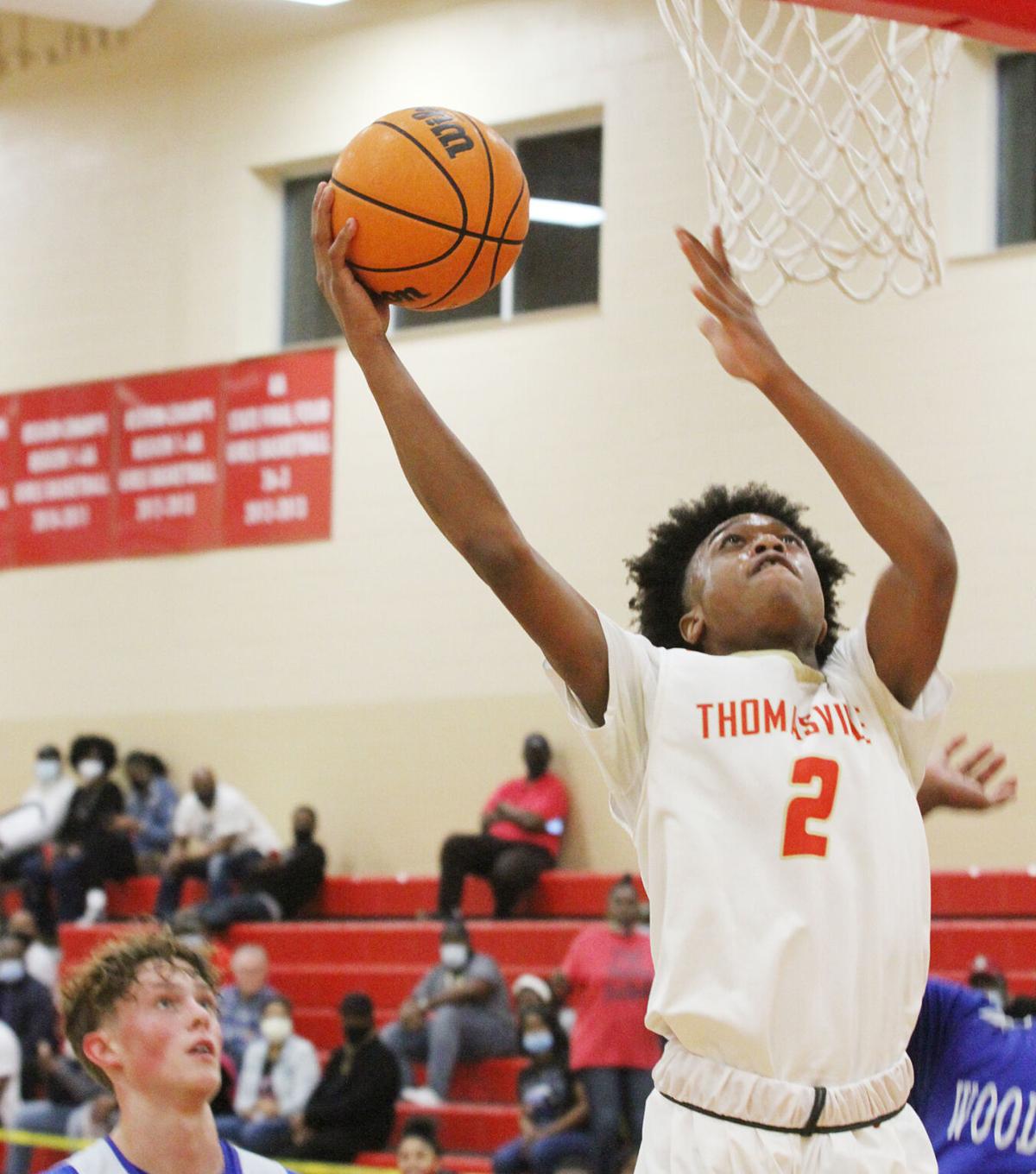 Tyson Anderson (2) gets a layup for two of his 12 third-quarter points. 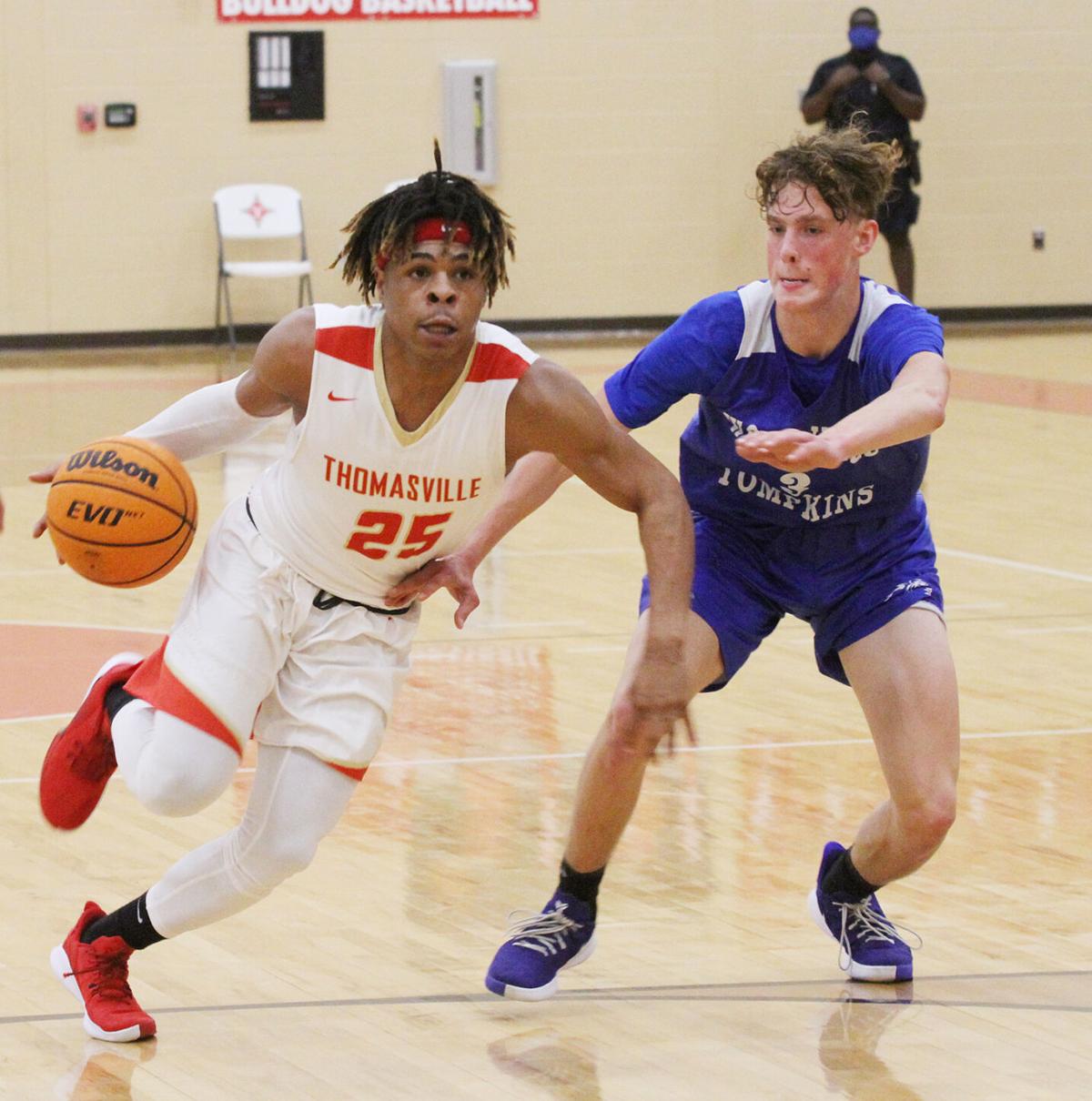 Sean Jester drives to the basket against Woodville-Tompkins.

Tyson Anderson (2) gets a layup for two of his 12 third-quarter points.

THOMASVILLE — An efficient offense — in the hands of unselfish players — and a relentless defense have the Thomasville Bulldogs back in the Class AA boys basketball Elite Eight.

The Bulldogs pulled away, thanks a big third quarter, and routed visiting Woodville-Tompkins 82-62 Saturday night.

With the win, the Bulldogs (17-1) will host Rabun County next.

“These kids are locked in,” Bulldogs coach Ben Tillman said. “They are excited about playing. When we get an opportunity to continue playing, in a pandemic, that’s just a blessing.”

The Bulldogs led by five in the third quarter when Clifford Davis buried a 3-pointer from midway between the 3-point line and the midcourt jump circle.

Tyson Anderson’s 3 pushed the lead to 11, and Davis converted an inbounds pass for a layup.

Thomasville closed the quarter with a flurry that essentially knocked out the Wolverines. Adrian McQueen got a steal, and Davis found McQueen for an open 3, putting the Bulldogs ahead 64-45.

McQueen then spotted an open Anderson, who drained yet another 3 at the third-quarter buzzer for a 71-49 lead.

Having that kind of unselfish play is a facet the Bulldogs coaches track, as they keep a tally of how many points are scored off assists.

“Kids are getting much better at driving and kicking and looking for their teammates, and trusting the process,” Tillman said. “We’re going to miss shots, and we’re going to make mistakes. But they trust each other, and that’s the biggest thing.”

Alfonzo Ross and Larry Chapman each had 13 points for the Wolverines.

Davis led all scorers with 26 points, and Anderson had 12 of his 20 points in the third quarter. McQueen added 17 points.