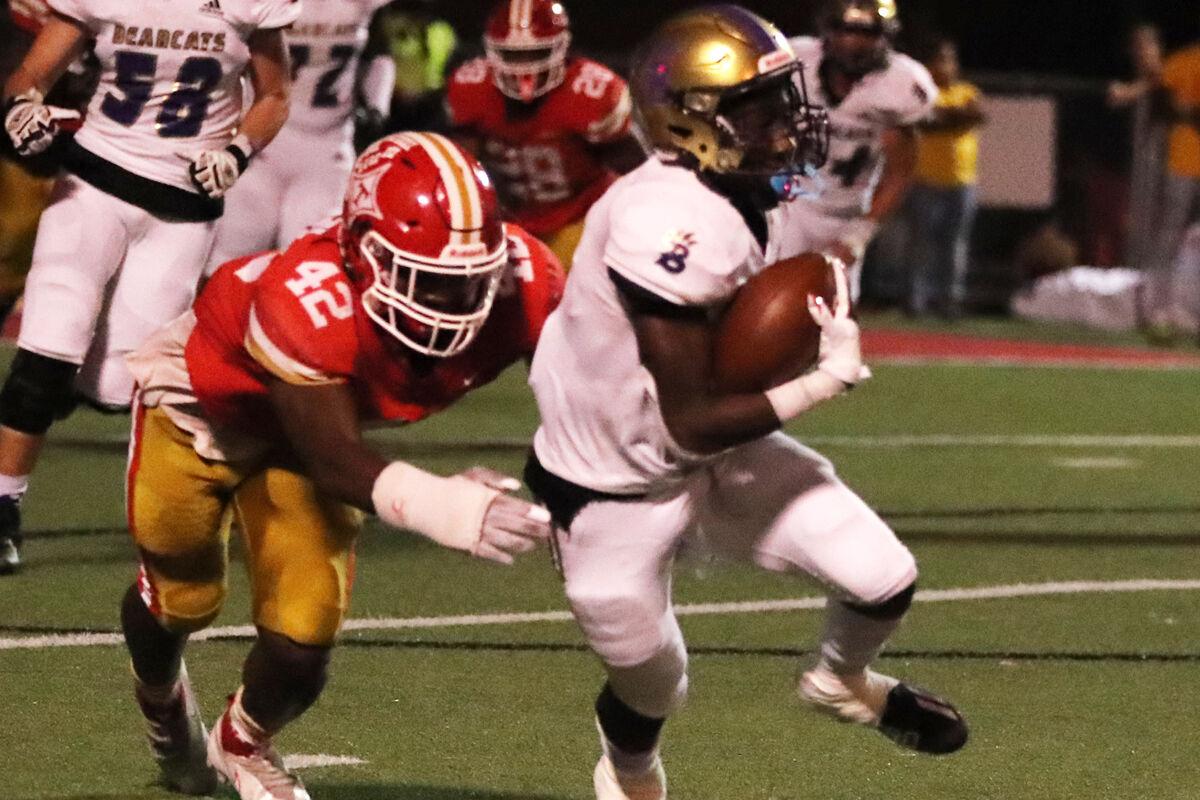 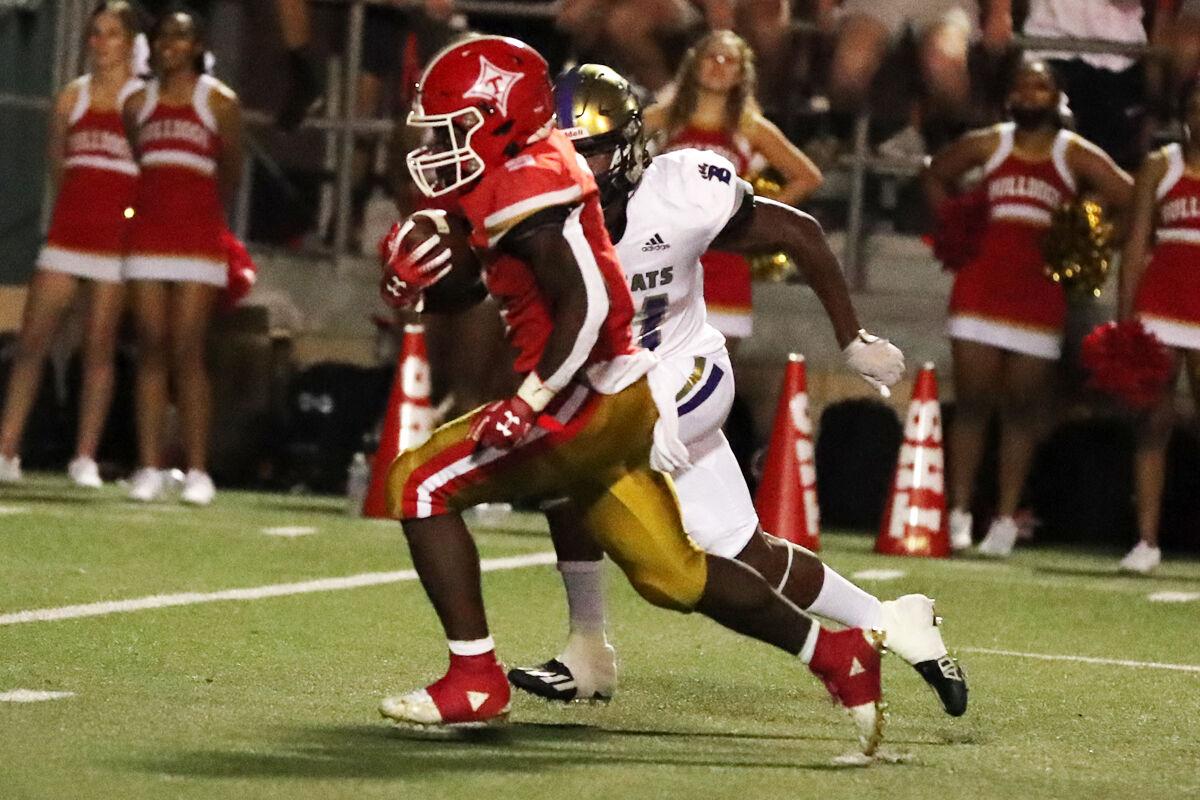 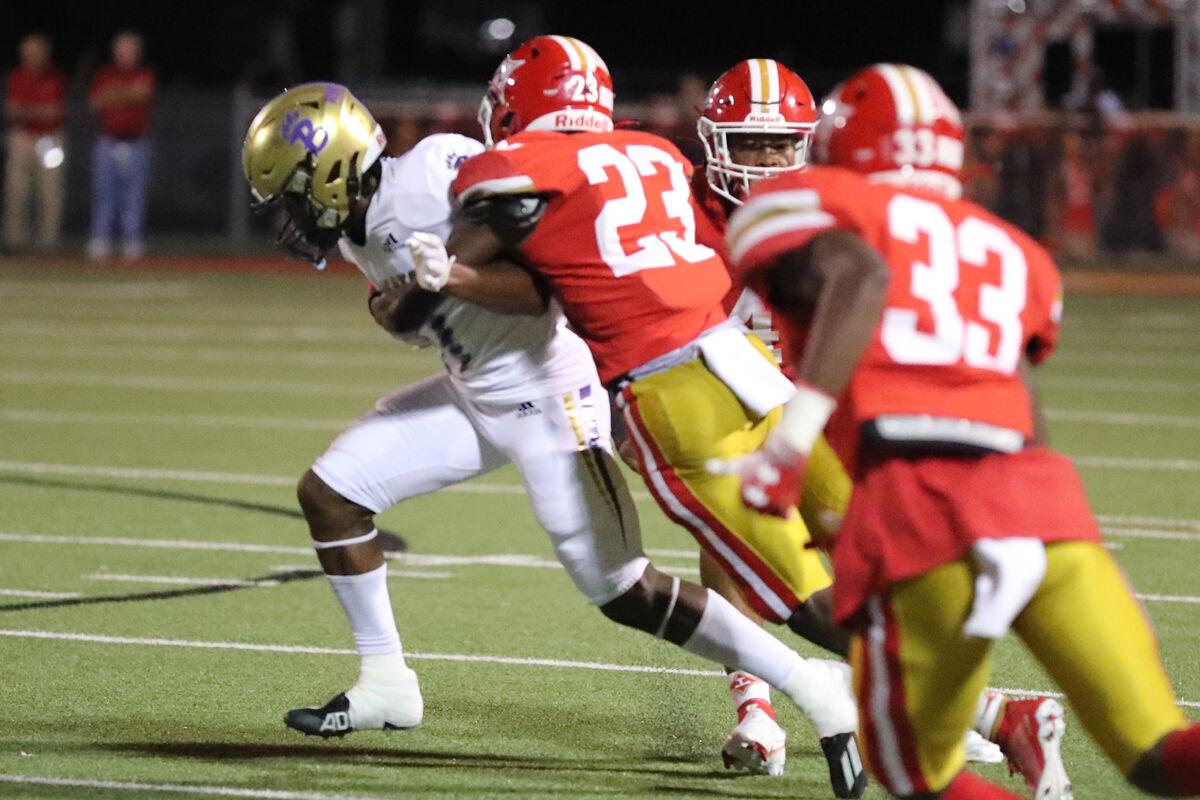 And like a lion in the grass waiting to pounce on a hapless gazelle, Alston sprinted toward Bainbridge quarterback Bo Smith, wrapped his arm around the quarterback and forced a fumble that Ty Anderson recovered at the 2-yard line.

It set up Malik Harper's second touchdown run of the night, helping provide Thomasville with enough cushion to put away Bainbridge en route to a 28-10 victory Friday night at Veterans Memorial Stadium.

"It was time for me to make a play," Alston said. "I had beaten their end and I got back there. I didn't even know the ball was loose. I thought I had sacked him and the ball came loose, and one of my teammates got it."

Alston and Thomasville's defense stuffed a potent Bearcat offense for most of the game. And they made it easy for Thomasville's offense, which scored most of its points on short fields set by its defensive stops.

"We had all the advantages, recovered fumbles, blocked punts, we just had to go cash the checks," said Harper who finished with three rushing touchdowns in the game.

It was another good night for the Bulldogs. With the exception of a fumble that helped lead to Bainbridge's first points of the game and a field goal attempt that Bainbridge blocked, Thomasville played near flawlessly.

"I was super proud of the effort tonight," Thomasville coach Zach Grage said. "It wasn't just one guy, it was everybody."

With just one nonregion game left on its schedule (at Oconee County on September 17) before opening region play against Early County on October 1, the unbeaten Bulldogs have to be feeling pretty good about themselves at this point in the season.

They have defeated one Class 1A Public school power in Brooks County, followed by three straight Region 1-4A opponents in Thomas County Central, Cairo and Bainbridge to run their season to 4-0.

"It was a total team effort," Grage said. "Even with (quarterback) Shannen White going down early, there was full buy-in."

Despite Bainbridge drawing the first points of the game on a 32-yard field goal from Nicholas Tyre, Thomasville scored 14 straight points on a Ricky Fulton 24-yard touchdown run and a Harper 2-yard scamper to make it 14-3 with 4:26 left in the second quarter.

Bainbridge trimmed the deficit to 14-10 before halftime on a 15-yard pass from Smith to wide receiver Zacchaeus Chrispen.

But that was all the Bulldogs would surrender.

Thomasville blocked two punts in the first half, one from Jayveioun Cody and another from Nolan Barnes, whose blocked was recovered at the Bainbridge 6 and set up Harper's first touchdown run — a 2-yarder — at the 4:26 mark of the second quarter.

The Bulldogs also recovered two fumbles in the game.

Harper provided the clincher midway through the fourth quarter when he broke loose on a 54-yard scamper to move the Bulldogs to the Bainbridge 8. Then two plays later, he scored on a 2-yard run. After Daniel Belvin's extra point, Thomasville led 28-10.

Any hopes Bainbridge had of a comeback were dashed when Thomasville batted away a pass in the end zone on fourth down at 10-yard line midway through the fourth quarter.

Werner Wesley Waldron, 72, of Valdosta, passed away October 19, 2021. Memorial services will be held at 4pm on Thursday, October 28, 2021 at First Baptist Church. Visitation will be 1 hour prior to the service. Condolences may be conveyed online at www.mclanecares.com Carson McLane Funeral H…

Funeral services for Bonnie Rose Hand Walker, 77, of Meigs will be held Friday, October 22, 2021 at 11:00AM at Willis-Jamerson-Braswell Funeral; Home. Rev. Jeff Brooks will officiate and interment will follow in Meigs Sunset Cemetery. Pallbearers will be Tyler Walker, Jamey Thompson, Brim Po…