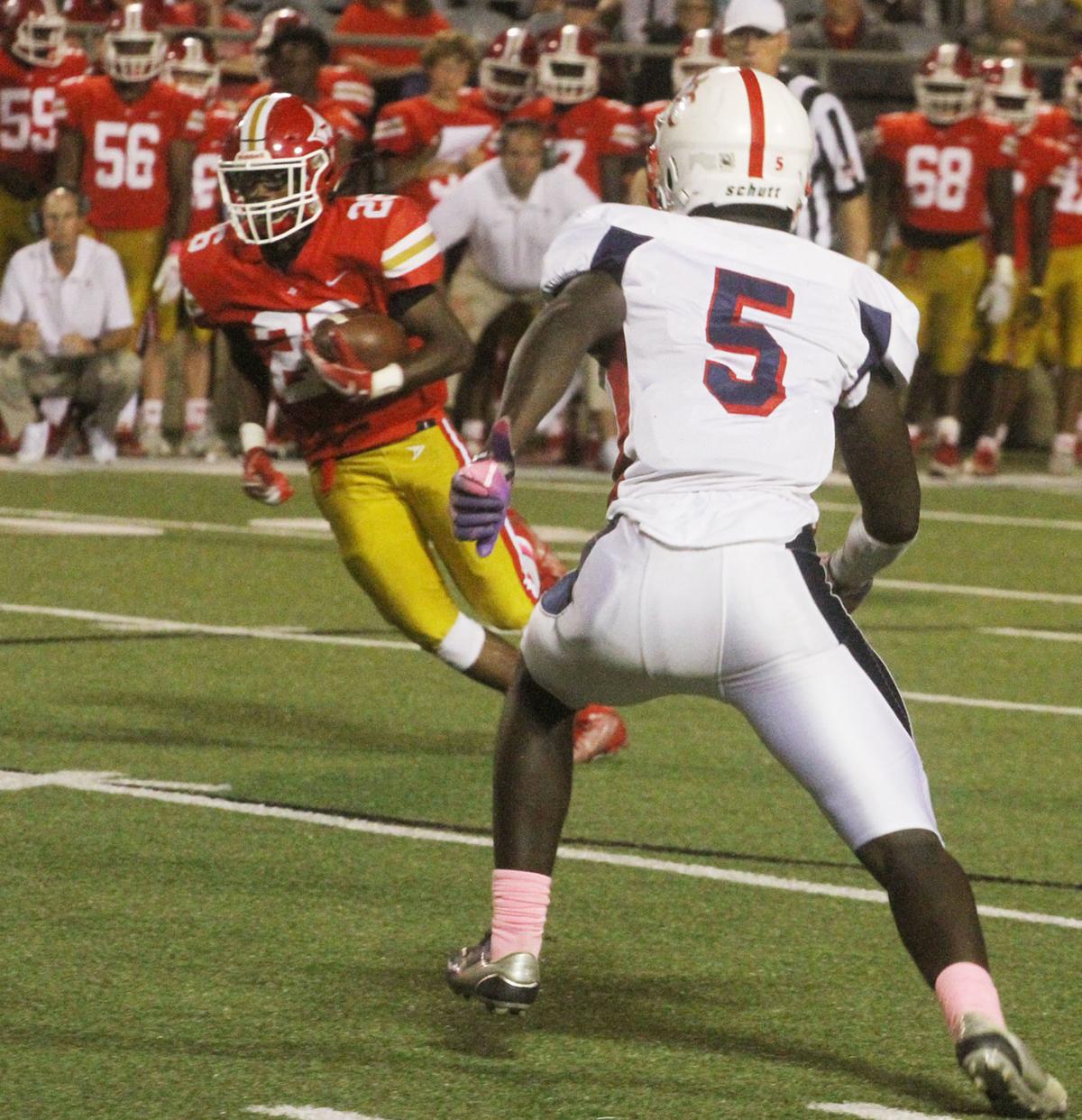 Malik Miller finds running room against Brooks County's defense in the second half. 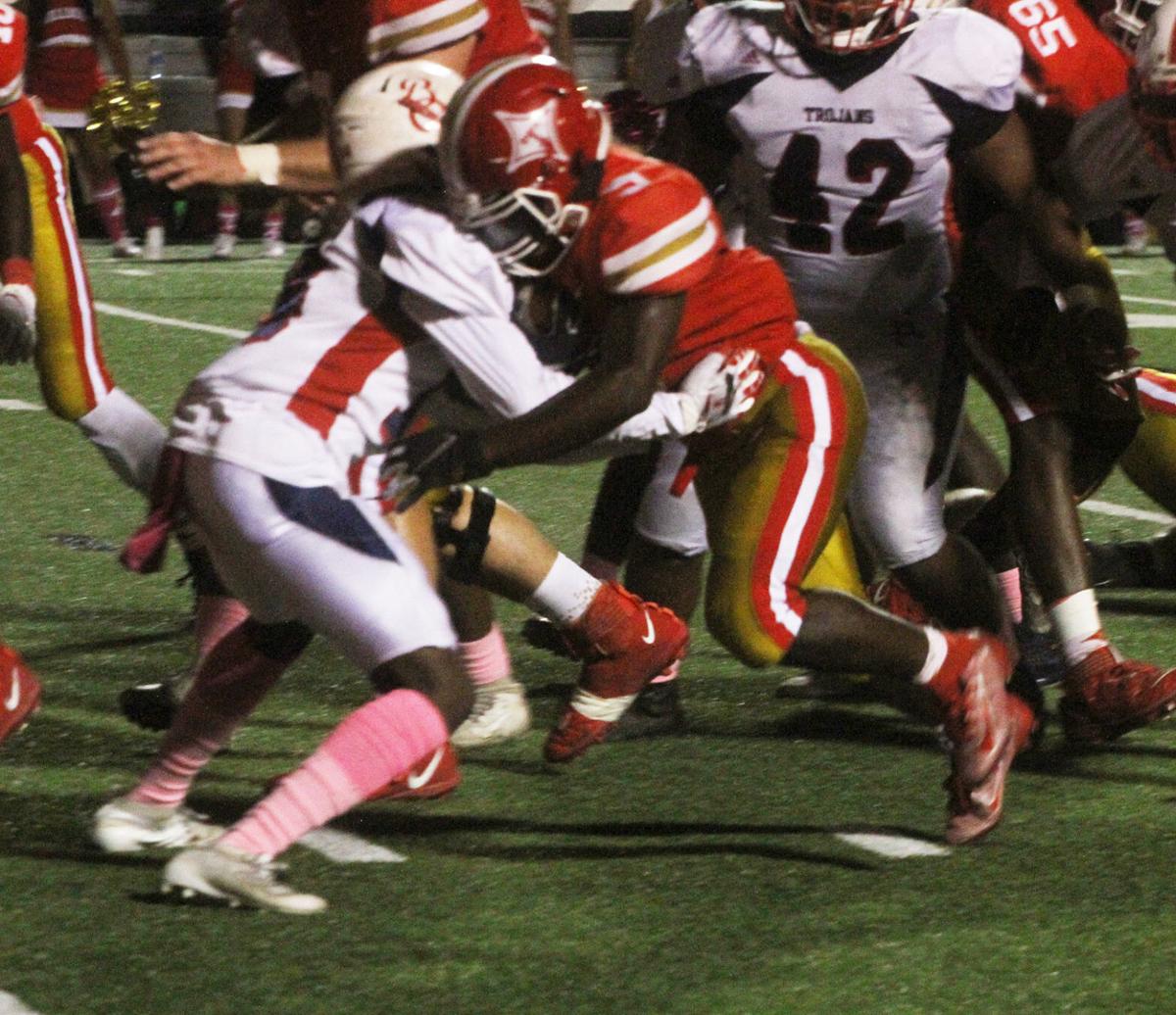 Thomasville's Ricky Fulton powers his way into the end zone for a 6-yard touchdown on the Bulldogs' opening second-half possession.

Malik Miller finds running room against Brooks County's defense in the second half.

Thomasville's Ricky Fulton powers his way into the end zone for a 6-yard touchdown on the Bulldogs' opening second-half possession.

THOMASVILLE — A little bit of defense, a dose of special teams and a heaping helping of rushing offense gave Thomasville the lift it needed.

The Bulldogs held on for an emphatic 31-20 win over Brooks County in their Region 1-AA opener on Friday night, vaulting themselves into the driver’s seat for a region top seed.

“It's unbelievable,” said an ecstatic Thomasville head coach Zach Grage. “It’s monstrous. This was football tonight but the energy on the sidelines, the energy in the stands, that’s what won the game tonight.”

Waldrep’s kicking and punting proved to be critical throughout the game. He punted the Trojans inside their own 1-yard line in the second quarter, and the next play, Nitavion Burrus was tackled for a safety.

Waldrep later punted Brooks County inside its own 2 midway through the third quarter.

“You have a kid who can do things like that, that's a big advantage,” Grage said.

Ronnie Baker’s 22-yard touchdown pass to Kevin Cochran brought the Bulldogs within 13-10, and the safety brought them two points closer. Waldrep closed the first half scoring with a 39-yard field goal.

Thomasville’s defense, which held Brooks to one first down in the second half, got into the action with a fumble return after a Trojans reception, though Brooks County argued the pass was incomplete.

Joaquinn Dawson ran a Thomasville back 67 yards for the Trojans’ lone second-half score, but the Bulldogs ran off nearly five minutes on a nine-play drive that ended in Waldrep's final field goal of the night.

“There’s nothing better in high school football than to know what’s coming and you’re still able to drive it down,” Grage said.

“We had to change up our plan a little bit,” Grage said. “Ronnie made plays when he had to.”

The Bulldogs improved to 3-4 overall but the most important aspect of the victory is the region win. Thomasville travels to Fitzgerald on Oct. 18 for another region contest.

“We’ll see where we go from here,” Grage said, “but we’re going to enjoy this one tonight.”