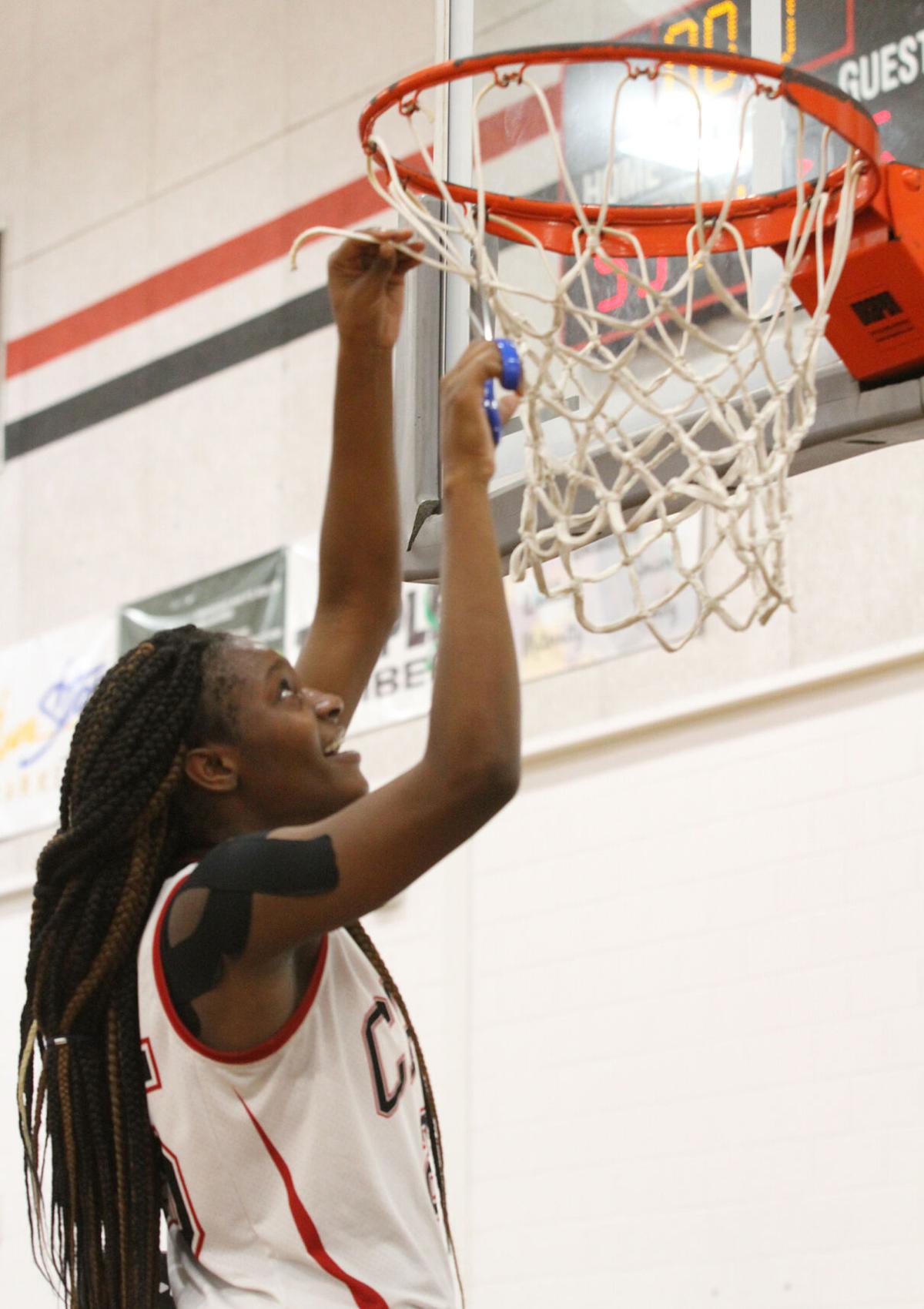 Ambria Vicks takes her turn at cutting down the net Friday night after Cairo beat Troup County 55-51 in the Class AAAA state semifinals. 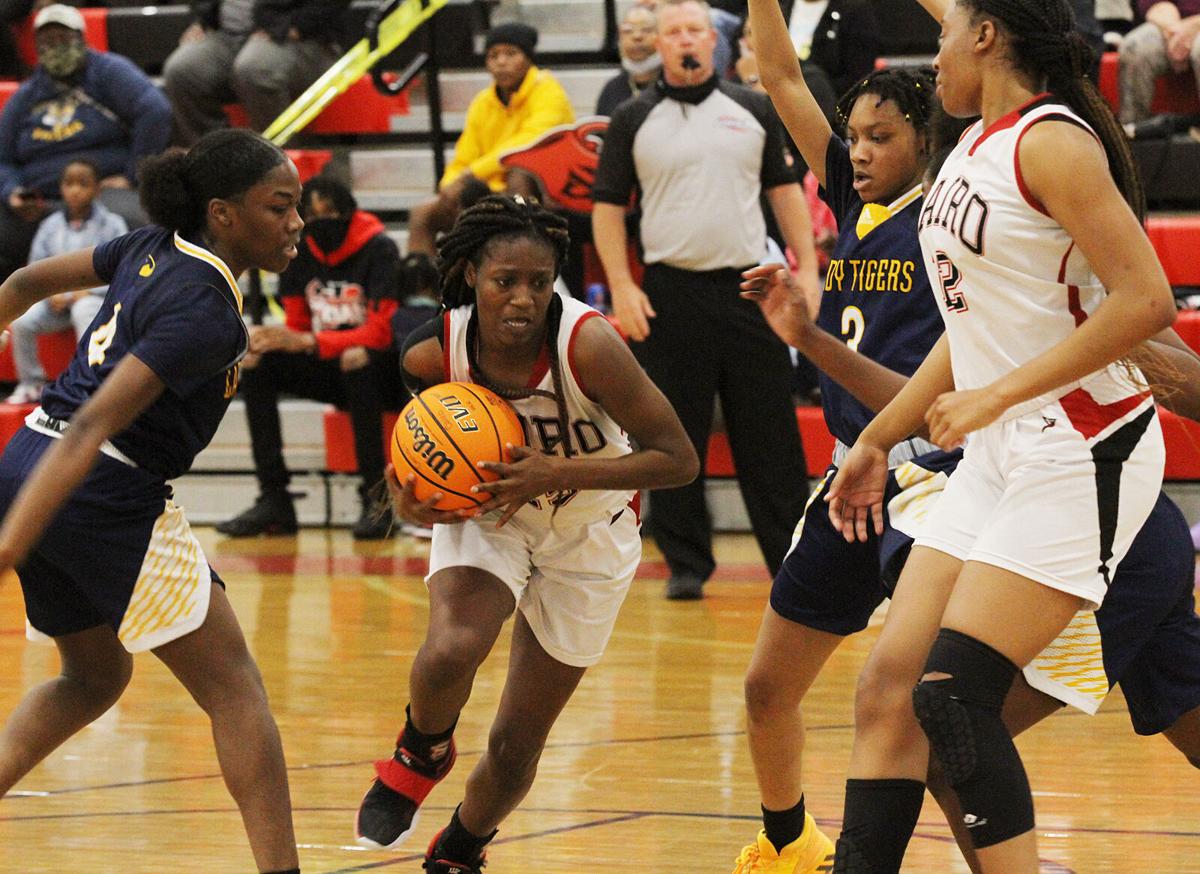 Ambria Vicks cuts through the Troup County defense in the fourth quarter. 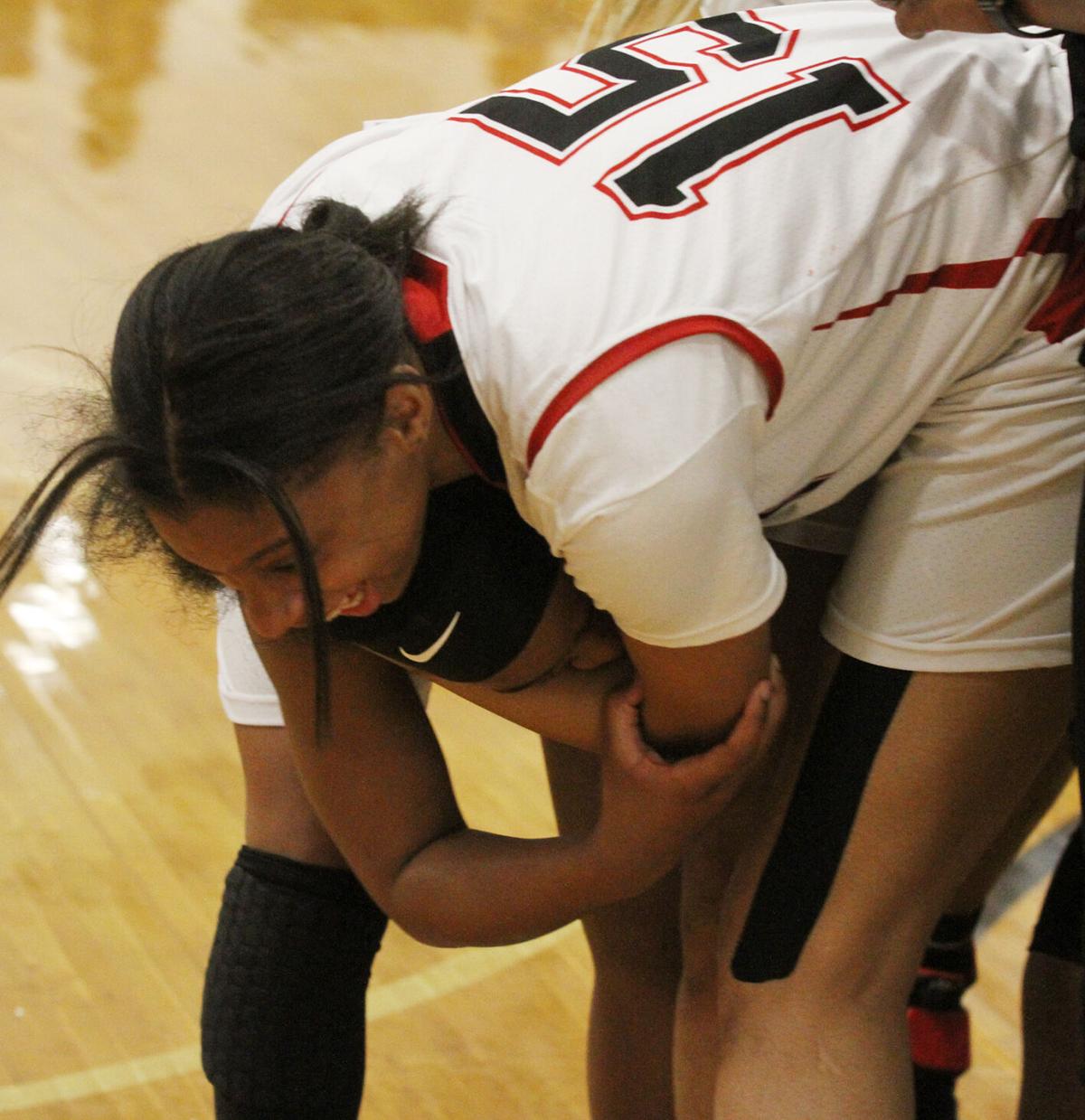 Ambria Vicks takes her turn at cutting down the net Friday night after Cairo beat Troup County 55-51 in the Class AAAA state semifinals.

Ambria Vicks cuts through the Troup County defense in the fourth quarter.

The old one is now draped around Melissa McClendon’s neck.

It’s her, and her Cairo Syrupmaids’, trophy after a hard-fought 55-51 win over Troup County on Friday night in the Class AAAA girls basketball state semifinals. Cairo, 18-1, will play Carver-Columbus at the Macon Centreplex on Wednesday at 5 p.m. for the state championship.

“We did it!” McClendon exclaimed after the net-cutting ceremony. “We’re going to the championship, y’all. I cannot believe it. I am so excited.”

At halftime, the prospect of getting to the state title game turned dim. Troup County, behind a relentless press, went on a 16-0 run in the first three and a half minutes of the second quarter. The Lady Tigers eventually held a 33-23 lead at the break.

McClendon and her girls, though, were far from dismayed.

The Syrupmaids worked their back and held the Lady Tigers to just one field goal — Aniya Palmer’s pull-up 3-pointer — in the final 4:44 of the third quarter.

Ambria Vicks knotted the game at 41-41 with 1:06 to go in the third, and Jy’niah Cooper forced a held ball seconds later, giving the ball to the Syrupmaids.

Chambria Vicks, tasked with guarding the 6-foot tall Palmer in the second half, hit two free throws to put Cairo back in front.

“We picked up their big man (Palmer). She is phenomenal,” McClendon said.

Alexcia Murphy put the Lady Tigers ahead 45-43 just 35 seconds into the final period. Jada Green got a follow-up with 3:50 to go, but Ta’Kyah Bradshaw answered on an assist from Ambria Vicks, and Chambria Vicks scored after stealing an inbounds pass with 3:13 left.

Cooper, one of nine senior Syrupmaids, drilled two free throws with 13.5 seconds left for the final margin of victory.

Chassitti Butler did not score but had four steals, three coming the fourth quarter.

Carver edged Cedar Shoals 74-70 in the other semifinal.

Cairo now will get a chance to win its first state title since 1982. All McClendon had on her mind Friday was Troup County — not a trip to Macon.

“It feels fantastic,” she said. “I wouldn’t even let myself think about us winning. The only thing I was thinking is we’ve got to show up and do our job, and that’s what we did.”