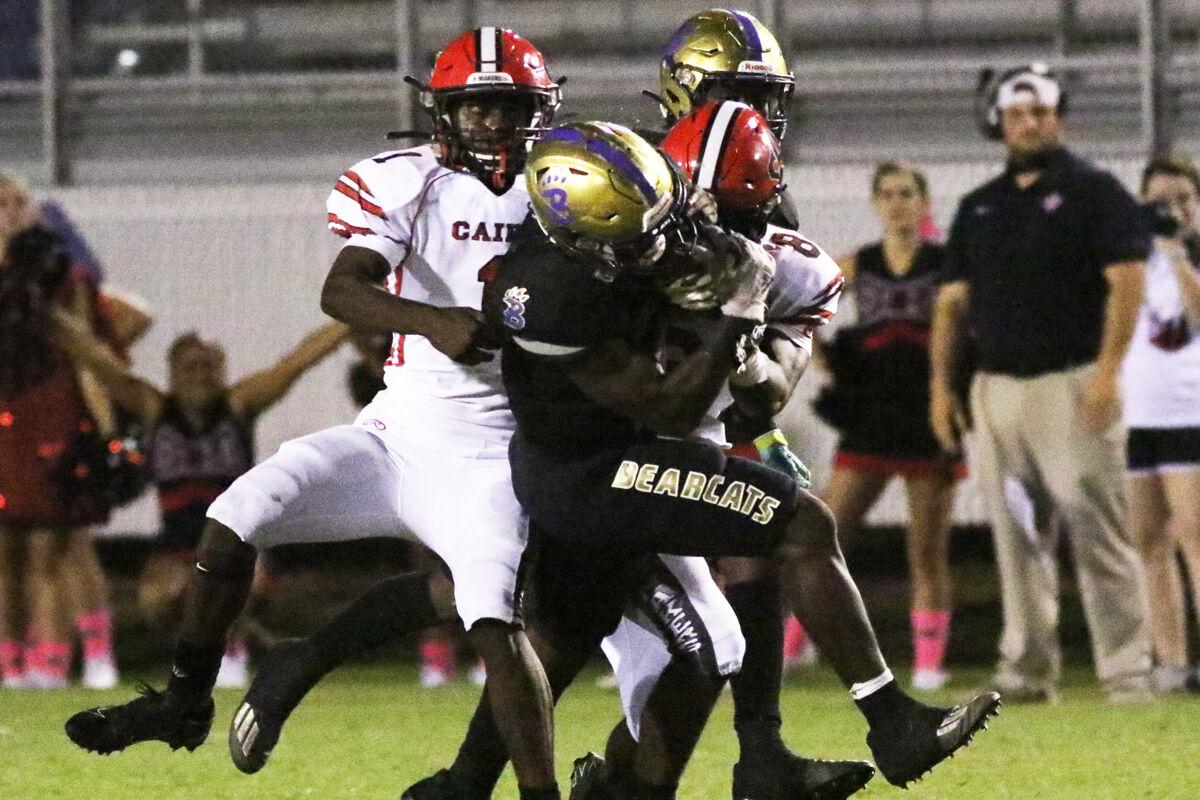 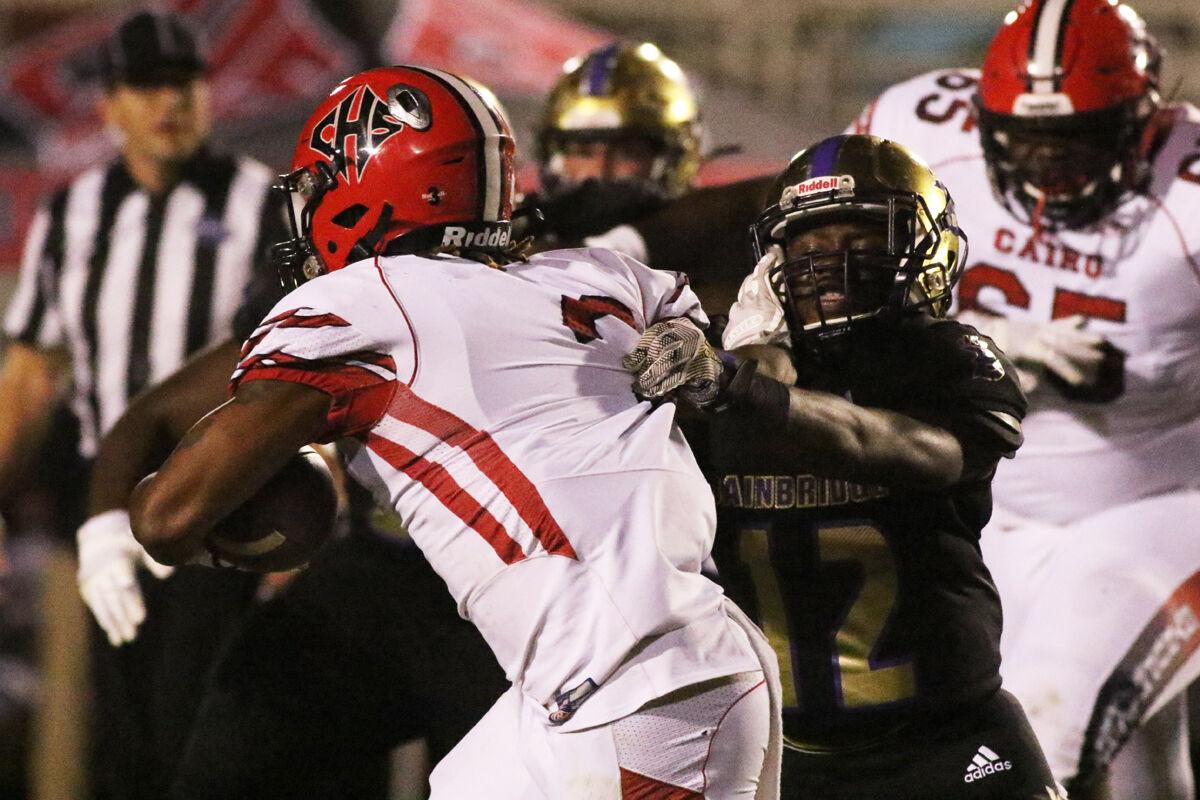 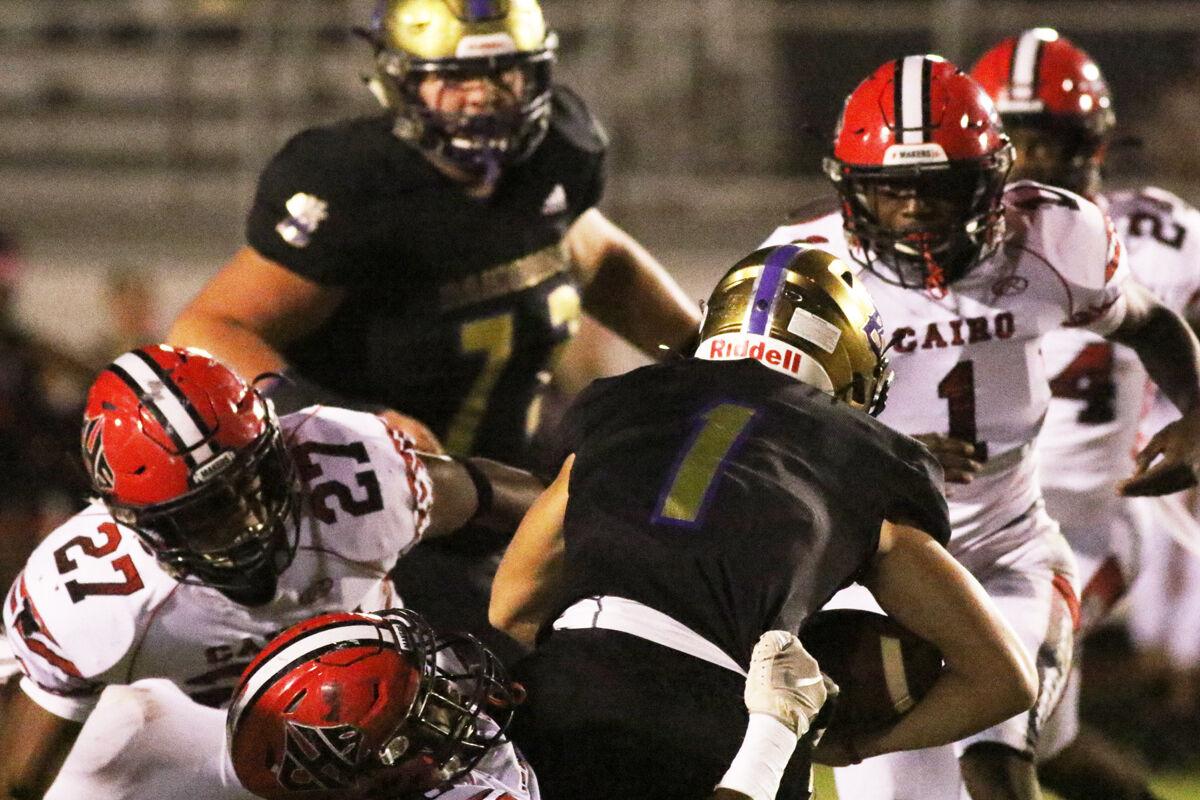 BAINBRIDGE — Four weeks must have seemed liked an eternity for the Cairo High School Syrupmakers.

Their last game — a 23-point setback to Thomasville — was played on Sept. 18 before COVID-19 cancellations temporarily halted the season.

So when the Syrupmakers suited up at Centennial Field Friday night, it had to seem like a new season.

However, the same problems that plagued the team earlier in the 2020 season resurfaced — costly penalties, inconsistencies in the rushing attack and virtually no passing game. Those factors played a role in a 21-0 loss to Bainbridge Friday night.

Rashad Broadnax scored a pair of first-half rushing touchdowns — a 1-yard plunge and a 2-yard scamper from the Wildcat formation — as the Bearcats were never seriously challenged.

Then Broadnax provided the clincher with a 41-yard scamper late in the fourth quarter when he burst loose on third-and-4.

Needless to say, the Region 1-4A opener didn't go as planned for the Syrupmakers.

"I was proud of the way those guys fought in the second half and we were able to move the ball," Cairo coach Steve Devoursney said. "But we were missing some guys tonight and their defense was so good. There's still a lot of football left. Hopefully, we're going to get back to playing Cairo football the way it should be.”

The Syrupmakers (0-4, 0-1 Region 1-4A) finished with just 101 yards of total offense, including 37 rushing yards on 30 attempts. They amassed 11 penalties for 100 yards, including a costly personal foul penalty when they were inside the Bainbridge 5 late in the third quarter. The drive ended in a failed 35-yard field goal.

Things went sour for Cairo on its opening drive when they started at the Bearcat 36 after a 10-yard punt. After a positive gain, the Syrupmakers went backward and wasted a chance at early momentum.

After Noah Jones' punt went into the end zone and Bainbridge started at its own 20, they marched downfield and took the lead with the first of Broadnax's three scores in the game at the 3:23 mark of the first quarter.

They scored again on their next drive when quarterback Qyayde Hawkins, on a keeper, broke free from the line of scrimmage near midfield and moved to the Cairo 2 before Broadnax scored from the Wildcat.

Cairo had very little positivity on offense. They managed just 17 total yards in the first half with no first downs. It wasn't until the 10:24 mark of the third quarter that they picked up a first down.

Tyree Kelly made an impressive 25-yard grab from quarterback Braylon Robinson to move the ball to the Cairo 40. But the drive later stalled.

Cairo's defense tried its best to help. Ty Glenn recovered a Bainbridge fumble at the Bearcat 41 in the third quarter. The Syrupmakers used a pair of Bainbridge penalties to move to the 4-yard line before the drive stalled.