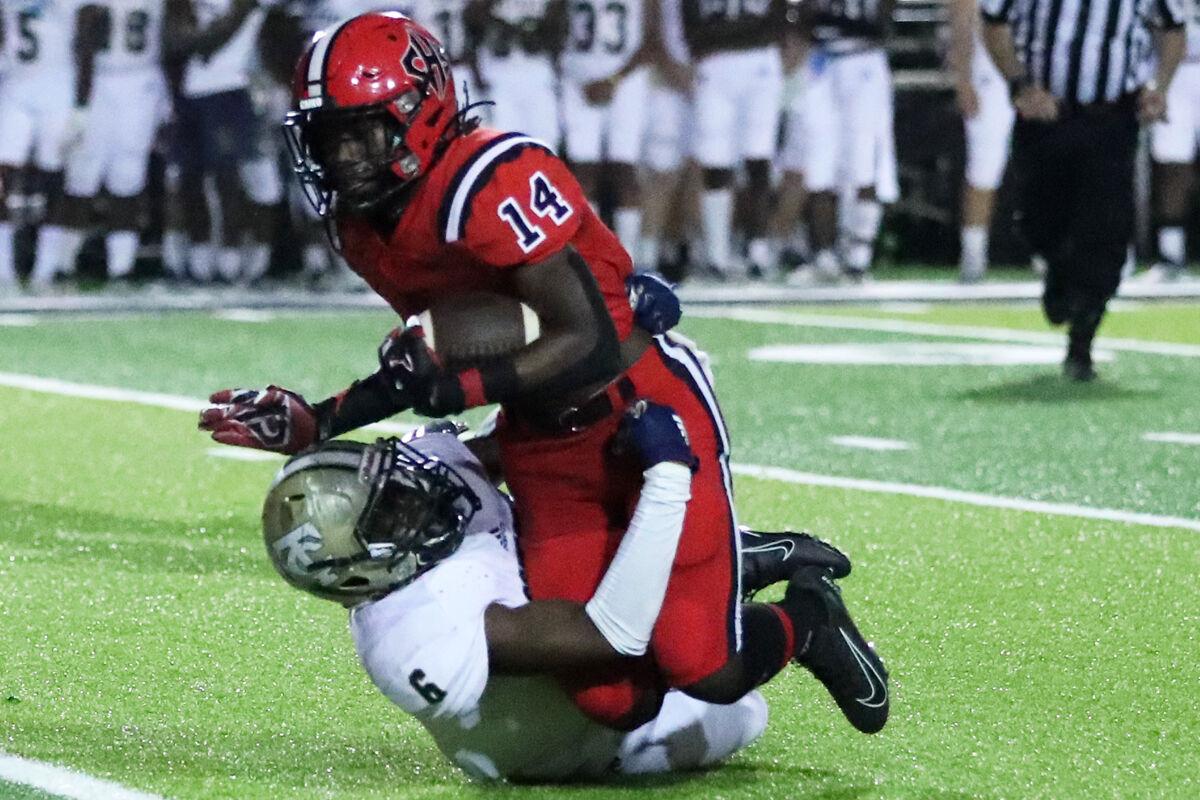 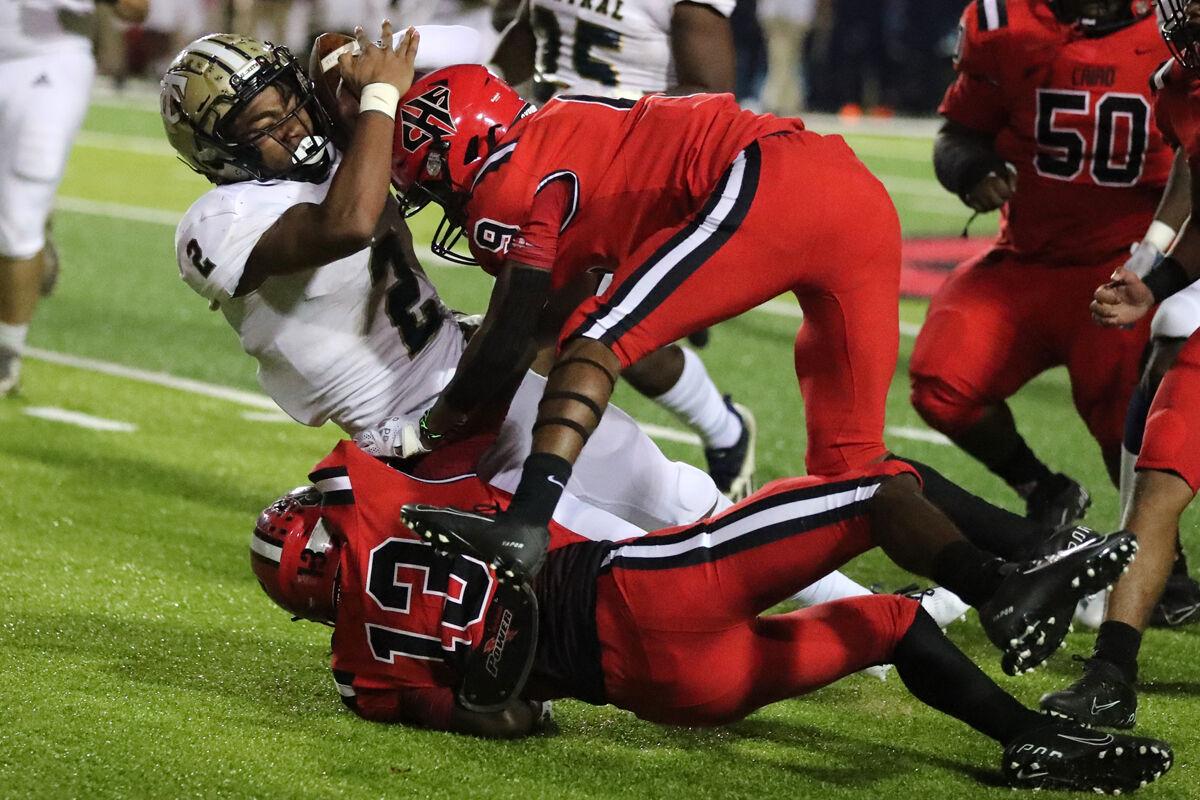 Vickers' extra point broke a tie after Gary Davis scored from 2 yards out in the Wildcat formation.

Then Cairo's defense shut down Thomas County Central on a key fourth down stop late to win a nail-biting 14-13 victory Friday night at West Thomas Stadium.

Cairo (4-3 overall, 2-1 Region 1-4A) won despite throwing three interceptions (including a pick-six), missing a 33-yard field goal and having a punt blocked that gave TCC a first down at its 25.

Yet, the Syrupmaker defense kept Thomas County Central out of the end zone with the exception of a 68-yard touchdown pass from Sam Brown to Trey Huewitt that gave the Jackets a 13-0 lead at halftime.

But no play was bigger than Fabian Yarbrough's quarterback sack on fourth-and-4 from the Cairo 22, ending TCC's best chance for the go-ahead score with less than five minutes left in the game.

Yarbrough tore through the line, flushed Brown out of the pocket, then recorded the sack that sent the Cairo fans into a frenzy.

"I was guarding the running back, but since their quarterback was trying to get the first down, I just went at him full speed," Yarbrough said.

TCC did have one final chance to win the game, but Emanuel Wilson's interception at the Cairo 21 sealed the victory.

The victory keeps Cairo in second-place in the Region 1-4A standings.

Thomas County Central (5-3, 2-1) dropped its first region game of the season and will need to win at first-place Bainbridge next week to keep its slim hopes of the region title alive.

Then Huewitt hauled in a 68-yard bomb from Brown at the 5:37 mark of the second quarter to put TCC up 13-0 at halftime.

"Our defense put us in so many good situations tonight, and we didn't take advantage," TCC head coach Ashley Henderson said. "Our defense played hard out there all night."

The Syrupmakers allowed TCC just 182 yards of total offense, while they blocked a 32-yard field goal attempt in the first half and came up with stop on fourth-and-11 from its 25 to keep the Jackets out of the end zone after Tywon Christopher blocked a Cairo punt and Caleb Anderson recovered on the Syrupmaker 24.

Christopher finished the game with two interceptions and a blocked punt.

Cairo rolled up 349 yards of total offense, including 144 yards rushing from Amarion Byrden.

But the Syrupmakers could have easily been on the short end as they were their own enemy at times. A holding call wiped out a 49-yard touchdown pass from quarterback Braylon Robinson to Jaylon Spence on the Syrupmakers' opening drive of the game.

Then in the second quarter with the Syrupmakers inside TCC's 10-yard line, a fumble in the Wildcat formation moved them back where they failed to connect on a 33-yard field goal attempt.

Spence hauled in a 38-yard catch to set up Davis' touchdown to tie the game.

A frustrated Henderson reminded the Jackets and their fans that they still have a lot of football left with two games left in the regular season.

"We're not done yet," he said. "That's what I want these kids to understand. We still have a lot to play for."