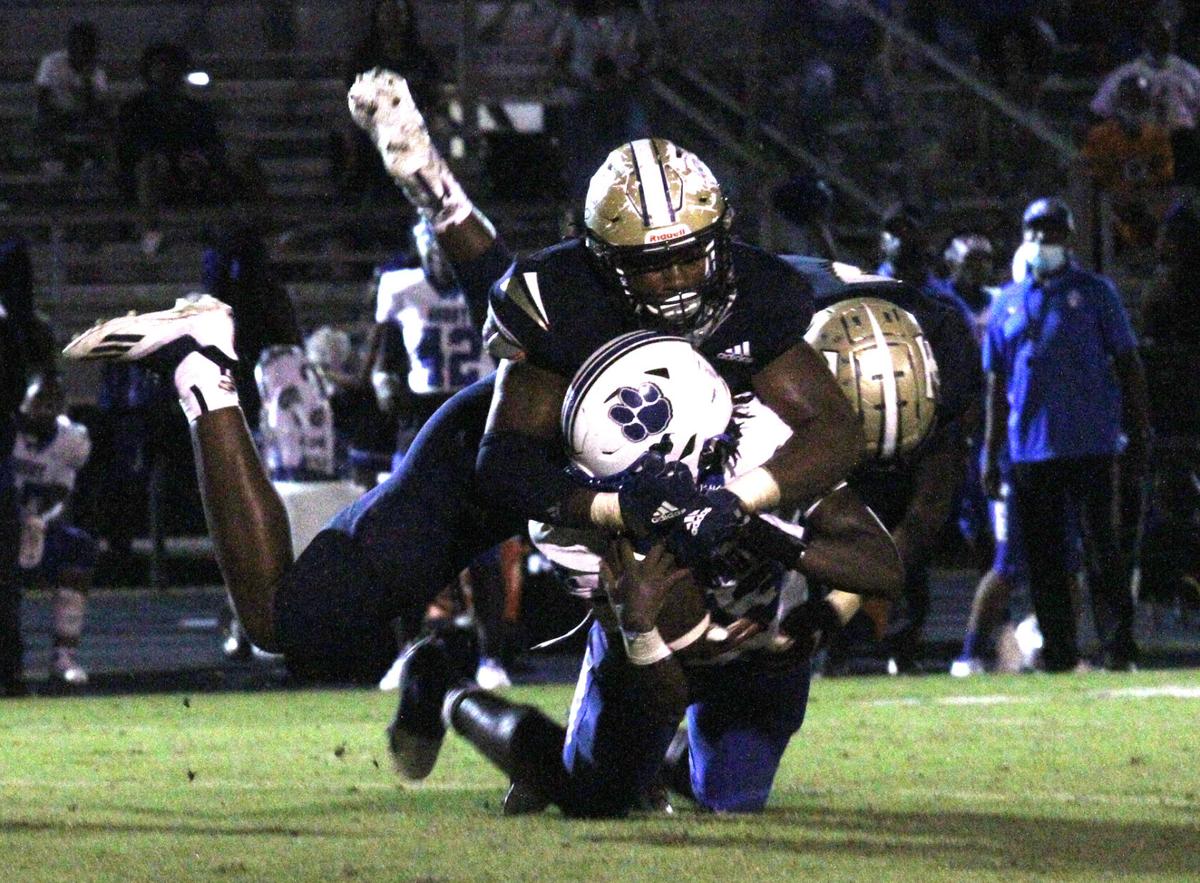 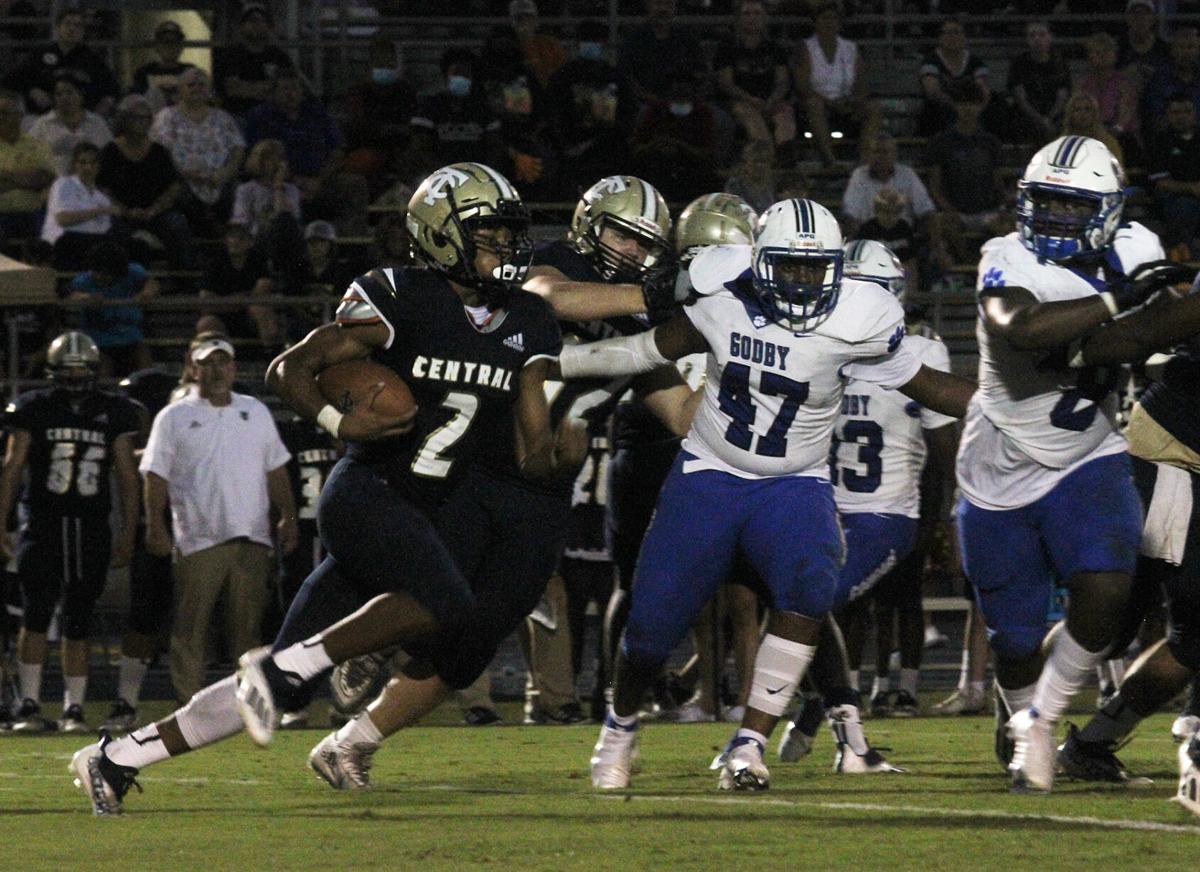 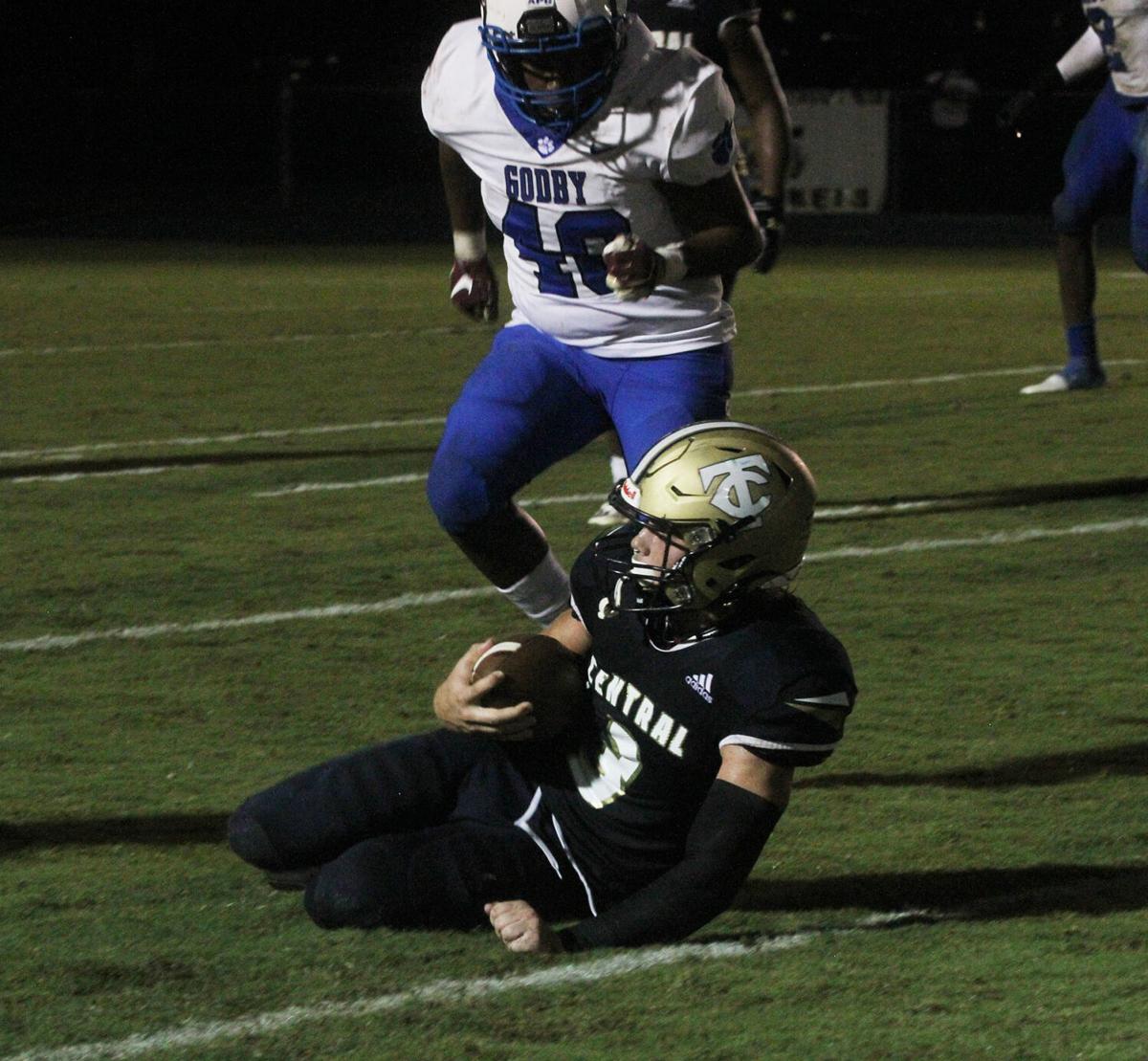 And it’s been difficult for opposing offenses to answer lately.

The Yellow Jackets shut down visiting Tallahassee-Godby (Florida) and ground out a 20-12 win Friday night to even their record at 2-2 on the season.

“These boys are excited. They’ve been working hard,” said Thomas County Central head coach Ashley Henderson. “They take great pride in how hard they work and how hard they have worked these last few weeks. To get off to the slow start we did and to hear some of the noise they’ve heard, they’ve done a great job keeping the main thing the main thing and  blocking that out. Our kids deserve this. They earned this one.”

The Yellow Jackets held the Cougars to 26 yards rushing on the night and Godby had just 17 plays in the second half.

“We did what we had to do,” Henderson said. “We wanted to run the football. We were able to do that. We played to our strength, and that’s our defense right now.”

Chase Gillespie ran the kickoff to start the second half 81 yards to the Jackets 15, and then scored on the very next snap to cut the Central lead to 14-12.

But the Jackets answered each of the Cougars’ scores. Don’ya Golson stopped the next Godby drive with a fourth-down sack of Sims at the Central 32. The Jackets went 68 yards in 13 plays, as Sam Brown powered in from the 1-yard line to cap the drive.

The Cougars, who were assessed 12 penalties in the first half, set up the Jackets on the next score late in the first half. A fourth and 16 fake punt attempt fell short with just 1:25 to go, and two Brown to Adam Hopkins completions put the Jackets in striking distance.

Brown scored from 6 yards out, and the point after pushed Central to a 14-6 lead with 51 seconds left in the first half.

After Gillespie’s score, the Jackets answered, thanks to Tyler Floyd’s kickoff return to the Cougars 34-yard line. Three plays later, Persean Taylor scored on a  3-yard run with 10:40 to play in the game for the game’s final points.

For the final 13:14 of the game, the Yellow Jackets held the ball for more than 12 of them, allowing just one three-and-out from the Cougars while the offense ate up the rest of the clock.