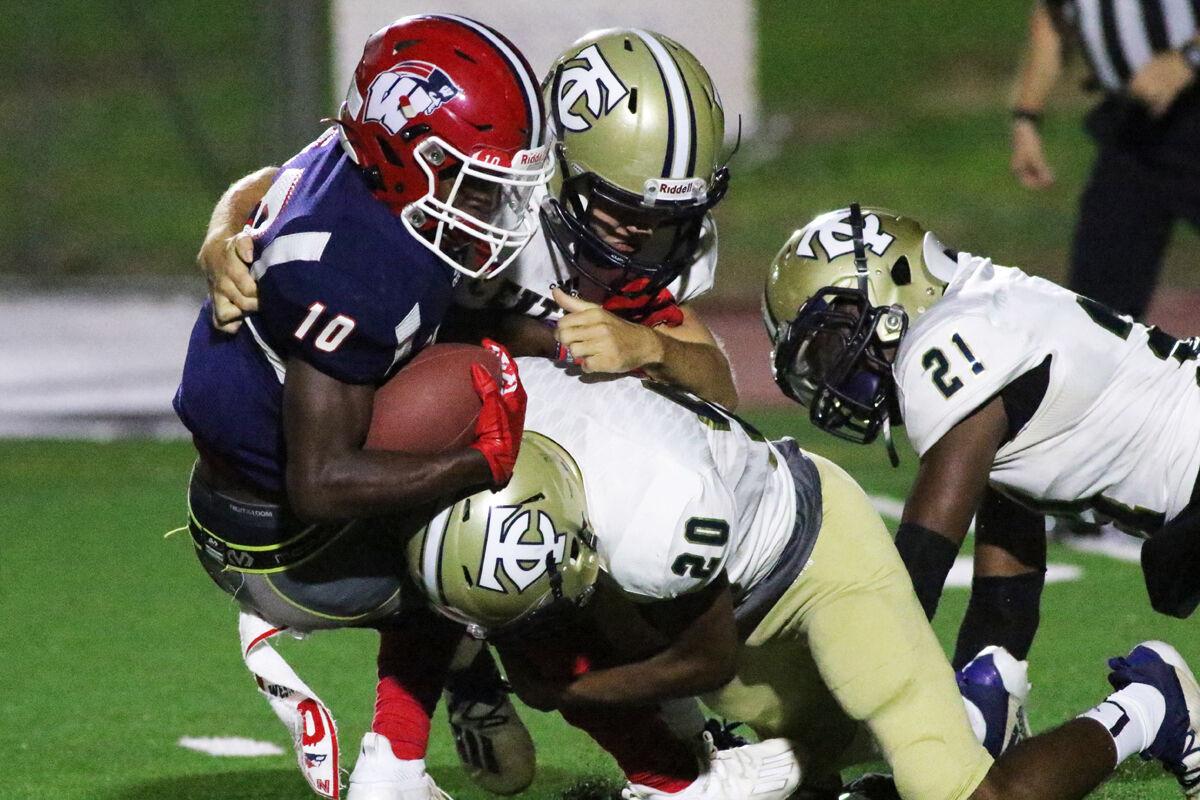 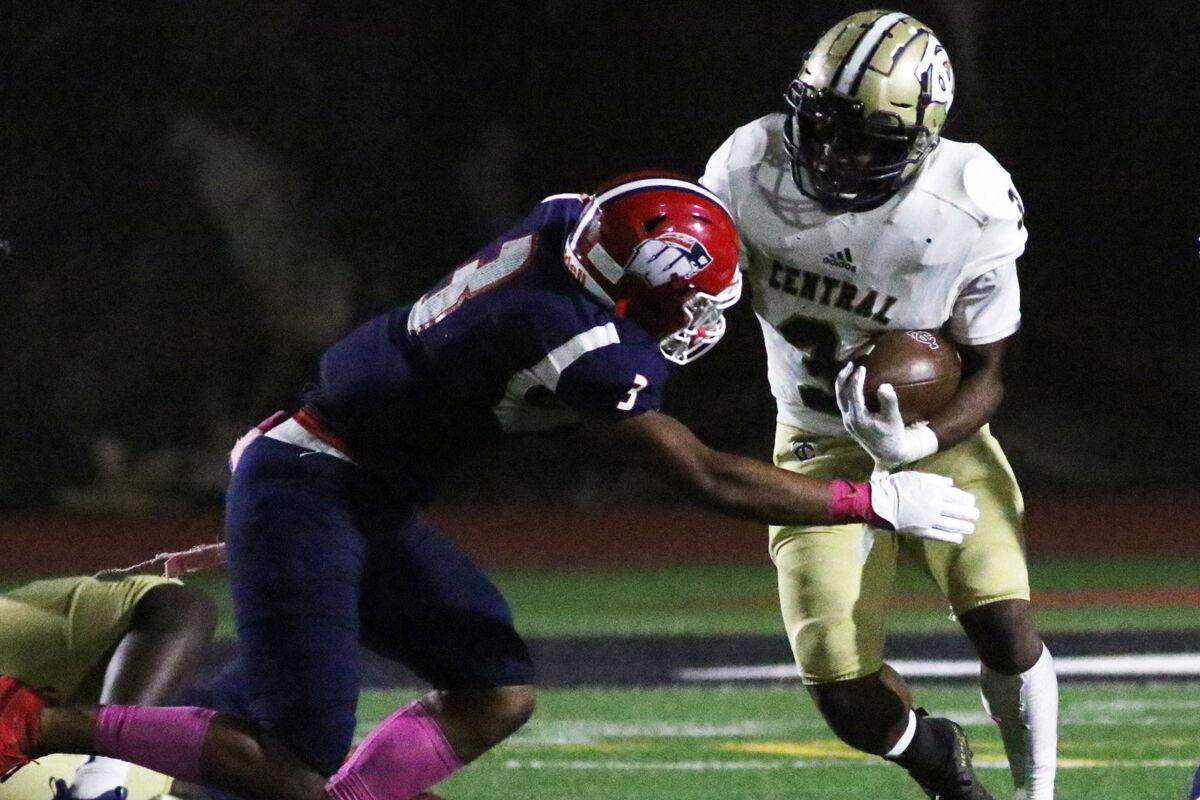 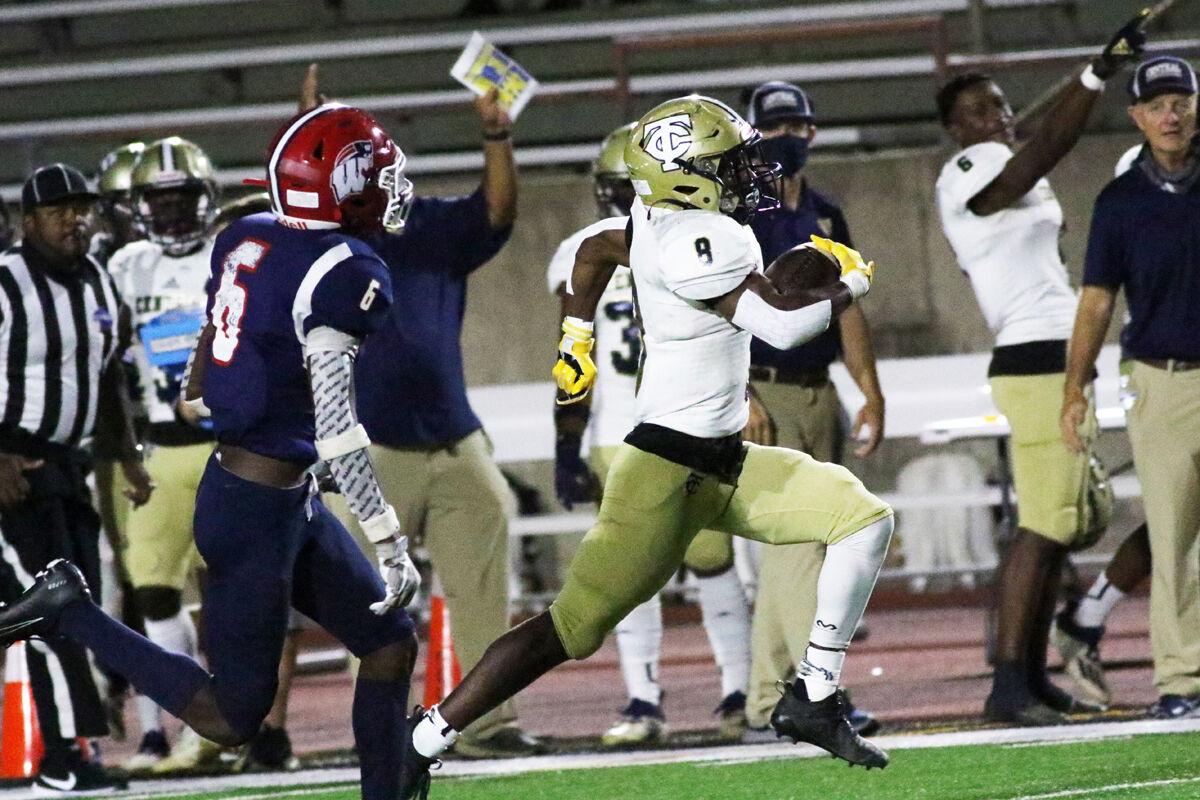 ALBANY — Tykeem Wallace cut to his left, followed a handful of blocks and dashed down the sidelines heading for the end zone.

Then Campbell Smith's extra point gave Thomas County Central a one-point lead with 11:12 left in the game before the Jackets held on for a thrilling 26-25 victory over Westover Friday night at Hugh Mills Stadium in a key Region 1-4A contest.

It wasn't easy, but Thomas County Central evened its record at 3-3 overall on the season, but more importantly, stayed unbeaten in region play at 2-0 after a win in Albany over a Dougherty County team for the second straight week. The Jackets beat Monroe last Thursday night.

"It's always good to win when you don't play your best," TCC head coach Ashley Henderson said. "Our guys played good enough and made plays when they had to to win the ball game. But hats off to those guys. Westover is a good football team.

"Coach (Olten) Downs does a tremendous job and they have some dudes, man. Our guys knew that. We knew we were walking into a very different situation than what we walked into last week. Our kids found a way to win a ball game, and that's what good football teams do, even when you don't play your best, you find a way to win the ball game.”

Wallace's 92-yard kickoff return for a score tied the game at 25-all, answering Westover's go-ahead touchdown when Reginald Williams scored on a 13-yard run at the 11:40 mark of the final quarter, giving the Patriots a 25-19 lead.

But Westover took the game to the wire.

The Patriots (1-2, 1-1) marched to the Jackets' 7 and had the ball first-and-goal before a penalty moved them back to the 19 in the final minutes. After a 1-yard loss on first down, the Patriots moved to the 13 before the drive stalled and they faced fourth down.

Westover called a timeout as less than a minute remained. Even though the Patriots' kicking game had struggled, they lined up for a 32-yard field goal. When the attempt failed, going off to the right, the Jackets erupted in celebration.

"I love these boys ... we ain't done yet," quarterback Kalique Guyton said. "We're going to chase a region championship."

The Jackets struggled most of the night in all phases. Penalties negated promising plays. The defense had trouble stopping Westover's air attack as the Patriots took a 12-6 lead into halftime on a pair of first-half touchdown passes.

And Thomas County Central's offense sustained just one scoring drive that was more than 29 yards.

Wallace gave the Jackets an early 6-0 advantage on their second drive of the game. On a busted play in which TCC fumbled, Wallace recovered the ball and somehow found a small hole, then dashed 66 yards for a score at the 7:47 mark of the first quarter.

Guyton fired a pair of touchdown passes in the second half — a 6-yarder and a 19-yarder — to Adam Hopkins in the back-and-forth affair before Reynolds gave Westover the lead at 25-19.

Henderson was glad to be on positive end Friday night after the Patriots gave his team all they could handle.

"It was kind of a war of attrition ... field goals and extra points for both teams," Henderson said. "It came down to a kick — funny how that works when both teams are like that in their kicking and it comes down like that.

"Again, it was heckuva ball game and they (Westover) are a heckuva team. They are going to be right in the middle of this thing. It's not over by any stretch."