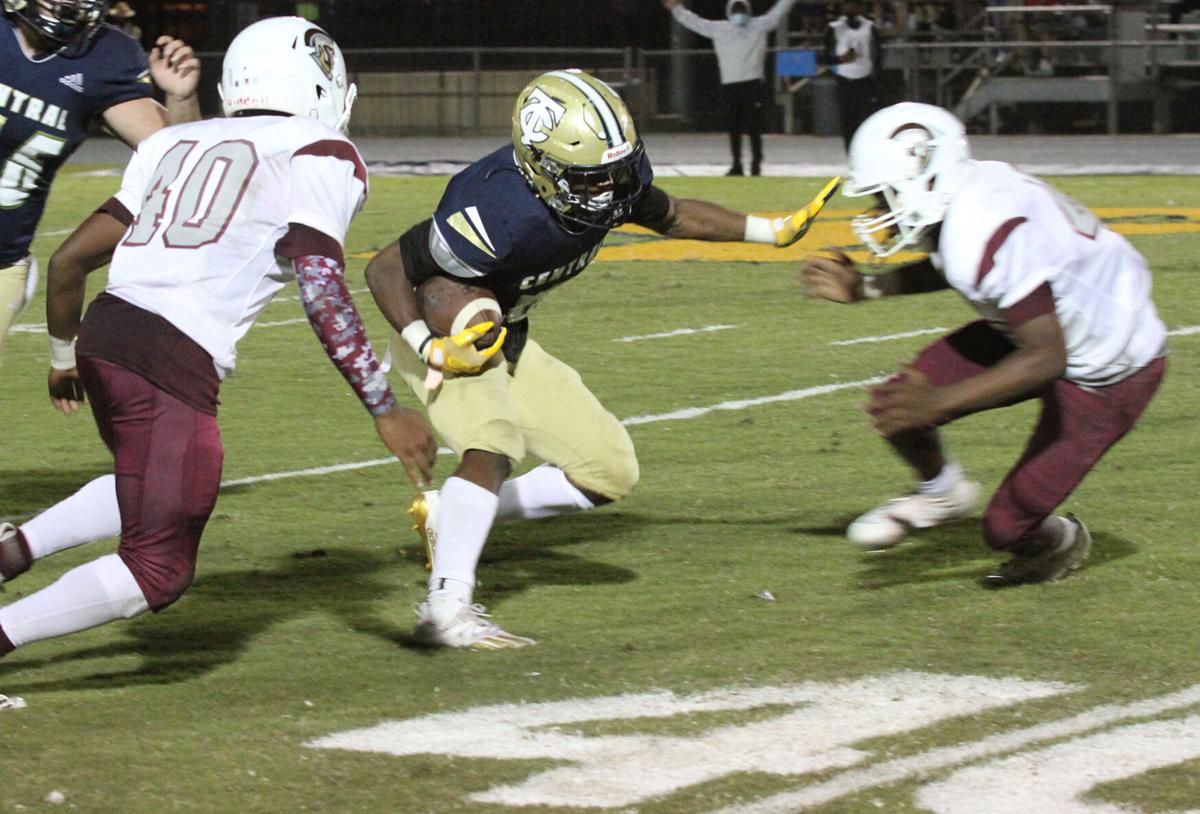 Tykeem Wallace fends off two Dougherty defenders on his way to a 44-yard TD run in the second quarter. 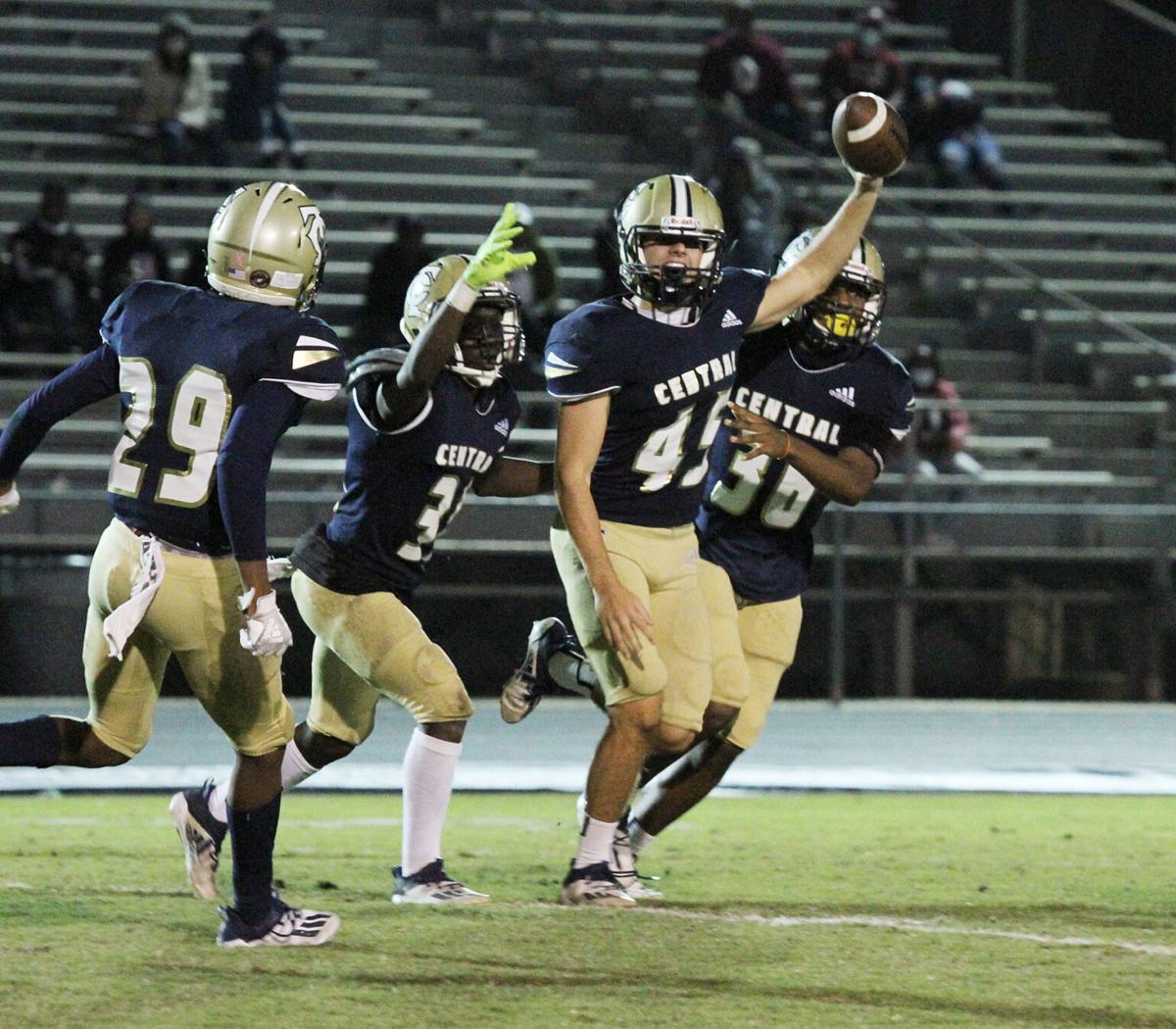 Brice Hopper (45) holds the football aloft after recovering a muffed punt in the third quarter.

Tykeem Wallace fends off two Dougherty defenders on his way to a 44-yard TD run in the second quarter.

Brice Hopper (45) holds the football aloft after recovering a muffed punt in the third quarter.

THOMASVILLE — On a night the Thomas County Central Yellow Jackets honored their most successful coach in program history, they also ended a state playoff drought.

The Jackets named the field at The Jackets’ Nest in honor of Ed Pilcher, who led the program to five state titles in six seasons, and then held on for a wild 42-33 win over Dougherty on Friday night.

The Jackets improved to 4-5 on the season and finished the Region 1-AAAA slate at 3-2, earning them the region’s No. 3 seed.

“The guys were phenomenal,” said fill-in head coach Phillip Duplantis. "Both sides of the ball picked each other up. That was a good football team. Now we’re just happy to be able to move forward and play in that first round, because that’s important to us.”

The Jackets also did it without head coach Ashley Henderson on the sidelines. Henderson had to quarantine from the team after a possible exposure to COVID-19, though the coach reported he has tested negative.

“It’s a culmination of a lot of hard work, obviously,” Duplantis said. “Twenty-four hours ago, I didn’t know we’d be in this situation. Here I am, in my first game as a head coach, which was interesting and exciting at the same time.”

The win put the Jackets into the Class AAAA state playoffs for the first time since 2017. They will meet Baldwin (4-1), the No. 2 seed out of Region 4.

“It’s paramount,” Duplantis said. “We have great fans. We have a great community. They expect us to be successful and they give us the support we need. So we have to continue to get better and grow. We’ll learn from mistakes here and we’ll get better next week.”

After a furious first 24 minutes, the Yellow Jackets led 35-25. The teams combined for 586 yards of offense — not including Gemarion Anthony’s 93-yard kickoff return that set up a Trojans touchdown.

One of the most dazzling plays of the half — and perhaps of the season — was Tykeem Wallace’s 44-yard touchdown run. Hemmed in by five Trojan defenders, Wallace wriggled away, then broke two more tackles as he raced down the sideline in front of the Central bench. His TD put Central ahead 35-18 with 4:36 to go in the first half.

But the breakneck pace hit a screeching halt in the second half. In a matter of just six plays, the two teams each turned the ball over twice.

“We covered the heart attack routine,” Duplantis said. “Everybody is feeling good now.”

And after 352 yards in the first two quarters, Central managed just 18 in the third.

The lead shrank to 35-27 when Adam Hopkins was tackled in the end zone for a safety on a punt return.

But the Jackets iced the game when Wallace went 22 yards, slipping out of a Dougherty defender’s grasp at the 9-yard line, with 7:00 remaining.

“The effort was there, for sure,” Duplantis said, “especially when we had that lull in the third quarter. Hats off to our coaching staff, which did a great job tonight.”