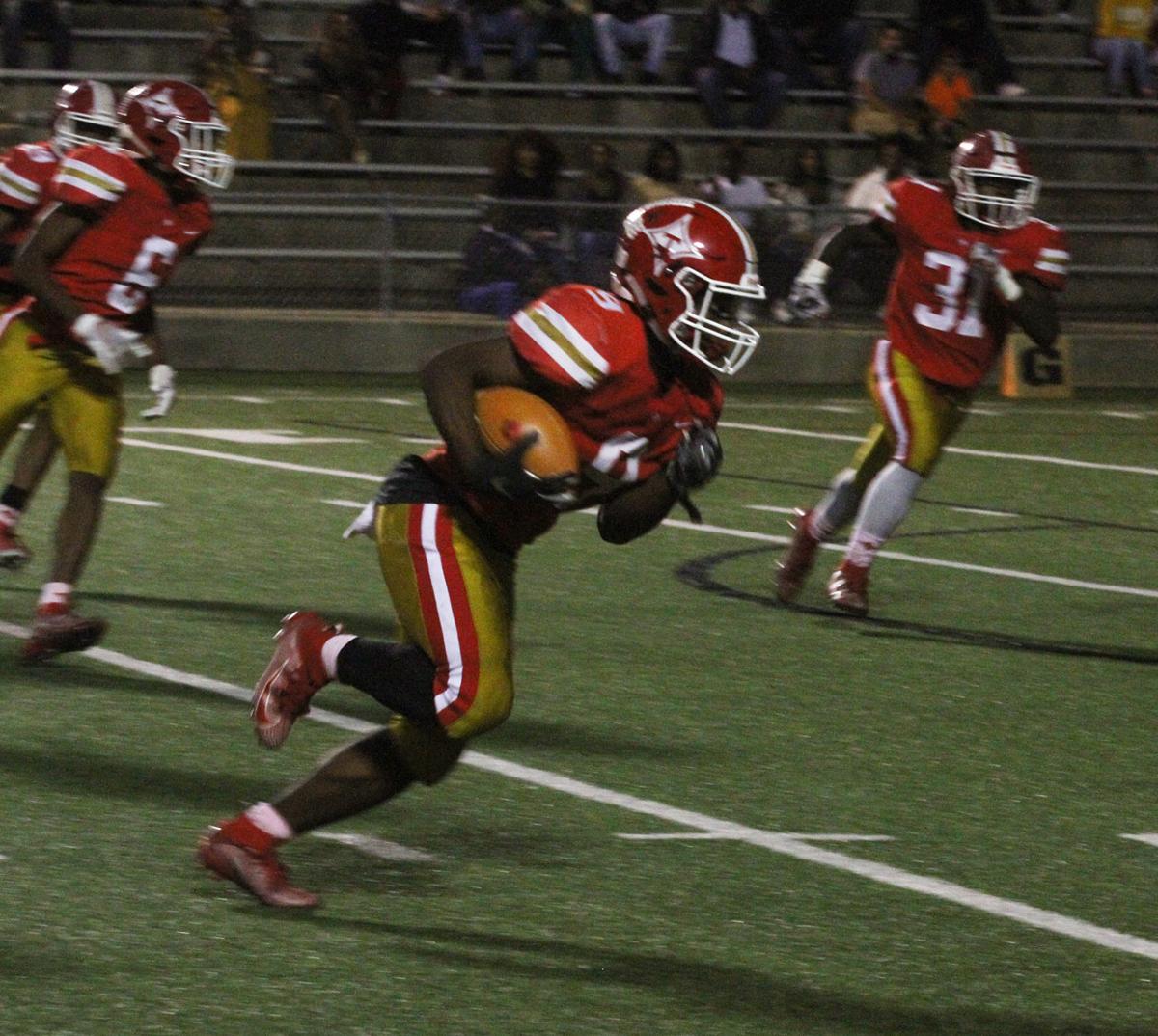 Ricky Fulton runs back a blocked punt 16 yards for a critical touchdown in Thomasville's win over Rabun County. 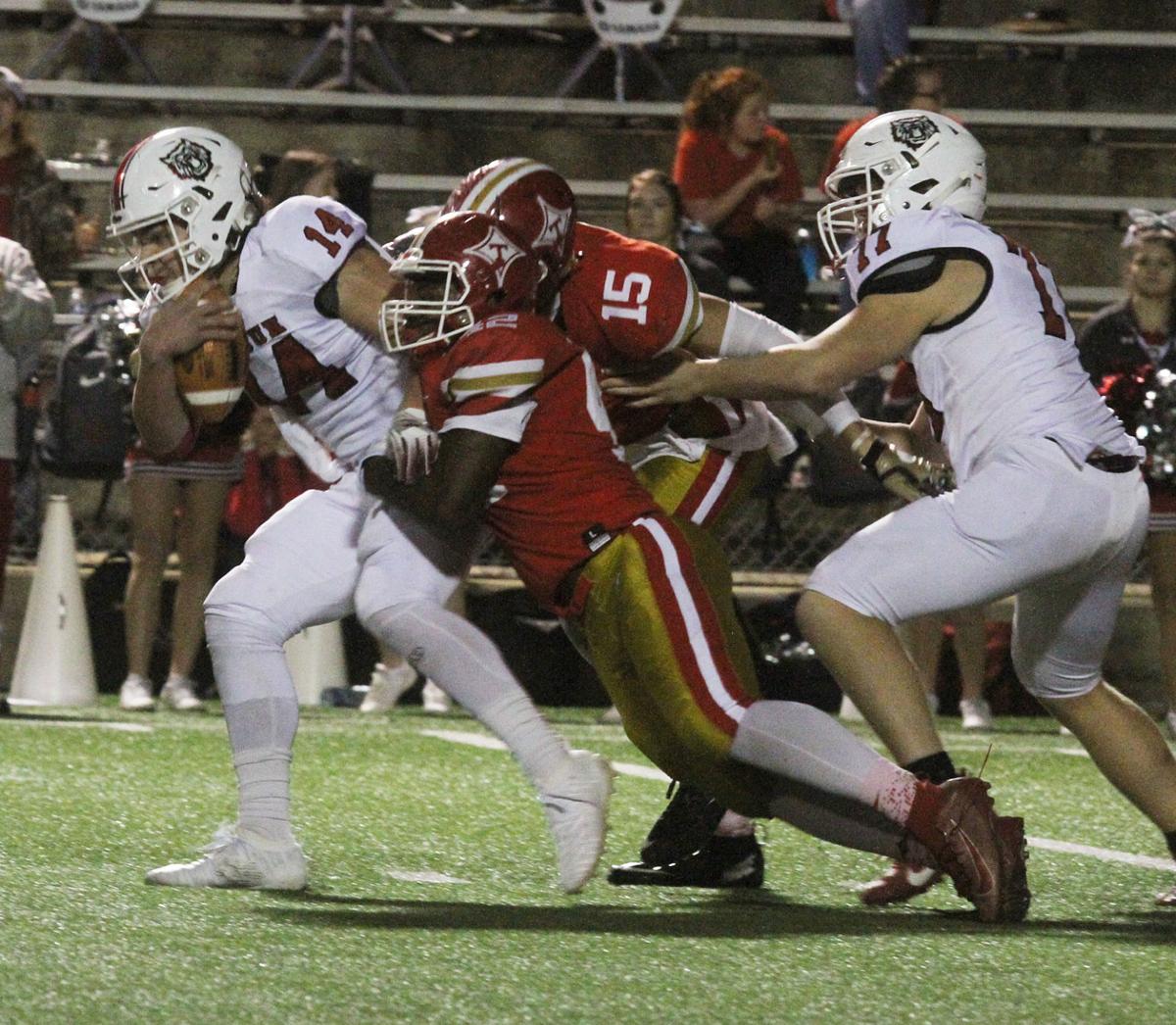 Ricky Fulton runs back a blocked punt 16 yards for a critical touchdown in Thomasville's win over Rabun County.

THOMASVILLE — The Thomasville Bulldogs needed every facet — and nearly every second on the clock — to assure one more game at home this season.

The Bulldogs used a pivotal third quarter to pull away from and then hung on against the Rabun County Wildcats for a 38-24 win Friday in the Class AA state football quarterfinals.

With the win, Thomasville will host Dublin next week in the state semifinal. The loss ended the Wildcats’ season at 12-1.

And it was wild almost from the start.

Ricky Fulton got the first of his four touchdowns on a 1-yard run to tie the game at 7-7.

“There’s no freak-out with these guys,” Grage said.

Baker found Fulton on a dump off, and Fulton bolted 54 yards down the Bulldogs’ sideline to put Thomasville in front 21-10 on their first third quarter possession.

Cochran and Fulton then turned in the night's biggest play, on special teams. Cochran blocked Stockton’s punt and Fulton scooped up the ball and rambled 16 yards for a game-turning touchdown.

“The margin of error in a quarterfinal game is so small,” Wildcats coach Jaybo Shaw said. “Credit to Thomasville — they played a great game. We just made a few too many mistakes. But we never stopped fighting. We kept swinging.”

Said Grage, “Looking back on it, it was really huge. It changed the whole dynamic of the game. To get those two scores back-to-back was huge.”

Fulton added a 12-yard touchdown run later in the third, and Hurston Waldrep connected on a 35-yard field goal with 8:24 remaining in the game.

Stockton, who was 16 of 24 for 316 yards, connected on scoring strikes of 10 yards to Keller and 30 yards to Braxton Hicks in the fourth quarter. The two teams combined for 928 yards of offense.

Stockton, though, was sacked and fumbled inside the Bulldogs 15 in the first quarter and threw a third-quarter interception. He had a 59-yard run in the third quarter but the Thomasville defense sacked or tackled the nation’s No. 1 sophomore quarterback prospect for a loss 10 times.

"They’ve got a really good defensive line,” Shaw said of the Bulldogs. “They’re very athletic. We had a hard time blocking them. We knew going in we had our hands full.”

Grage said that until the clock hit 0:00 — and Stockton’s final pass to the end zone fell barely incomplete — he was “on pins and needles.”

“With a team like that, so well-coached, they’re not going to give up, either,” he said.

Thomasville will host Dublin, a 35-12 winner over Hapeville.

“What our fans mean to this team, this community, you can’t put into words,” Grage said. “It's a great opportunity to come back home next week.”