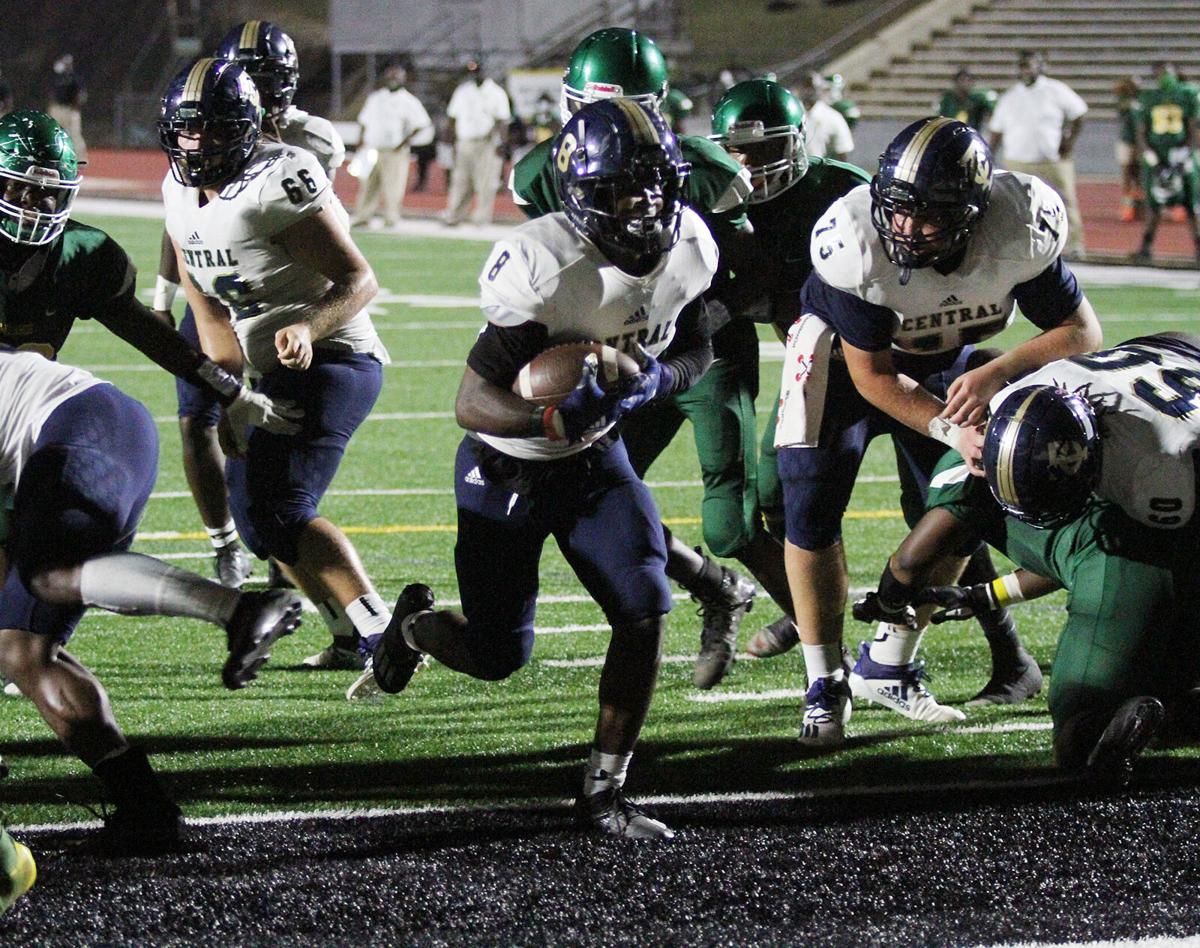 Tykeem Wallace (8) scores on a 1-yard run late in the first half against Monroe. 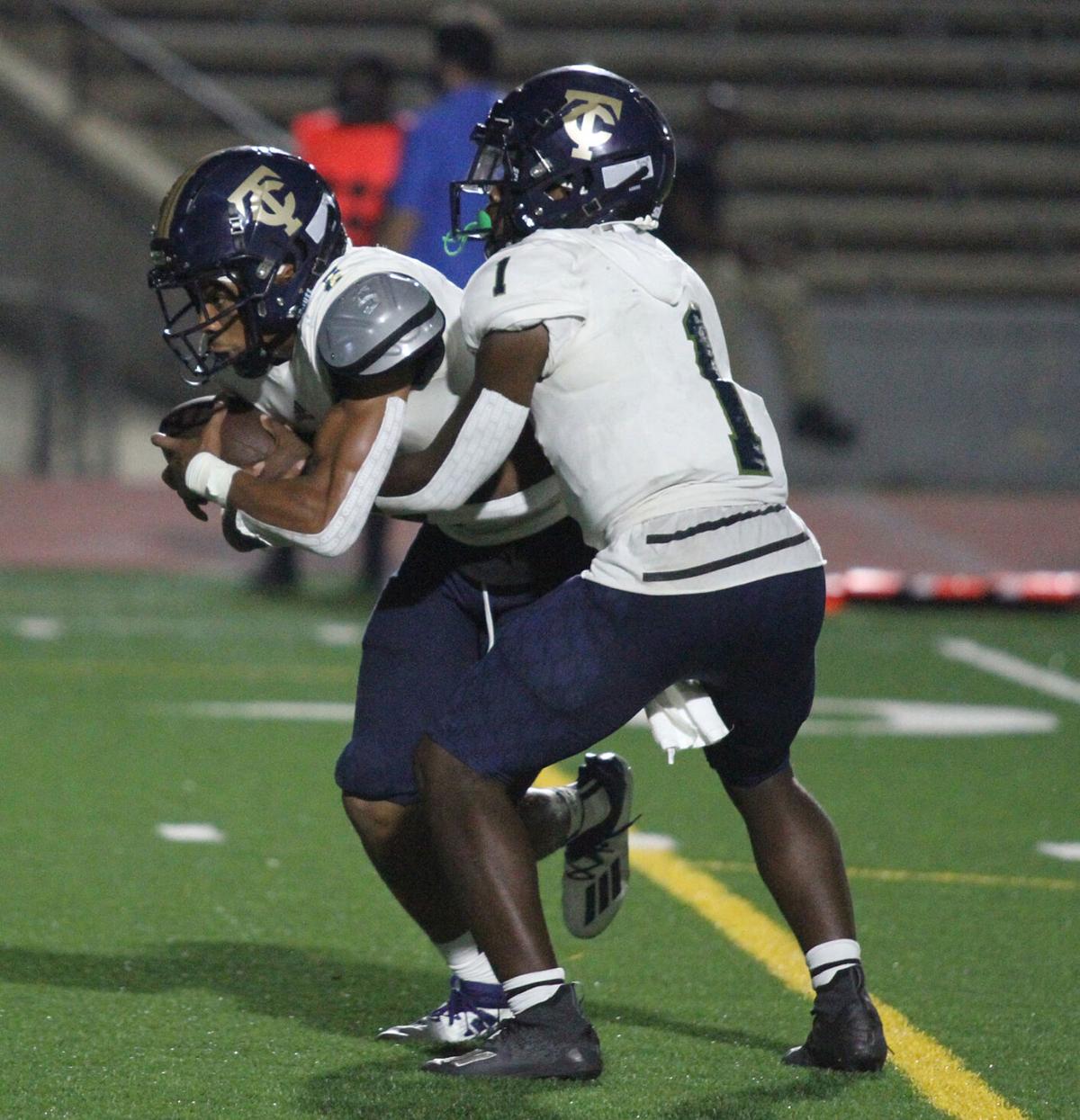 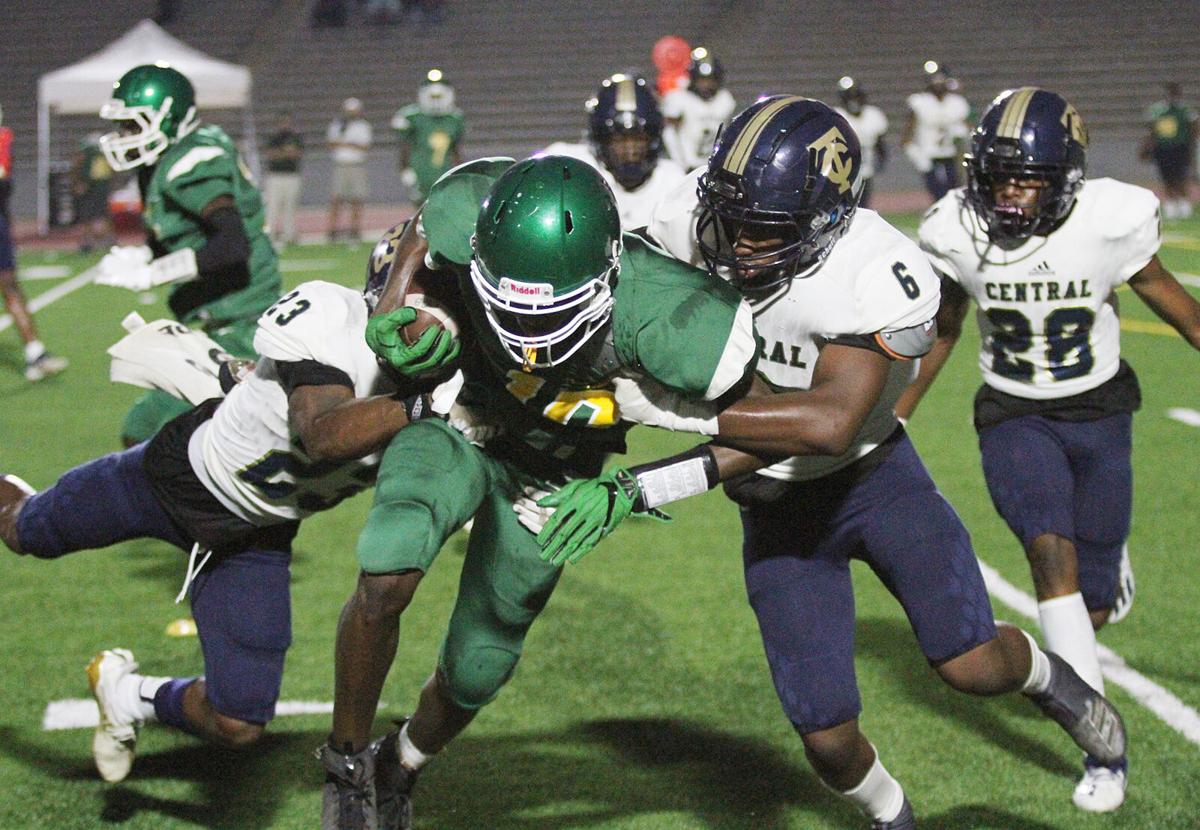 Tykeem Wallace (8) scores on a 1-yard run late in the first half against Monroe.

ALBANY — On a short work week, the Thomas County Central Yellow Jackets made quick work of the Monroe Golden Tornadoes.

The Yellow Jackets scored on five of their first six possessions and posted a convincing 35-8 win Thursday night in their Region 1-AAAA opener at Hugh Mills Stadium.

“It was awesome,” Central head coach Ashley Henderson said of his team’s fast start Thursday. “Our guys, our leaders really did what you expect them to do. It ain’t their first rodeo. They handled their business.”

The Yellow Jackets, now 3-3 on the season, completely dominated the first half. They accrued 257 yards of total offense, as senior quarterback Kalique Guyton went 10 of 14 for 194 yards.

The Yellow Jackets led 14-0 when their defense held on fourth down at their own 7-yard line. Two plays later, Guyton found speedy sophomore Adam Hopkins over the middle on a post pattern, and Hopkins outraced the Monroe defense for a 71-yard touchdown.

Guyton was picked off on the next possession but the defense again turned the Golden Tornadoes aside on downs. That led to an eight-play, 66-yard drive, with 36 coming on Tykeem Wallace’s catch and tackle-breaking run through the Monroe defense.

Wallace ended the drive with a 1-yard run with 14 seconds left in the half, giving the Jackets an insurmountable 28-0 lead.

Thomas County Central scored on its first possession of the second half. Persean Taylor’s 16-yard run on third down got the Jackets to the Golden Tornadoes 2, and Taylor finished the drive from there.

“We also wanted to feed our offensive line and get behind those big boys and grind it out,” Henderson said, “and that’s what we were able to do in the third quarter.”

Wallace got the first drive going with a kickoff return to the Jackets’ 45, and he finished it with a 1-yard run at the 10:22 mark of the first quarter.

Thomas County Central took advantage of a short punt on the next possession, going 47 yards in six plays. Guyton’s 17-yard run ended the march, and Hector Rodriguez’s PAT made it 14-0 barely five minutes into the game.

Henderson was understandably happy with how fast his team broke out of the game Thursday night.

“They earned this Sunday through Wednesday getting ready for the game.”

The Golden Tornadoes put together a 15-play drive on their second possession, getting to the Jackets 7. But after a bad snap on fourth down, quarterback Brandon McGill was forced to flip a pass to Micah Stewart and the Tornadoes lost five yards on the play.

“We got better tonight,” Henderson said. “We got better this week. We’ve gotten better every week, and that’s what we said we wanted to be doing when we got to region play and beyond.”

Monroe got a safety — following another fourth-down stop at the Jackets 3 — and then scored on the drive following the free kick for the Tornadoes’ scoring.