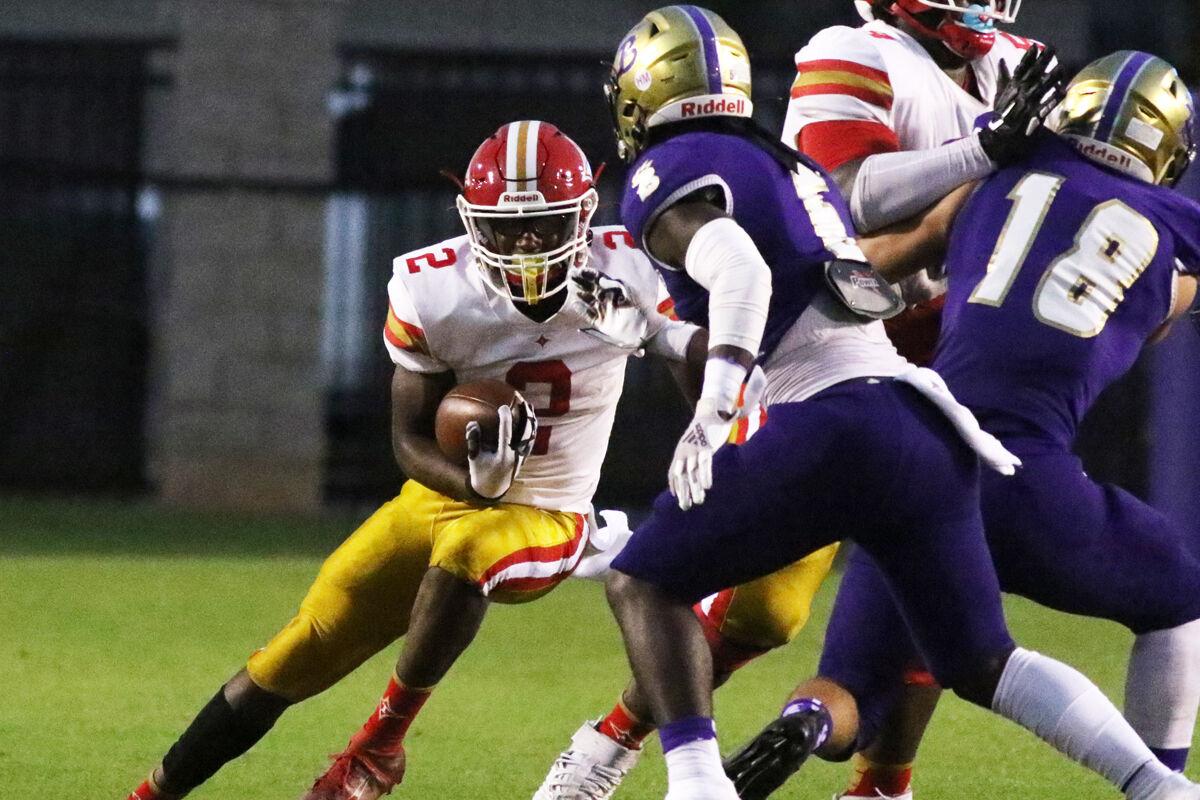 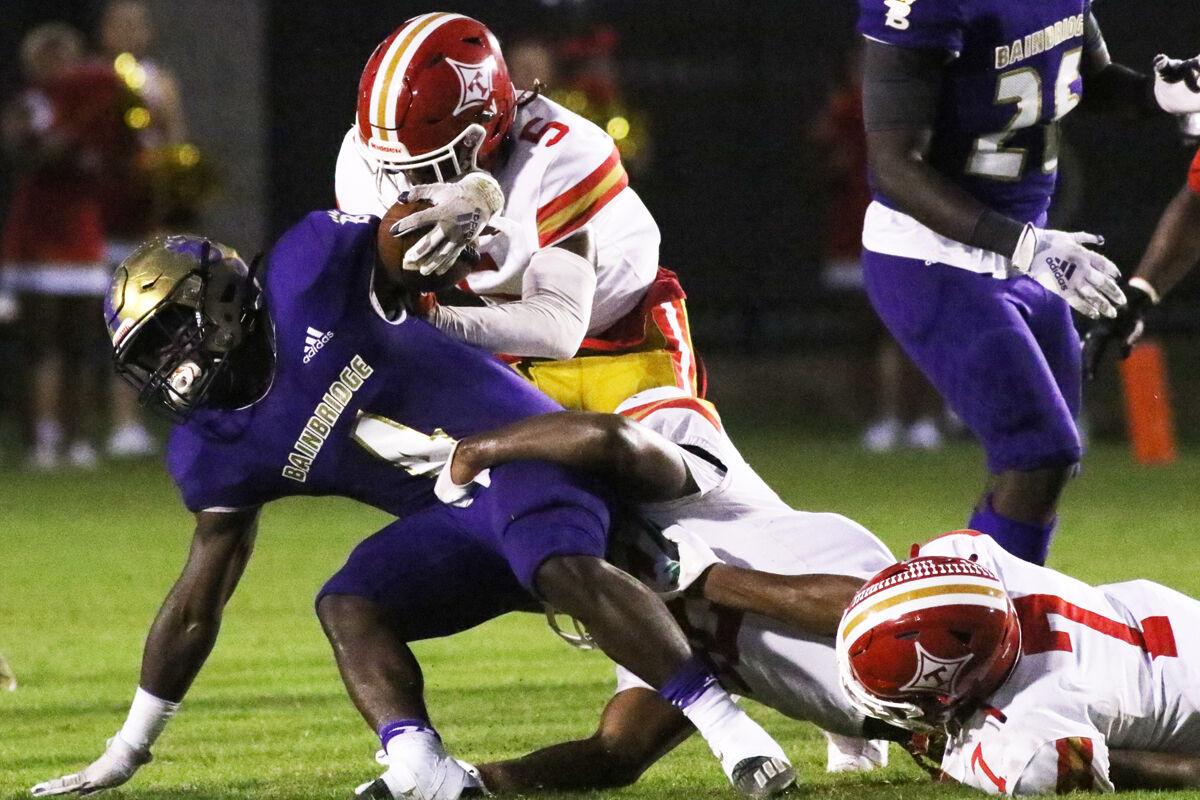 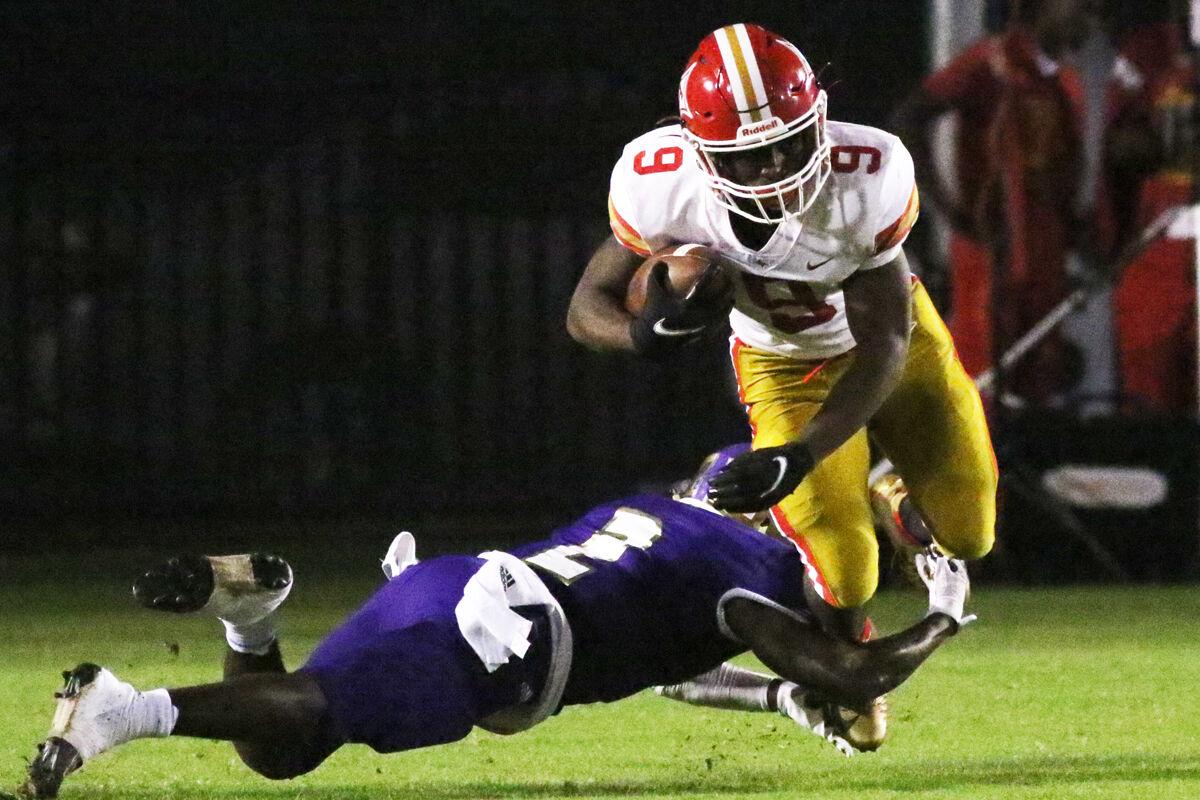 BAINBRIDGE — The hole opened and Ronnie Baker sprinted to the end zone as fast as he could.

Baker went 12 yards untouched and after being stuck on their end of the field for most of the first three quarters, Thomasville scored its first points after digging itself in a two-touchdown deficit.

But it wasn't enough.

Class 4A power Bainbridge picked up its first victory of the season, building a two-touchdown lead en route to a 21-7 nonregion victory over the Bulldogs on Friday night at Centennial Stadium.

Baker may have inserted his name into the boxscore with his touchdown scamper at the 51 second mark of the third quarter. But his 15-yard completion to Ricardo Johnson on fourth down from the Bainbridge 27 kept the drive going.

Thomasville's touchdown came a few minutes after an errant snap on a punt set up Bainbridge with a first down at the Bulldog 15.

Three plays later, quarterback Quayde Hawkins connected with Zay Chrispen on a 7-yard touchdown on a third-and-2 pass and a 14-0 advantage.

But the Bulldogs’ momentum was short-lived as Bainbridge answered on its ensuing possession, moving down the field and taking a 21-7 advantage on Caleb Lewis' 9-yard touchdown reception from Hawkins with 10:45 left in the game.

Thomasville's last-ditch effort to get itself back in the game failed when Bainbridge stopped the Bulldogs short on fourth-and-1 from their 30.

"We couldn't get out of own way offensively," Thomasville coach Zach Grage said. "We really challenged our guys. When things seem to be going good, they go good. When they go bad, they get bad.

Thomasville, a team averaging 31 points a game, couldn't get anything going into the first half. The only time they penetrated Bainbridge's territory in the first two quarters came early. Tyrun'dai Hayes intercepted the Bearcats on their opening drive and returned to the Bainbridge 43. But a few plays later, the Bulldogs ended back up in their territory and were forced to punt.

Thomasville (2-2) had terrible position in the first half. Twice, they had the ball inside their 5-yard line.

"That's high school ball," Grage said. "They did a really good job of backing us up, and we just couldn't get out of it. We had one first down in the first half and it came right there at the every end.

"I will say this, like we told them at halftime. If you look at our defensive performance, it was unbelievable. To be backed up in your own end zone for 24 minutes and to give up seven points at the very end of the half is pretty impressive. Like I told them, Jesus Christ was looking out for us. "

The Bearcats (1-2) played field position and had to use some trickery to move inside the red zone to set up its first score. Braxton Johnson, on a reverse pass, fired a 41-yard completion to Lewis. It set up Rashad Broadnax's 2-yard run after it looked like he was going to stopped behind the line of scrimmage.