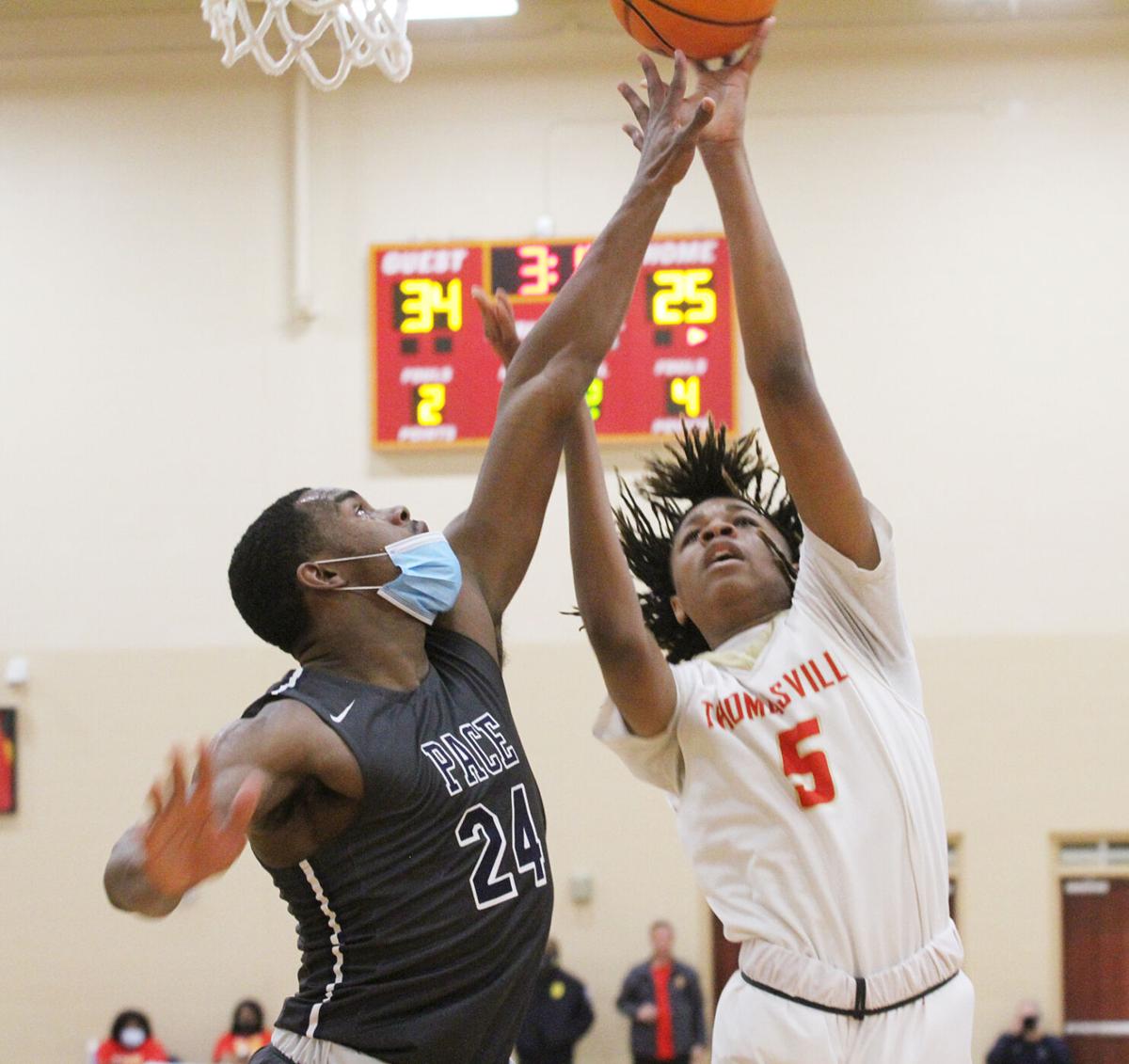 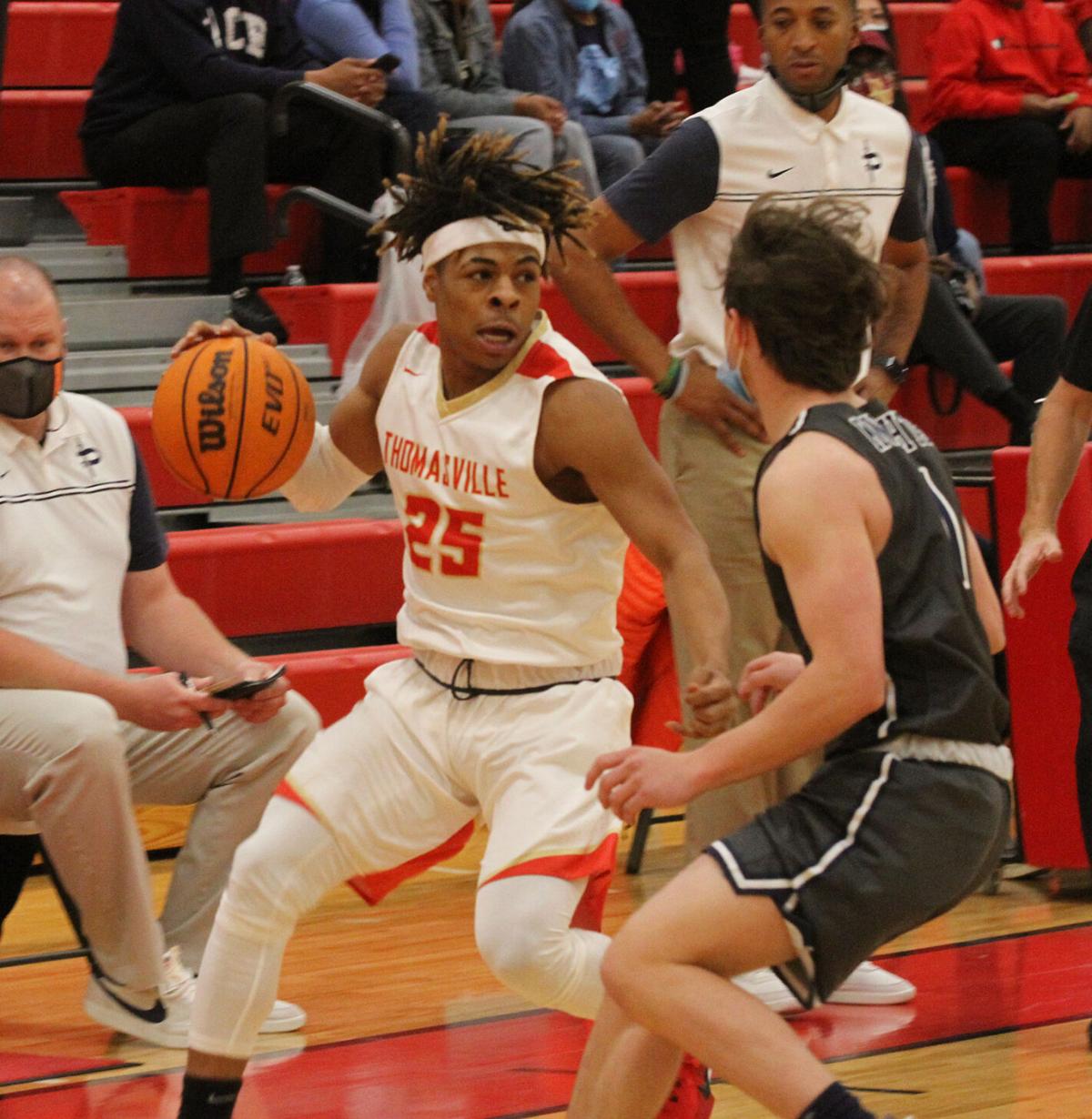 Adrian McQueen looks to get around Pace Academy's Josh Mininberg. 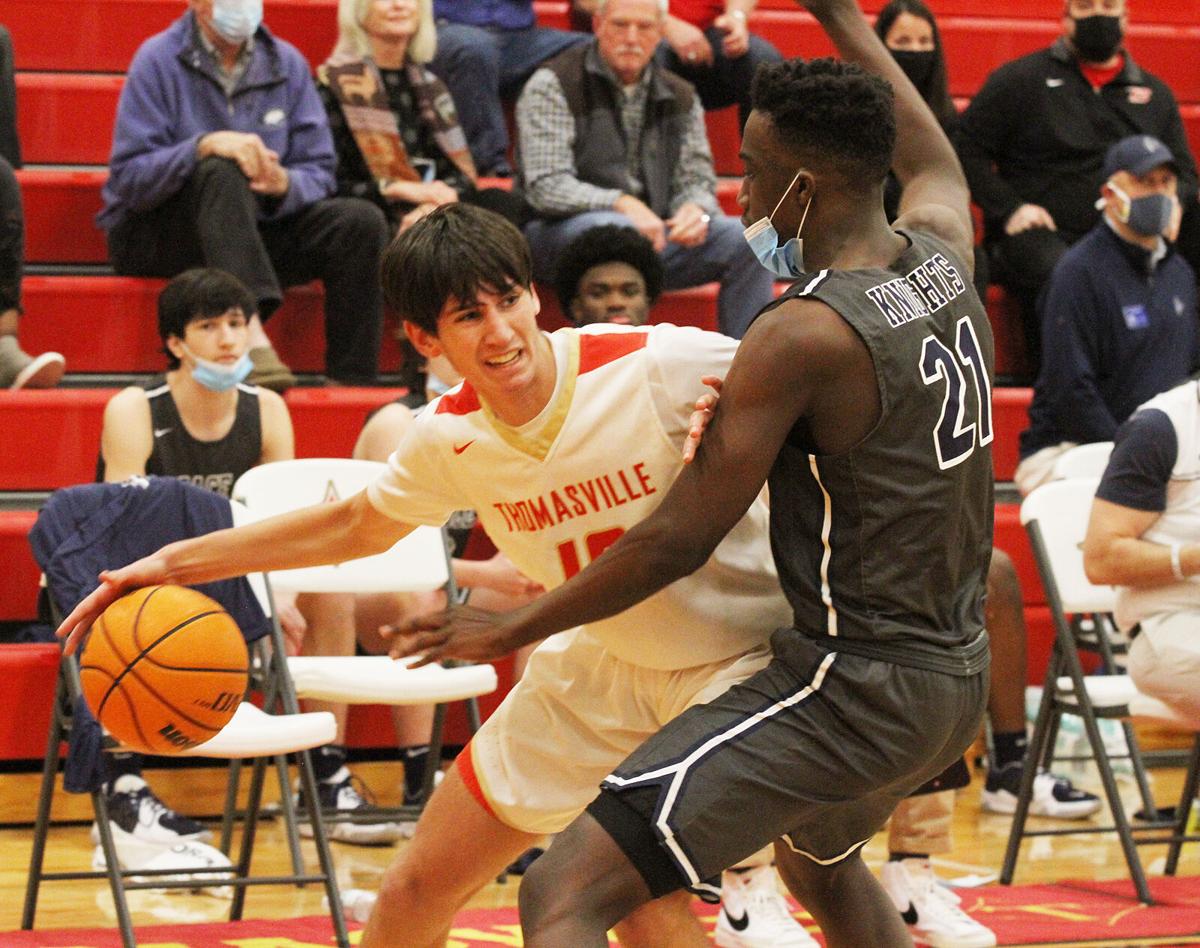 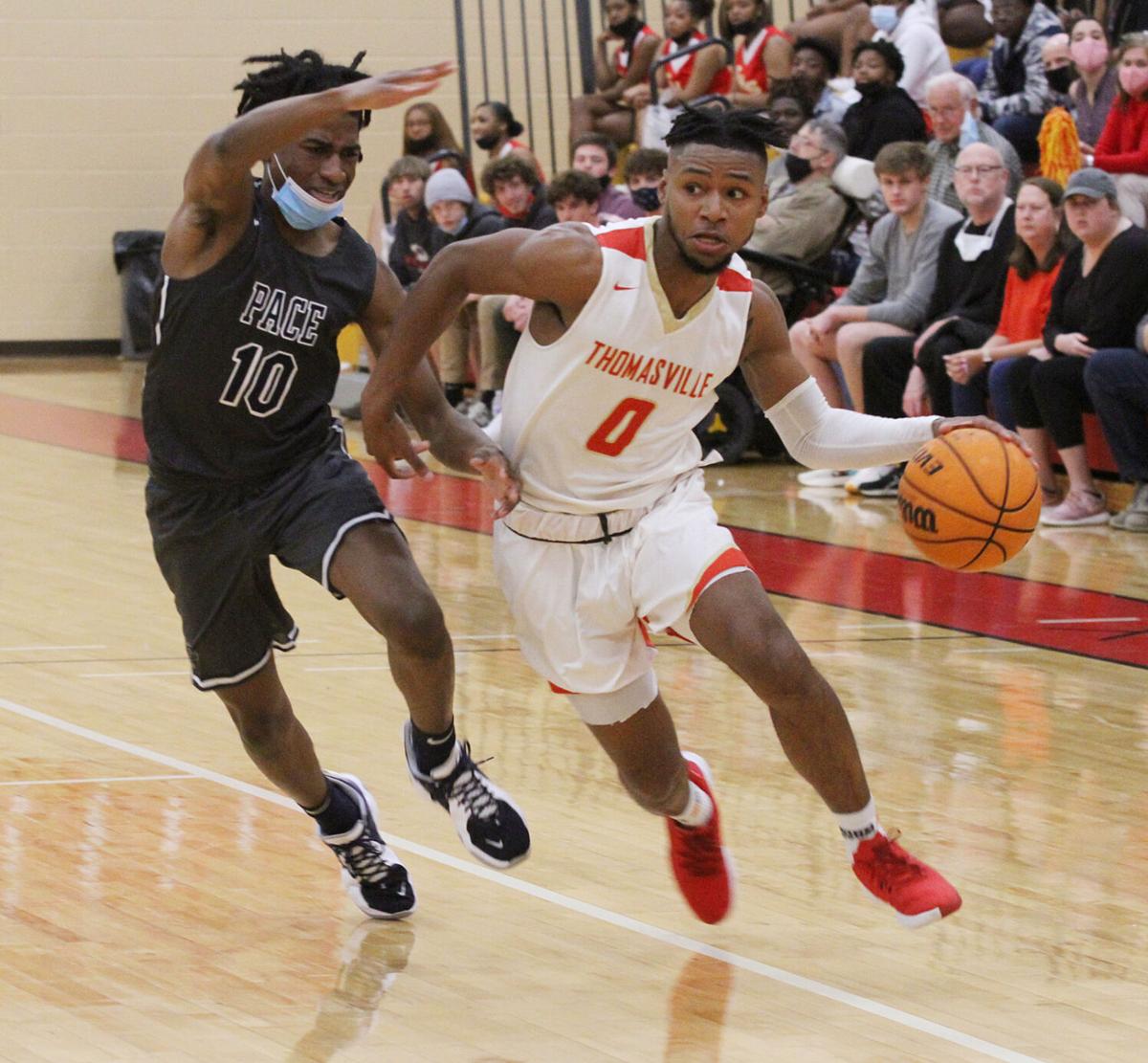 Clifford Davis drives to the basket in the first half of the loss to Pace Academy.

Adrian McQueen looks to get around Pace Academy's Josh Mininberg.

Clifford Davis drives to the basket in the first half of the loss to Pace Academy.

Along with facing the state’s No. 1 Class AA boys basketball team, Pace Academy, along with the No. 2 prospect in the state, the Bulldogs also had to go up against a front court that went 6-foot-7, 6-6 and 6-6.

The visiting Knights pulled away in the second half and downed the Bulldogs 56-44, ending Thomasville’s season. Pace will face Columbia on Thursday for the state championship.

“I’ve four great seniors and those kids came out and fought for us tonight, and that’s all I can ask for,” Tillman said. “They had a (great) season.”

The Bulldogs got off to a fast start, even as Pace keyed its defense on Clifford Davis. Thomasville hit four 3-point shots in the first quarter, and Harrison Jackson’s 3 with 7:06 left in the first half put the Bulldogs up 17-12.

Davis got his first basket of the game, a 3, at the 3:04 mark to put THS back in front 23-20. But Pace got the final two 3s of the half, including star forward Matthew Cleveland’s shot from 22 feet out just before the halftime buzzer.

Pace slowly widened its three-point halftime lead in the third quarter as its defense suffocated the Bulldogs. Thomasville missed its first six shots of the quarter, all from 3-point range. Josh Mininberg followed his own 3-point bucket with a driving layup to put Pace ahead 39-27.

“They’ve always been close games at the halftime,” Tillman said of the Knights. “They always make their push in the second half. We knew the first four minutes of the second half were going to be huge. We came out and got three fouls back to back, and that hurt us.

“Still, we had an opportunity down the stretch but then Tyson (Anderson) got in foul trouble.”

Josh Reed’s drive down the baseline gave the Knights their biggest lead at 54-38.

Pace (27-1) held the Bulldogs to a season low in points. Thomasvile’s previous low had been 46 points, in a season-opening win over Bainbridge.

“We always tell our guys defense has to travel when you go into tough places,” said Knights coach Sharman White. “And this is a tough place, probably the toughest place we’ve played all year. Our guys dug in defensively. We knew these guys could really shoot the basketball. I give credit to our guys for buying into the game plan.”

Cleveland, regarded as the state’s No. 2 prospect and a Florida State University signee, finished with 14 points, Mininberg, who hit three 3s on the night, had 13 points, and Reed scored.

Davis had 10 of his team-high 13 points in the fourth quarter, and Anderson had 11 points before fouling out. Jackson added nine points.

Even with the loss, to a team ranked in the top 20 in the nation no less, Tillman congratulated his team for the achievement of making the Final Four.

“I’m so proud of these guys,” he said, “not just for going through the pandemic but how hard they fought. They fought to the end of the ballgame. I’m so proud of them for that. Pace has some big kids, but we have some huge hearts down here in south Georgia. We made some Atlanta and north Georgia folks realize that south Georgia kids can play some basketball, too.”